For second time in three days, Federer needs five sets to prevail at US Open 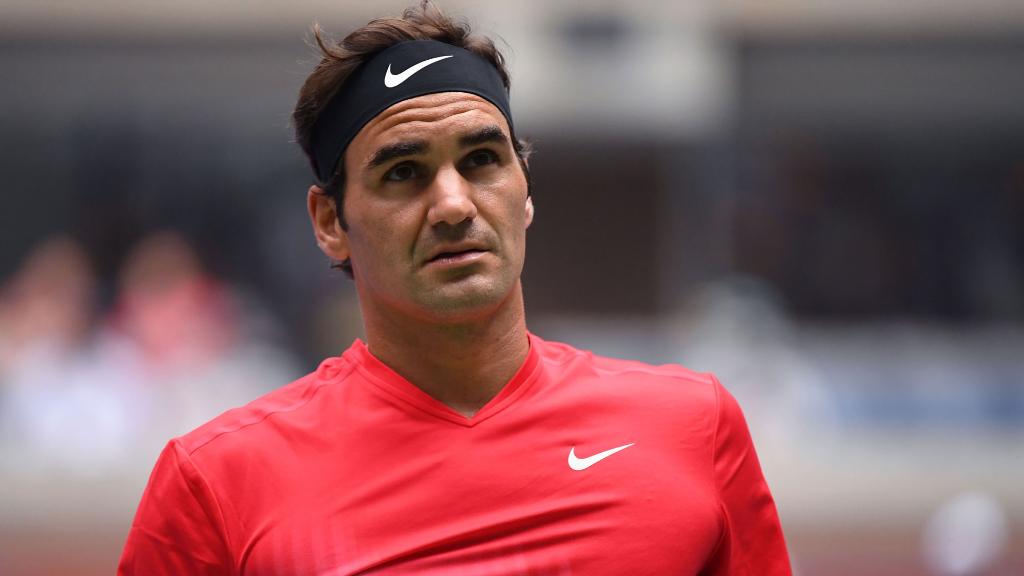 NEW YORK –– When Roger Federer led Mikhail Youzhny by a set and a break in their second-round US Open match on Thursday, it seemed for all the tennis world like he was headed toward a walk in the park. After all, Federer entered with a 16-0 career mark against the 35-year-old Russian journeyman and this latest encounter looked like it could end in about 90 minutes. Federer was actually coming off a day in the park, having practiced in Central Park during his day off on Wednesday, when he said 20 courts worth of people stopped playing to watch him play. Youzhny, by contrast, had spent 3 hours, 6 minutes on court Wednesday in his first-round match. But the match took several dramatic turns, with Youzhny getting the better of the 19-time major champion for two sets before Federer finally prevailed, 6-1, 6-7(3), 4-6, 6-4, 6-2 in 3 hours, 8 minutes. Federer, who didn’t lose a single set en route to his eighth Wimbledon title this summer, has now lost four sets through two matches here and has spent 5 hour, 45 minutes on court. He has played back-to-back five-setters to open a major tournament for the first time following his five-set win over American Frances Tiafoe under the lights on Tuesday. “These five-set battles are actually quite a lot of fun, I feel quite warmed up by now,” the five-time US Open champ joked on court after the win.

“My preparation hasn’t been good at all here.”

??@RogerFederer opens up in the Press Room. Listen in to #RF on the 7-Train ? at the #USOpen pic.twitter.com/HHZdHnn4Xt — Tennis Channel (@TennisChannel) September 1, 2017

The 36-year-old Federer improved to 29-20 in five-setters for his career and will next play No. 31 Feliciano Lopez in the third round on Saturday. Lopez prevailed over fellow Spaniard Fernando Verdasco in four sets. As was the case with Youzhny, Federer is unbeaten against Verdasco (12-0). After rolling to an early lead, it was unclear if Federer’s back began to bother him. He withdrew from Cincinnati two weeks ago because of the back but said after this match it wasn’t an issue. “No good, better than the first round so I’m happy,” he said. “This match wasn’t about the back, which is good. This is just more a grind.” The grind is apparent. After getting broken just four times during seven matches at Wimbledon, Federer has already been broken eight times through two matches here. Through two matches, he has made 104 winners against 124 unforced errors, with his backhand looking especially sketchy. Meantime, after Youzhny appeared in command in the middle stages of the matches, he began to break down physically toward the end, the result of playing nine sets across more than six hours in two days. He was grimacing, talking to his box and walking in a stilted fashion as the match wound toward the fifth set. At one point it looked like he might just call it quits. With Federer serving in the third game of the final set, he lofted a lob over Youzhny’s backhand side. The Russian leapt in the air and grazed the ball before collapsing to the ground clutching his right thigh. After a few seconds of grimacing, he got up and went back to play, winning the next point. “I haven’t played a lot of guys with cramps in the last decade or so,” Federer said. “You’re no longer allowed to get any support from the physio if you get cramps so it’s hard to watch but unfortunately that’s how it is. I was feeling there for Mikhail and we go way back to the juniors, we played in doubles against each other, way back when. We played a bunch of times and this was probably our best match so it was fun playing out here today.” Federer then broke a weakened Youzhny to seize a 4-2 lead in the fourth before consolidating for a 5-2 lead. Federer then broke Youzhny again to win the match. His draw remains relatively open for Federer to potentially win his third Slam of the year and 20th of his career. He faces a potential quarterfinal against 2009 US Open champion Juan Martin del Potro, who advanced over Adrian Menendez-Maceiras 6-2, 6-3, 7-6(3). Looming is a potential semifinal matchup between Federer and No. 1 seed Rafael Nadal, who was set to play later Thursday night. “I’m pretty confident that I’m only going to get better from here,” Federer said. Photo: US Open Follow Adam Zagoria on Twitter And like ZAGS on Facebook

Serena Williams has baby girl as the US Open is happening