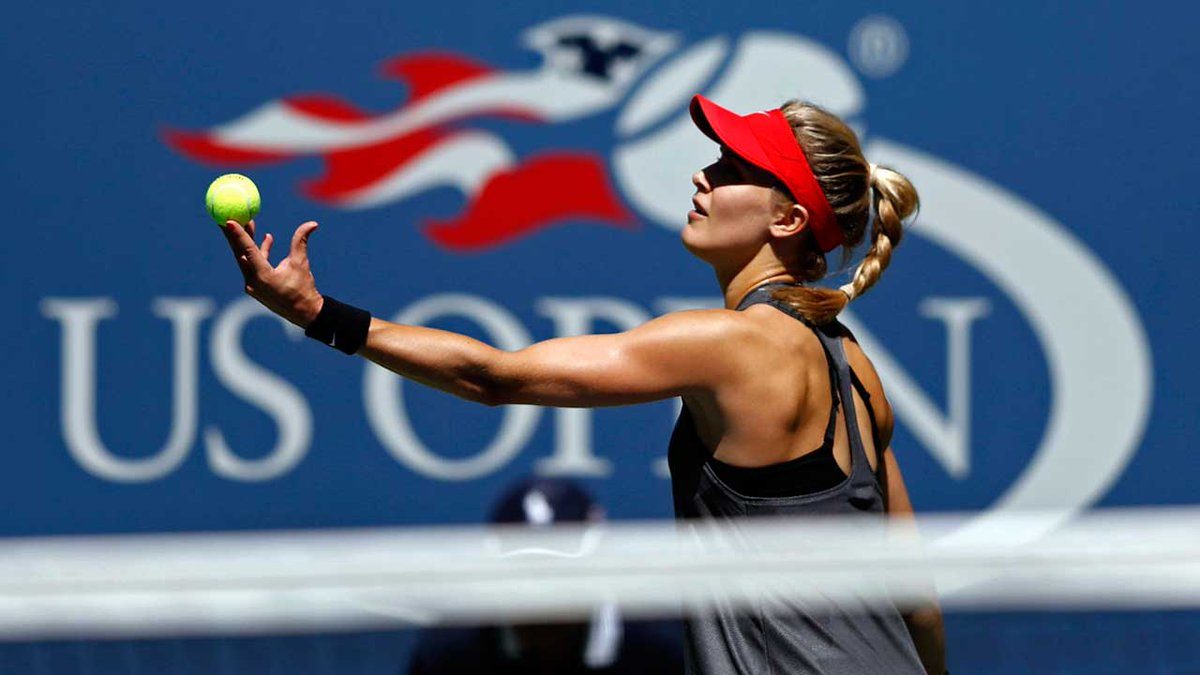 NEW YORK — Genie Bouchard confessed she was surprised to be playing her first-round match at the US Open in Arthur Ashe Stadium. After all, Bouchard is both an unseeded player and suing the United States Tennis Association over a locker room fall at the 2015 U.S. Open which left her with a concussion. “I was surprised, yeah, but it’s always an amazing opportunity to play on the biggest tennis court in the world,” the Canadian said after her 7-6(2), 6-1 loss to Evgeniya Rodina of Russia.

Both the conditions of the match and Bouchard’s post-match press conference were awkward, to say the least. “I’m able to concentrate on the tennis when I’m here, but, I mean, I definitely have bad memories from here two years ago,” she said. Now ranked No. 76 in the world after getting to as high as No. 7 in 2014, Bouchard is trending downward at the age of 23. She is now 11-18 this year with no titles. After losing in the third round at the Australian Open and the second round at Roland Garros, she fell in the first round at Wimbledon and now again here. She has never been past the fourth round in New York despite making the semifinals of the Australian Open and Roland Garros during her best year in 2014. “My confidence is not high at all at this point in time, and I definitely had question marks about what my level would be like coming out today,” she said. Bouchard was promptly asked about the status of her lawsuit against the USTA, which put her on its showcase court despite the situation, and said, “Yeah, we’re still in the process.” Reports indicate it could be headed for a trial after several attempts at mediation. “I don’t know,” she said. “I don’t know at this point.” Bouchard has also been a vocal critic of Maria Sharapova, who received a wildcard into the Open despite a 15-month doping ban. Sharapova stunned No. 2 Simona Halep in three sets on Monday night and was due to play her second-round match later Wednesday. Asked again about Sharapova, Bouchard said dryly, “Well, I mean, my thoughts on that are already very public, so…”

You should probably think about being a librarian @geniebouchard pic.twitter.com/ShlyXlHfaI

Rafael Nadal is yin to Roger Federer's yang at US Open