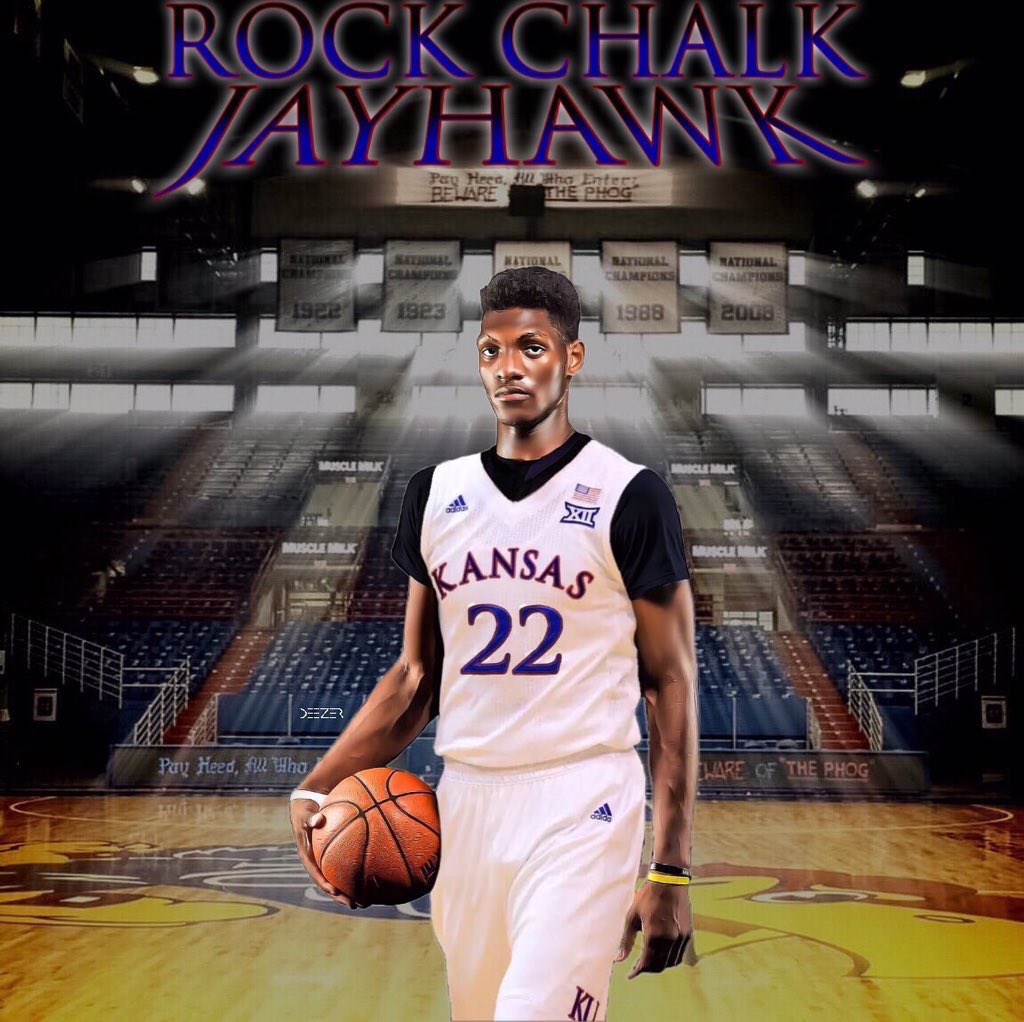 Kansas scored a huge commit Wednesday when Silvio De Sousa of IMG Academy (FL) pledged to the Jayhawks following a visit last weekend. “When I was there in Kansas, I couldn’t even express myself or how I was feeling,” De Sousa told the Journal-World. “When you love something, there’s no way you will describe it. I knew about their basketball but I didn’t know about the campus, the coaches and stuff like that. I felt like that was the place I wanted to be, the culture and the coaches were so great around me. That’s one of the things I’ve been looking for and I found that in them.” The 6-foot-8 Class of 2018 forward has a tremendous motor and and gets up and down the court in a hurry. He’s also great in the post and near the basket. “[I can] rebound, score, I’m really good at scoring the ball,” he told me last fall. “All I have to do is improve on my handle, my jump shot and everything else will come after that.” Ranked No. 18 nationally by Rivals.com, and No. 30 overall by the 247 Sports composite rankings, De Sousa, a native of Angola, had interest from Louisville, North Carolina and Kentucky and offers from Louisville and Syracuse, but visited Kansas last weekend with point guard Devon Dotson. “Once I find what I want, what I’ve been looking for, I wouldn’t like to take any more visits,” he told the Journal-World. “Kansas is my final destination.” Former IMG and current Duke point guard Trevon Duval had high praise for de Sousa  last year. “Really with him it’s just consistency because he can go out there and dominate,” Duval said. “If he keeps working and keeps playing hard and keeps the right mentality, he’ll be really, really good.”