Federer, Nadal Drawn to Meet in US Open Semifinals 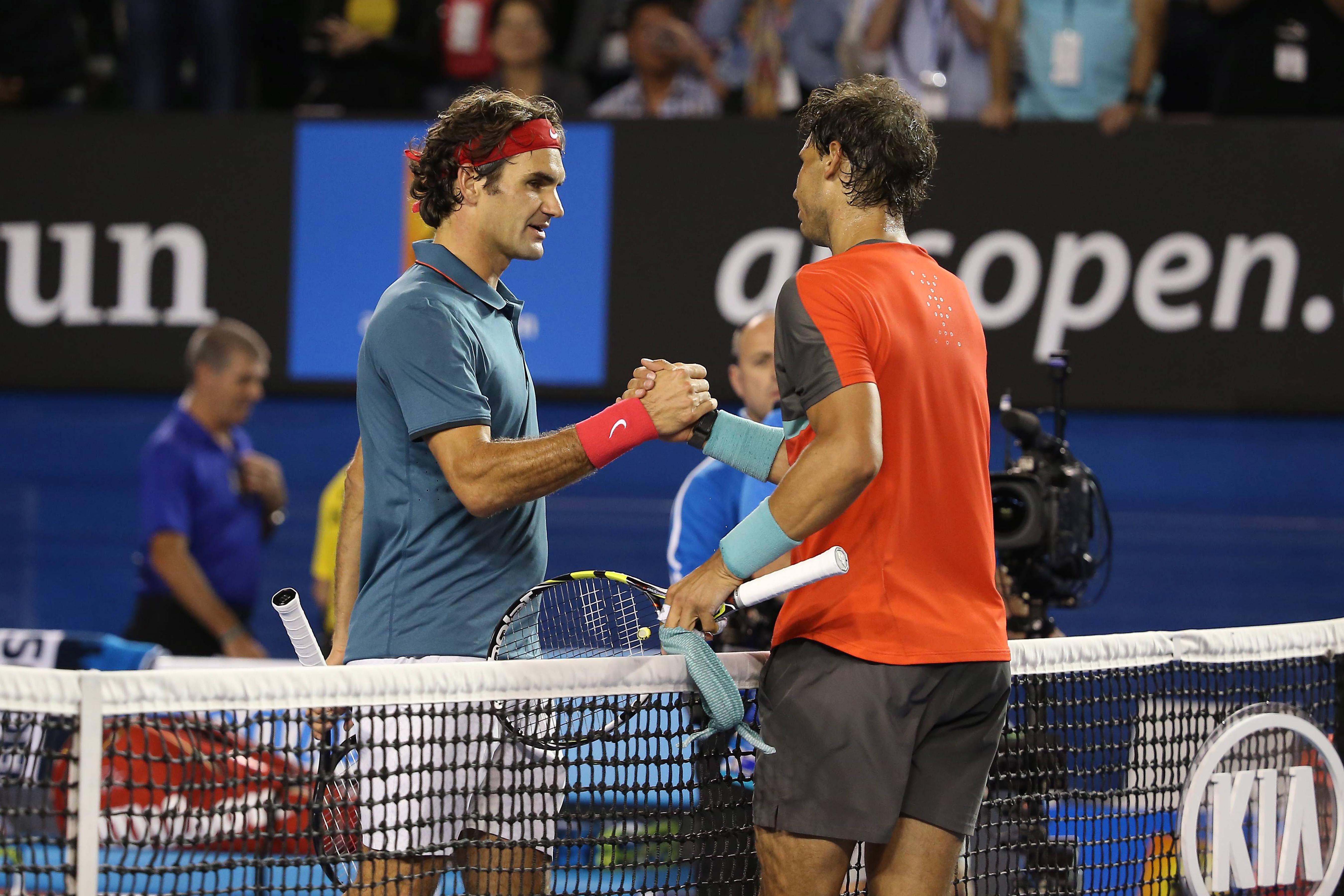 NEW YORK — Roger Federer and Rafael Nadal have squared off five times at the French Open, four times at the Australian Open and three times at Wimbledon. But the two arch-rivals have never met at the year’s final Grand Slam, the U.S. Open in New York. That could all change this year because the two tennis superstars were drawn on Friday to meet in the semifinals in two weeks. Top-seeded Nadal and No. 3 Federer could have been drawn to meet in a must-watch final on Sept. 10, but instead could face off in one semifinal with No. 2 Andy Murray potentially facing No. 4 Alexander Zverev in the other semifinal Sept. 8. “There’s a lot of tennis to be played, and I don’t want to do a disservice to any of the other great athletes who will be competing in the men’s singles,” Chris Widmaier, the managing director of communications for the USTA, told FanRagSports.com last month. “That said, it would be an incredibly special moment if, for the first time ever, Roger Federer and Rafael Nadal met in the men’s singles final. “Roger would be going for his 20th Grand Slam and he would be doing so when we are celebrating the 20th anniversary of Arthur Ashe Stadium. It would be historic on any number of any levels. Again, there’s a lot of great players out there. But it would be special. I think the New York crowd would love it; they would eat it up. And it would be a special moment in a historic year for our stadium.” Instead, they could face off for a spot in the final. Potential quarterfinal matchups include No. 1 Nadal/No. 7 Grigor Dimitrov; No. 3 Federer/No. 6 Dominic Thiem; No. 4 Zverev/No. 5 Marin Cilic; and No. 2 Murray/No. 8 Jo-Wilfried Tsonga.

Four of the top 11 men’s players in the world will miss the Open because of injury. Both last year’s champion Stan Wawrinka and runner-up Novak Djokovic are out, as are No. 10 Kei Nishikori and No. 11 Milos Raonic. Federer last month beat Cilic for his 19th Grand Slam title, and second this year following the Australian Open, where he beat Nadal in five sets in the final. At the French Open, Nadal won his 15th major title, and 10th at Roland Garros. Meantime, Nadal leads Federer 9-3 in Grand Slam matches, including 6-3 in finals. Yet, Federer has won their last four encounters, including the Australian Open final and two subsequent beatdowns en route to the titles in Indian Wells and Miami. Federer has won the U.S. Open five times, but not since winning the last of five straight in 2008. Nadal won the year’s final Slam in 2010 and ’13. They have come close to meeting in the tournament several times. From 2008-11, both Federer and Nadal reached the semifinals, but one of them always advanced to the final while the other lost. “I think that you’re looking at two of the greatest players of all time,” Widmaier said. “It’s not lost on us that they’ve faced each other at the three other Slams and have yet to face off at the U.S. Open. It would be a crowning moment for the sport, a crowning moment for the U.S. Open. They’re such great ambassadors for the sport of tennis, such great competitors, that it would be super special if it were to occur.”

Federer 'would love to play' Nadal at US Open, Rafa hoping for 'easier' opponent