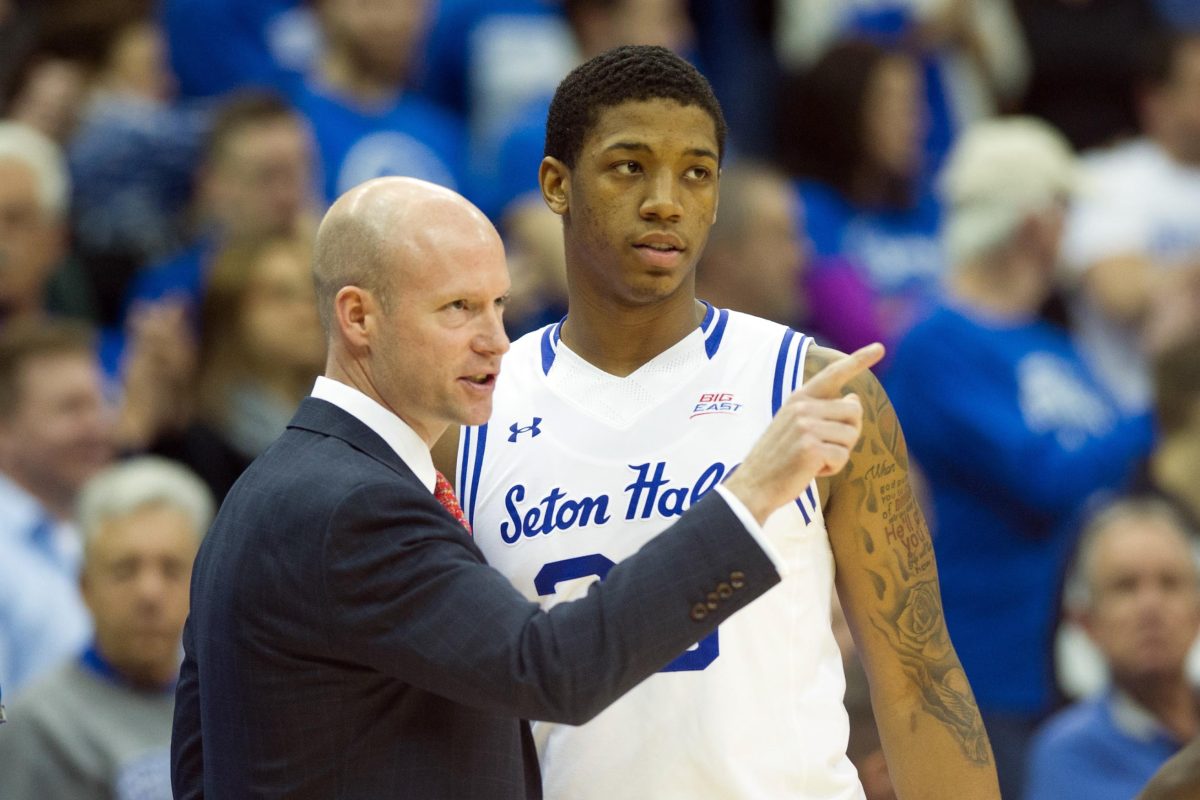 Kevin Boyle coached high school basketball in New Jersey for 20 years and even though he’s left for Montverde (FL) Academy he still follows the Garden State’s college basketball teams. The legendary prep coach has kept an eye on Seton Hall from his new school in Florida, especially now that the Pirates added his former player, 6-foot-10 forward Sandro Mamukelashvili. With the return of a strong core of seniors, including big man Angel Delgado, who debated turning professional and skipping his senior season, as well as another quality recruiting class, Boyle believes Seton Hall can make a deep NCAA Tournament run in 2018. “I think they can definitely be a Sweet 16 team,” Boyle said on The 4 Quarters Podcast. “And once you’re there, anything could happen. You could get to a final Eight, why not?” The Hall returns Delgado along with fellow seniors Khadeen Carrington, Desi Rodriguez and Ish Sanogo who have already played in back-to-back NCAA Tournaments under coach Kevin Willard. “The Hall’s got a lot of seniors,” Boyle said. “They have the New York guys with that swag, they have that confidence. Delgado is a warrior. I think they got a shot to get that Sweet 16. I actually think they’re going to get to that Sweet 16 but I think once you’re there, who knows? We’ll see what happens with that.” Boyle says Seton Hall fans will be pleasantly surprised by Mamukelashvili, who he believes has pro potential even if he can’t pronounce his last name. “I’ve never attempted to say it,” Boyle joked of his last name, saying he just called him “Sandro.” “I think they got a really good player,” Boyle said of the stretch four who committed to Seton Hall in April. “I was working in Italy a few years ago and I ran into Sandro. He was playing in an event there and he wanted to come to the States. “If you put him in a skill competition, there are not a lot of guys in America that are over 6-9 who would score higher on shooting, passing, dribbling, the Euro-step, you would say wow. I told Coach Willard last year, and I think Kevin’s done a tremendous job to get Seton Hall to two straight NCAA Tournaments and could be a Top 10 team this year if they come in second in the Big East…I think they have a legitimate chance to be a Top 20 team and could be a Top 10 team. “I went to see them practice the other day and I told Kevin [that] Sandro is going to be so much more comfortable in Year 2. Look at the all European pros that haven’t just gotten used to the speed of the game yet, it’s a different game. And he looked so good in the practice at Seton Hall. And Coach Willard’s father [Ralph] was there and I think they’re looking at, this kid could be in an NBA camp one day. He’ll give him some time off the bench this year, 15-20 minutes a game this year, and then he’ll probably be a three-year starter and if you’re a three-starter at the end, he’ll probably be one of their best players during his junior and senior seasons. At 6-11 and skilled, you’re in an NBA camp, so I think they got a real good player. In today’s world, a great player because you got a four-year guy. And he loves Seton Hall. The kid loves Seton Hall so far.”