Melo wants trade to Rockets, not to be reincorporated with Knicks | Zagsblog
Follow @adamzagoria

Melo wants trade to Rockets, not to be reincorporated with Knicks 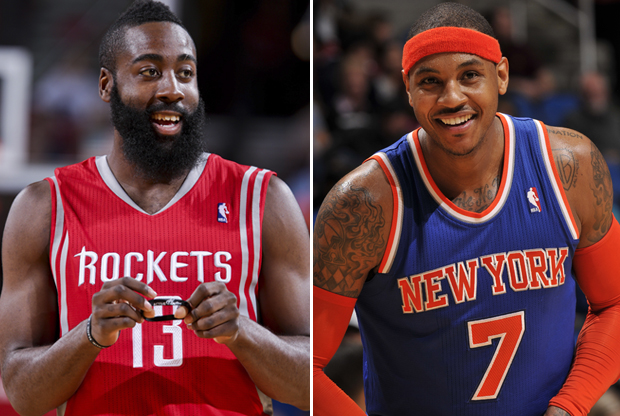 Carmelo Anthony wants no part of a rebuild with — or a reincorporation back into — the Knicks. According to ESPN’s Adrian Wojnarowski (via the New York Post), Anthony “has made it clear to [the Knicks]: I want to go to Houston. I am not interested in talking to you about being reincorporated back into this New York roster.” The Knicks brass said Monday that they are listening to trade offers for Anthony and will do what’s best for both sides. “As it relates to Carmelo, we’ve in contact with Carmelo’s representatives and we’ve been in contact with other teams,” President Steve Mills said. “If there’s an opportunity that works for Carmelo and works for us then we’ll look at some kind of trade. But we also feel that Carmelo could easily be a part of our team next year.” Mills added the team has no plans to buy out Anthony, and no deadline by which to resolve the matter. Anthony is owed $54 million on the remaining two years of his deal with the Knicks, who have said they plan to rebuild around a young core of Kristaps Porzingis, Tim Hardaway Jr., Willy Hernangomez and Frank Ntilikina. One NBA source suggested new Knicks GM Scott Perry could actually help the Knicks negotiate a better deal “than what could have happened because Mills is still learning the league.” A second league source said he would be surprised if a deal happened anytime soon. “Phil [Jackson] did nothing but destroy his trade value,” the source said. “I would be surprised if he is traded by the end of December.”

Sneaker Wars take a break as Nike, Under Armour not directly competing in August (UPDATED)