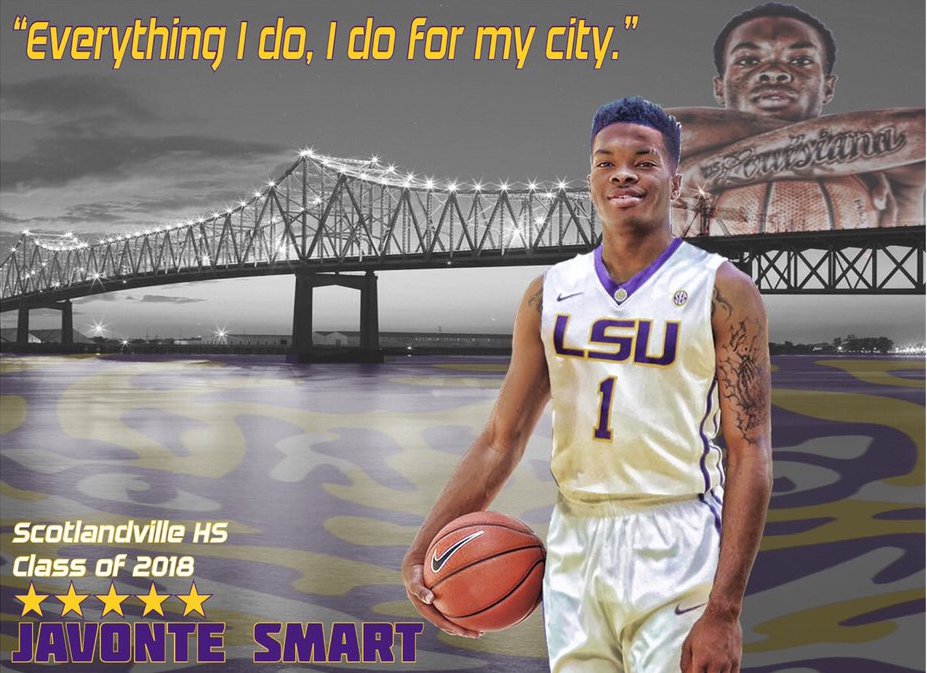 By JACOB POLACHECK Javonte Smart, the 6-foot-4 point guard from Scotlandville Magnet (LA) High School, announced his commitment to Will Wade and the LSU Tigers on Friday via Twitter.

“I think they will get me better as an individual and all-around player,” Smart told D1VISON. “I think I’ll fit great and I’ll help run the show to get us where we need to be.”

According to 247Sports, Smart is the No. 21 ranked player in the Class of 2018 and the No. 1 player from the state of Louisiana. He is the first commit in the Tigers’ 2018 class. Smart is going to stop by LSU this weekend to visit with five-star big man Naz Reid, who is set for an official visit to LSU this weekend. “I know that I have a chance to play for my city,” said Smart. “It’s not all about that. It’s the grind that I put in just so they’ll know I want it.” Smart chose LSU over Kentucky, Kansas, Florida State, UCLA, and Oklahoma State. He took unofficial visits to Kentucky (Feb. 25), UCLA (May 29), and USC (May 29) earlier this year. He did not take a visit to LSU. Playing with Houston Hoops on the Nike EYBL circuit, Smart has averaged 15.1 points, 3.5 rebounds, 4.2 assists, and 1.1 steals per game through 16 games. He led them to an 8-8 record and will participate in Peach Jam next month. Follow Jacob on Twitter Follow Adam Zagoria on Twitter And Like ZAGS on Facebook