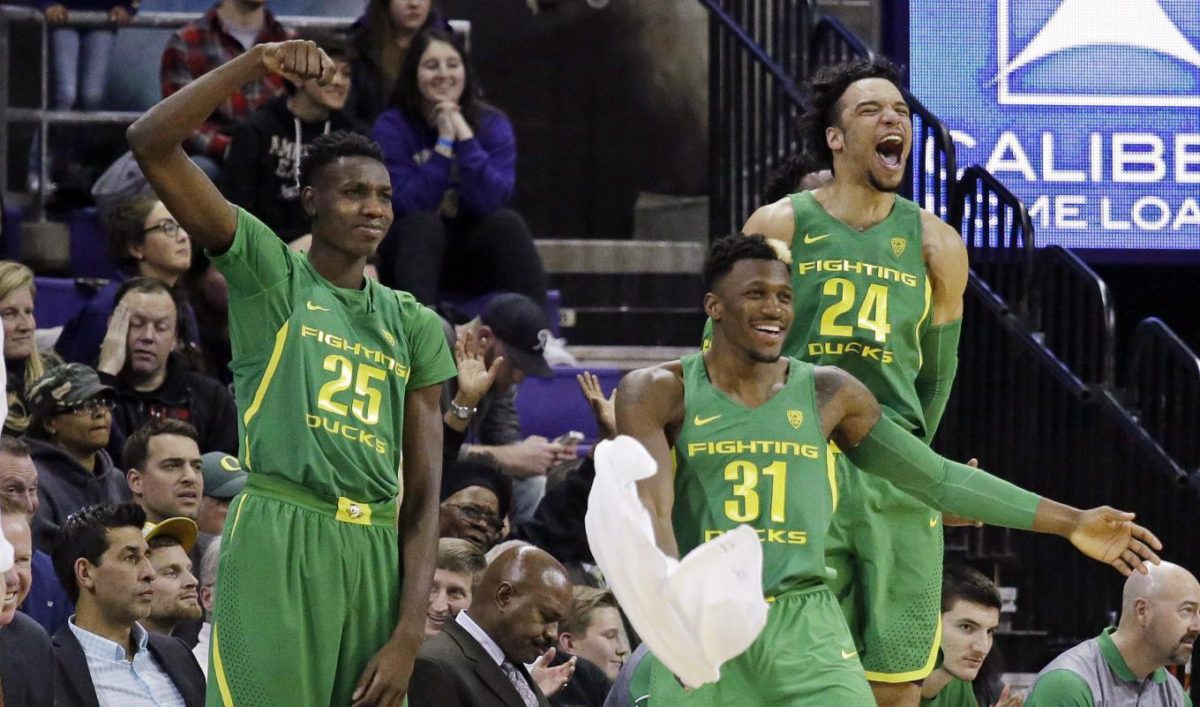 CAMDEN, N.J. — The Golden State Warriors may be scaring the rest of the NBA with the way they space the floor and snipe from downtown, but the Knicks are still emphasizing the old triangle offense. Just ask a couple of former Oregon players who recently worked out for Phil Jackson’s club. “The Knicks, oh yeah, they actually went through the triangle probably 45 [minutes] to an hour,” former Oregon and Villanova guard Dylan Ennis said Thursday at the Philadelphia 76ers workout facility. “They did progressions to it, but it’s an offense that works and I picked it up real fast. That’s what they liked about me. That’s what a six-year guard will do, man. You give me an offense, I’ll pick it up real fast.” Ennis, a 25-year-old native of Brampton, Ontario and the older brother of Lakers point guard Tyler Ennis, has had nine workouts, including Boston, Toronto, Indiana, Utah, Sacramento, the Clippers and Oklahoma City. Meantime, his former Oregon teammate Dillon Brooks worked out for the Knicks this week and said similar things. “I worked out for the Knicks, yeah, they said I had a great workout,” Brooks said at the Sixers. “Just hard competitive, a hard worker, got their triangle offense pretty fast. I learned the necessary things to run the offense.” The 6-7 Brooks said Jackson and coach Jeff Hornacek were among those supervising the workout. DraftExpress.com currently projects the Knicks taking Brooks, who helped lead Oregon to the Final Four, at No. 44. “They practice specific things towards the triangle,” Brooks said. “They make you learn just in case you get drafted to the Knicks.” Kentucky coach John Calipari was asked about the triangle offense in reference to shooting guard Malik Monk, who is projected at No. 8 to the Knicks and worked out for them this week. He has the Sixers later Thursday. “Well, there have been some Hall of Famers play in the triangle, so I’m not sure that’s the case,” he said when asked if it the triangle hurts in terms of recruiting players. “I think it gets overplayed, some of it, how it’s hurting or helping.”