Terrance Ferguson to Work Out for Nets, Among Others | Zagsblog
Follow @adamzagoria

Terrance Ferguson to Work Out for Nets, Among Others 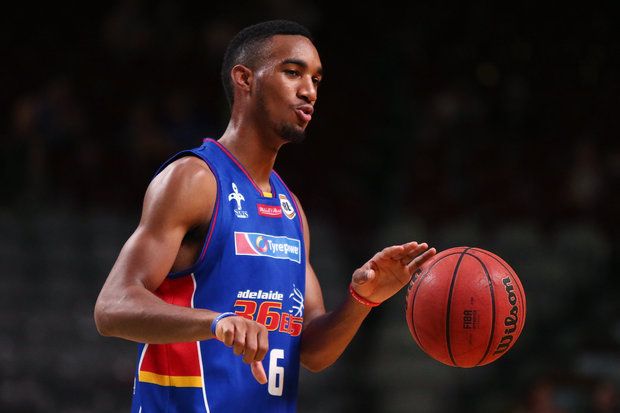 Former international swingman Terrance Ferguson is expected to have a workout with the Nets on Sunday, per Mike Scotto of Basketball Insiders.

The 6-foot-7 Ferguson is currently projected to go at No. 23 to the Toronto Raptors, per DraftExpress.com. Ferguson has worked out for the Los Angeles Lakers (pick No. 28), Indiana Pacers (18), Chicago Bulls (16) and Denver Nuggets (13) and still has visits with the Charlotte Hornets (11), Miami Heat (14), Detroit Pistons (12) and Milwaukee Bucks (17) in addition to the Nets, per The Oregonian. Ferguson averaged 4.6 points, 1.2 rebounds and 15.2 minutes while shooting 38 percent from the field and 31 percent from three-point range last season for the Adelaide 36ers in the National Basketball League in Australia. Ferguson played in Australia after initially committing to Arizona. “Every NBA teams needs shooting,” Ferguson told The Oregonian Saturday after completing a predraft workout with the Portland Trail Blazers. “…Shooting and a coachable player and defense. I think I can bring that to the table.”

In late April, the Nets hosted their end-of-season press conference. GM Sean Marks was asked about drafting an international player.