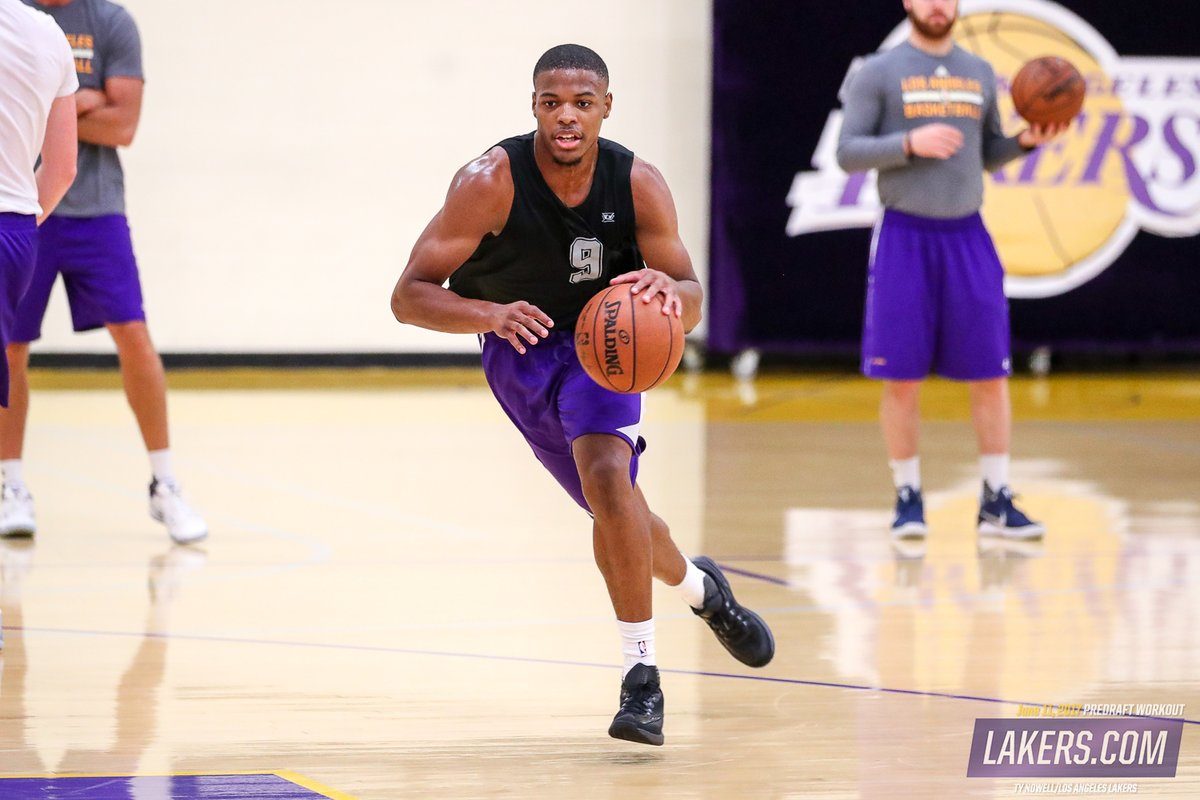 The Lakers were “very impressed” with N.C. State point guard Dennis Smith Jr. during his workout Sunday, a source told ZAGSBLOG, and are reportedly “hopeful” of bringing in Washington guard Markelle Fultz this week. The Lakers pick at No. 2 in the June 22nd NBA Draft and have been linked to several lead guards, including Lonzo Ball, who met with the Lakers last week, De’Aaron Fox, Smith Jr and now Fultz. “They have some decisions to make,” the source said.

The 6-foot-3 Smith averaged 18.1 points, 6.2 assists and 4.6 rebounds this season for the Wolfpack, and met last week with the Knicks and the Orlando Magic. Those meetings, along with the Lakers’ one, were first reported by FanRagSports.com. He will have his pro day on June 15 at N.C. State. Smith said he was impressed by meeting Magic Johnson and could learn a lot from him. “I think I could learn a ton from him,” Smith said. “He had the one of the greatest minds to ever play, if not the greatest. And there’s a lot I could learn from him and I would love to have the opportunity.” “With Dennis you’re getting a young man that prior to his MCL injury a couple years ago, was considered in the same class as Ball and Markelle Fultz and this year was somewhat hidden in plain sight on a bad team,” ESPN’s Fran Fraschilla said on The 4 Quarters Podcast. “Quite frankly, I thought Dennis’ production dropped of at the end of the year, as did N.C. State’s record, causing them to fire their coach. “I think in Dennis you’re talking about an alpha dog, a Kyle Lowry type, a guy with a chip on his shoulder, an athlete who can get to the basket. He had four games of 10 assists or more. You don’t this about guards very often, but he’s raw. He’s going to need to be coddled and coached in an NBA game but the athleticism, the strength and the ability to get to the basket is there.” Meantime, Lakers analyst Mike Bresnahan reported the team is “hopeful” of bringing in Fultz for a workout this week. So far, the projected No. 1 pick has only met with the Celtics, who own the No. 1 pick. Photo: Lakers

Louisville's Donovan Mitchell to Work Out for Knicks Wednesday (UPDATED)