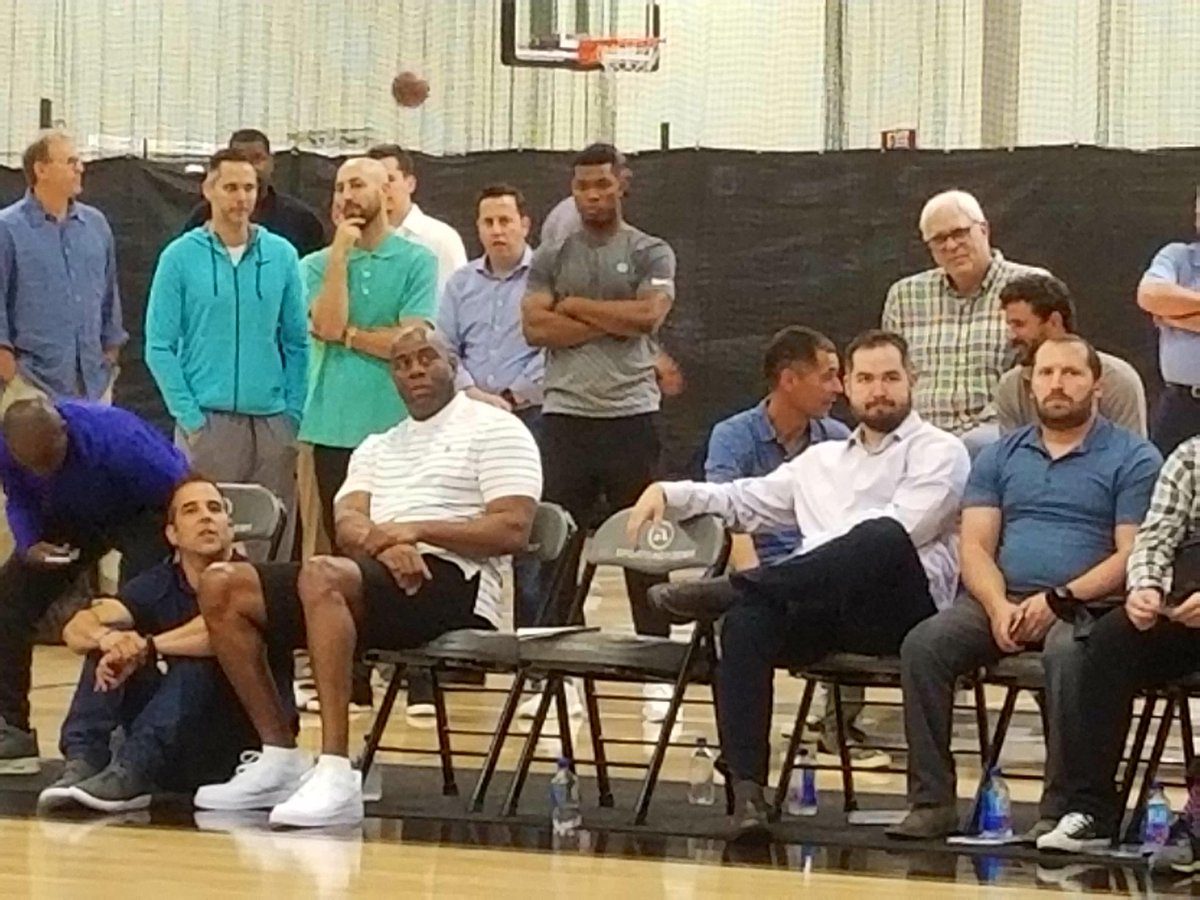 Magic Johnson of the Lakers and Phil Jackson of the Knicks were among more than 150 NBA personnel at the Catalyst Sports pro day in Los Angeles over the weekend that featured Kentucky’s De’Aaron Fox and Louisville’s Donovan Mitchell, according to DraftExpress.com. The 6-foot-4 Fox is currently projected as the No. 4 pick to the Phoenix Suns while the 6-3 Mitchell is projected at No. 12 to the Detroit Pistons, via DraftExpress.com.

Thought De’Aaron Fox showed he has more shooting potential than scouts saw at Kentucky. Think he becomes at least an AVG 3P shooter in time. pic.twitter.com/jBASFhec2V

The Lakers are projected to take UCLA’s Lonzo Ball at No. 2, while the site currently has the Knicks taking Kentucky’s Malik Monk at No. 8. The Knicks have also been linked to N.C. State’s Dennis Smith Jr. and to France’s Frank Ntilikina. Meantime, several NBA executives told ZAGSBLOG they don’t buy an Internet report that the Lakers will pass on Ball, who is slated to work out for them on Wednesday. One source suggested the Lakers might be open to trading down and want to create the impression that they are interested in Kansas’ Josh Jackson so teams who like him would consider trading up to get the No. 2 pick. The Lakers then could still get Ball or Fox after the second pick, the source suggested. Photo: DraftExpress.com

Celtics to Host Projected No. 1 Pick Markelle Fultz This Week