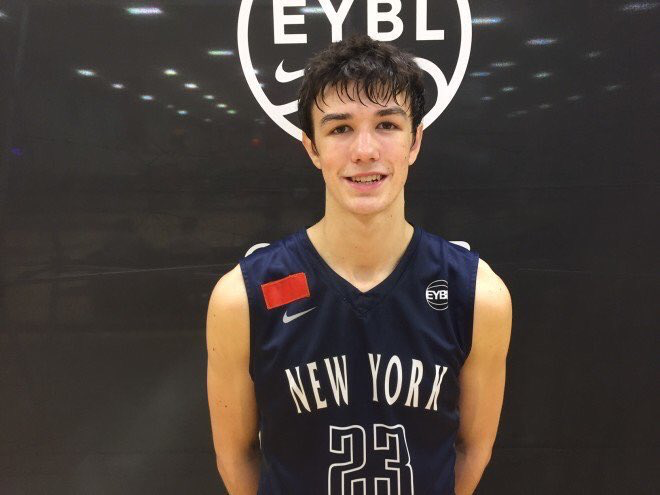 Cormac Ryan, a 6-foot-5 shooting guard from Milton (MA) Academy and the NY Rens AAU program, committed to Stanford on Sunday. Northwestern, Villanova, Notre Dame and Michigan were also involved for Ryan, who is ranked the No. 27 shooting guard in the Class of 2018 by 247Sports.com. “Cormac is an elite shooter who showed the ability on the EYBL circuit to be a lead guard,” NY Rens coach Chris Alesi said. “He’s a high-level scorer and shotmaker, but his best attributes are his toughness and competitive nature. He played the last session of the EYBL with a broken wrist. Stanford is getting the total package with Cormac.” Ryan averaged 19.0 points, 6.7 rebounds and 5.1 assists last season at Milton en route to NEPSAC Class A Co-Player of the Year honors. “I think what Cormac will bring to Stanford is a kid who can score at all three levels and is a great two-way player,” Milton coach Lamar Reddicks said. “He really enjoys covering the best player on the other team. He plays the game as if he always has something to prove. ” Ryan is Stanford’s first commit in 2018.