Isaiah Briscoe Works Out for Knicks 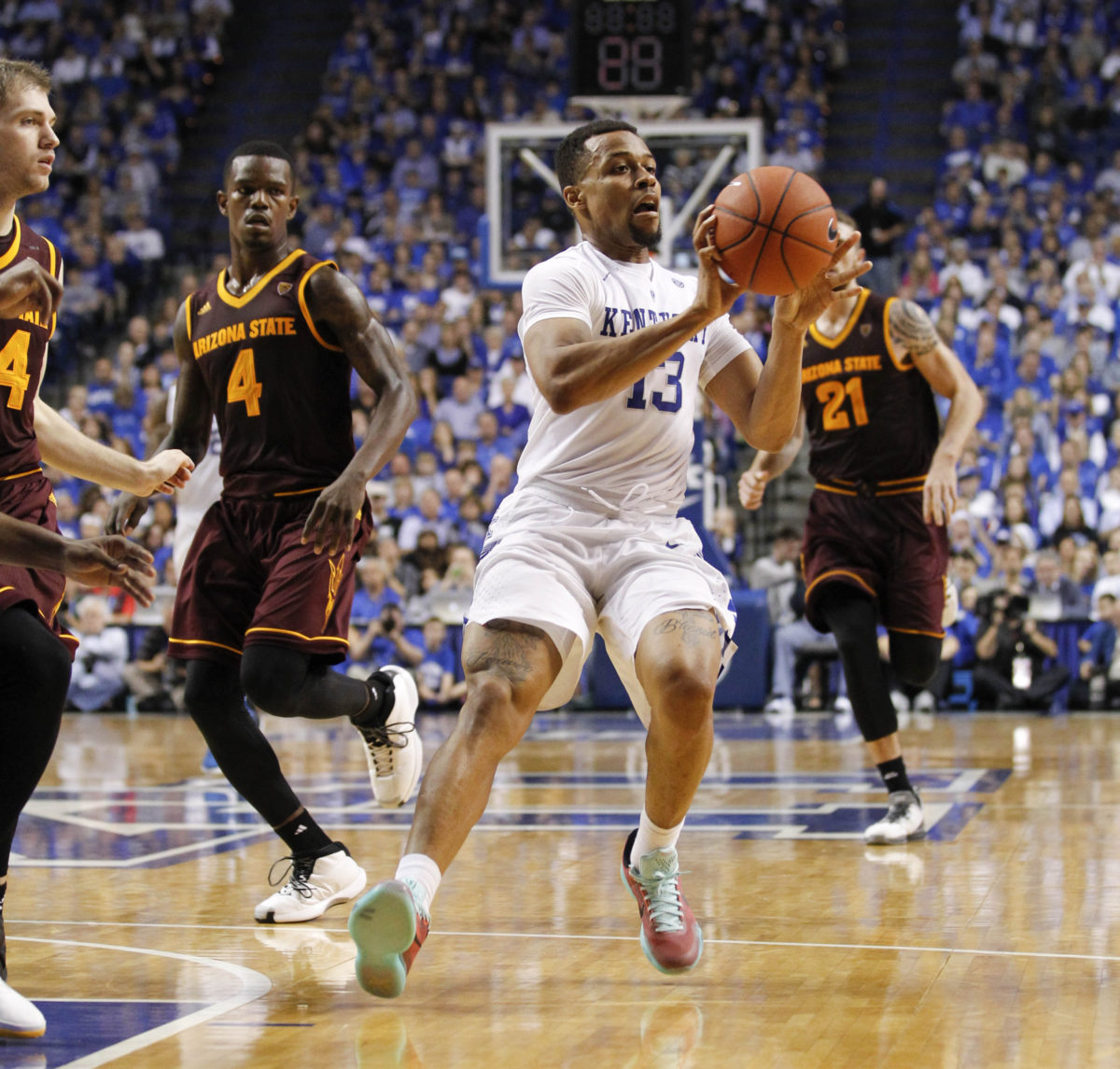 Former Kentucky and Roselle (N.J.) Catholic guard Isaiah Briscoe worked out for the Knicks on Tuesday and it went “very well,” a source told ZAGSBLOG.

The 6-foot-3 Briscoe led Roselle Catholic to the 2015 New Jersey Tournament of Champions title and then averaged 10.9 points, 5.4 rebounds and 3.7 assists during his two-year college career.

“Isaiah is a winner,” Kentucky head coach John Calipari said when Briscoe declared for the Draft and signed with an agent. “Physically and mentally he’s a pit bull with skills with the ball. We averaged nearly 30 wins a season over the last two years and Isaiah played a big part in all of them. Isaiah defends, he rebounds and he creates shots for others. I am so proud of his improvement over his time here and am looking forward to seeing his continued growth at the next level.”

The Knicks pick at No. 8 and also have two second-round picks (Nos. 44 and 58) in the June 22 NBA Draft. Briscoe is not currently projected to be drafted per DraftExpress.com, but Roselle Catholic coach Dave Boff believes Briscoe can help an NBA team.

“I think Isaiah is that unique guy that the NBA rules just seem to fit his game,” Boff said on a recent edition of The 4 Quarters Podcast. “With the way that the illegal defense is called, they don’t really let you hand check any more, he’s going to be almost impossible to keep out of the paint. And then when he gets in there, with the way that they spread the floor nowadays, he’s going to find shooters. He’s a tremendous passer, he’s going to find shooters. And then he’s strong enough to finish at the rim, so I think if given the opportunity his skill set translates pretty well.”

For more on Thornwell, read this FanRagSports.com column on how Alex English thinks Thornwell is the greatest Gamecock ever.