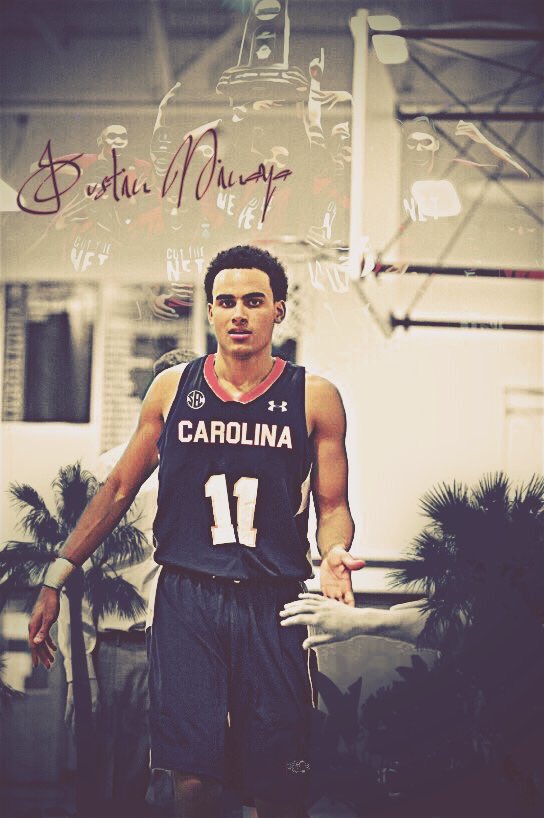 Justin Minaya is headed to South Carolina. The 6-foot-6, 195-pound shooting guard from Old Tappan (N.J.) High School and the NJ Playaz AAU program was impressed by his visit to South Carolina this week after also considering Illinois, Seton Hall, UMass and Temple, among others. “I thought it was the best fit because I really trusted Coach [Frank] Martin and the whole coaching staff,” Minaya told ZAGSBLOG. “I’ll definitely be able to be a big guard and versatile player.” The son of former Mets GM Omar Minaya, Justin was accepted to prep powerhouse Brewster (N.H.) Academy for the 2017-18 season but opted to attend college in 2017 instead. He is expected to sign his Letter of Intent on Friday at his high school. “He was a 2018 but he just liked Coach Martin,” Omar Minaya said. “I think he liked the emphasis that was put on defense and also he liked the whole college environment. He liked the history of South Carolina, all that history is there. But really he liked the staff, he just loved the whole college environment.”

Minaya averaged 19.5 points, 11.3 rebounds, 5.5 assists and 3.8 blocks this season for an Old Tappan team that reached the Bergen County Jamboree quarterfinals and the North 1, Group 3 semifinals. “Justin has huge upside and college coaches recognized that,” Old Tappan coach Craig Ferraro said. “He is 6-6, has great handle, tremendous court vision, shoots the three. then you partner that with being a respectful and hard working young man and you can’t lose.” Said one Division 1 assistant who recruited Minaya for another school: “He’s under-rated and has big upside. He’s going to be good.” Minaya will have a chance to step in right away and help offset the losses of guard Sindarius Thornwell and guard P.J. Dozier, two huge pieces in South Carolina’s run to the Final Four. Both players will be at this week’s NBA Draft Combine in Chicago. “They lost those two big guards,” Omar said. “Also he and Rakym [Felder] played AAU ball together in New York so the fact that he knows Rakym was important.” Minaya joins a stellar recruiting class for Martin that includes shooting guard David Beatty, small forward Ibrahim Doumbia and bigs Felipe Haase and Jason Cudd.   **For more on the Minayas, read my New York Times story here. Follow Adam Zagoria on Twitter And like ZAGS on Facebook