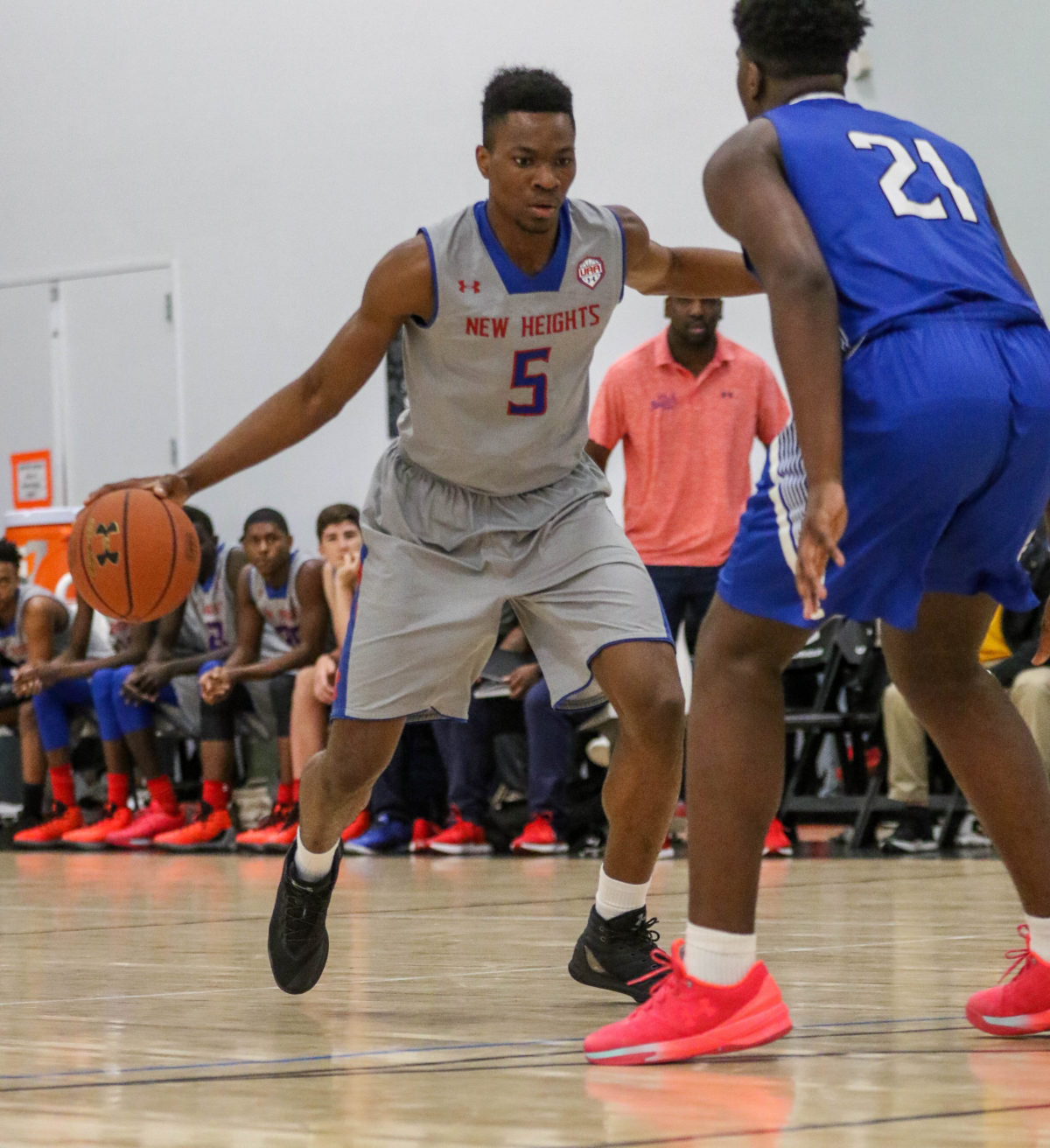 Like his older brother, God’sgift Achiuwa, Precious Achiuwa came to the United States from Nigeria for a better life. And like his brother, his path to that life comes by way of basketball. While Gift was a solid forward at St. John’s for one season, his younger brother is now being recruited at the highest levels. Ohio State and Kansas are the latest schools to offer the 6-foot-9, 206-pound wing from St. Benedict’s Prep and the New Heights AAU program who is ranked the No. 10 small forward in 2019 by 247Sports.com. “Everything is going fine,” Achiuwa said Tuesday by phone. “Right now I’m just worrying about getting better. I’m not really focused on recruiting and stuff. I’m just trying to get better. I’m trying to work on my jump shot and my dribbling.”. Because of his length — he is expected to grow another inch or two — and ball-handling ability, Achiuwa has drawn comparisons to a certain pro. “Some people say Rudy Gay, said Oz Cross, Achiuwa’s mentor and coach with New Heights. “He’s so long he’s got such great upside. I’d like to see him after July and see where he’s at and get a better feel for his game.” Alex Nwora coached Gift in junior college and knows Precious as well. “He has very a high ceiling,” he said. “At 6-9 , his athleticism surpasses his brother who played at St. John for coach Lav [Steve Lavin]. He is a gym rat. With his abilities and size to go with, he is definitely a pro after all is said and done. He is way better than his brother God’sGift. Coming to the U.S. at  very young age also helped his game, which his brother did not have the opportunity [to do].” Cross said the local schools have been on Achiuwa for some time. “Seton Hall and St. John’s have been on him really, really hard,” Cross said. “UMass contacted me over the last week or so.” Cross says there’s no rush to take visits. “He grew like 2-3 inches so his body is adjusting right now and he’s just working on his game,” he said. “When it’s all said and done, he’ll be able to go to whatever school he wants to go to so right now he’s just trying to get better.”