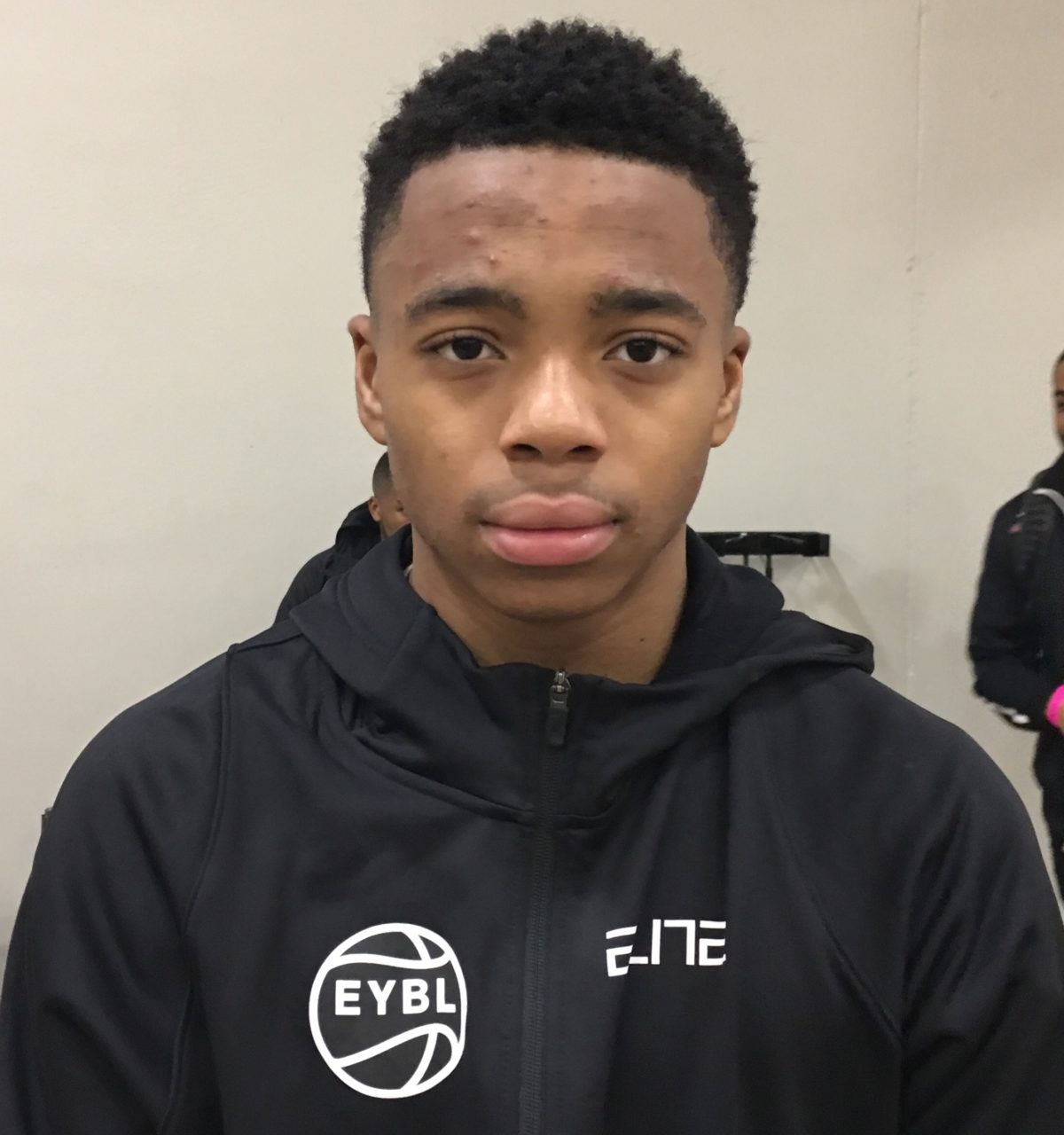 By JOSH RATTRAY INDIANAPOLIS — Life comes at you fast if you’re Jalen Lecque. Just a couple weeks ago he was a little-known combo guard with mid-major and low-major offers. After a breakout performance at the first EYBL session in Hampton and strong start this weekend in Indianapolis, the Bronx native is now coming in clearly on the radars of the top programs in the country. “I always considered myself as a high-major (player),” Lecque said. “I just had to prove it to everybody. I was hiding in the shadows. Now I’m showing everyone what I’m made of.” Lecque, who recently classified down to the 2019 class and will transfer to The Christ School (N.C.), scored 24 points for Southern Stampede in a 70-67 loss to R.J. Barrett and UPlay Canada. He previously played at Monsignor Scanlan in the Throgs Neck section of The Bronx. Lecque brought the crowd to its feet with a violent tomahawk dunk early in the second half. Later, he would have one of the more impressive sequences you’ll see from a perimeter player. He blocked a dunk on one end of the floor and, in transition, dunked in traffic seconds later. Before the session in Hampton, Lecque was hearing the most from VCU, Santa Clara, Saint Louis and Iona. After blowing up in the opening games of EYBL season, he now holds offers from Miami, Wake Forest, Texas Tech, Minnesota, Houston, Kansas State, Seton Hall and St. John’s. Lecque said the Miami offer opened his eyes the most as he had the Hurricanes on his wish list entering the spring. “I was getting low-majors, but I kept getting higher offers,” he said. “Getting offers from ACC schools shows everybody that I’m a good player and I can play at that level.” Now that the high-major offers are coming – and the phone will continue to ring if he plays like he did Friday night – Lecque addressed whether he would go back to the 2018 class. “I don’t know about that situation. I need to go talk to my parents and go through it with my coaches,” he said. Lecque is excited for the upcoming high school season at The Christ School, located in the mountains of North Carolina. “They have a good schedule and Coach (Scott) Willard is a great coach,” Lecque said. The incoming offers from high-major schools won’t go to Lecque’s head. He said he needs to improve his perimeter shooting and shot selection and wants to continue to build his body for the next level. “If I don’t work, somebody’s going to pass me,” he said. “I’ve got to keep working.” Follow Josh on Twitter Follow Adam Zagoria on Twitter