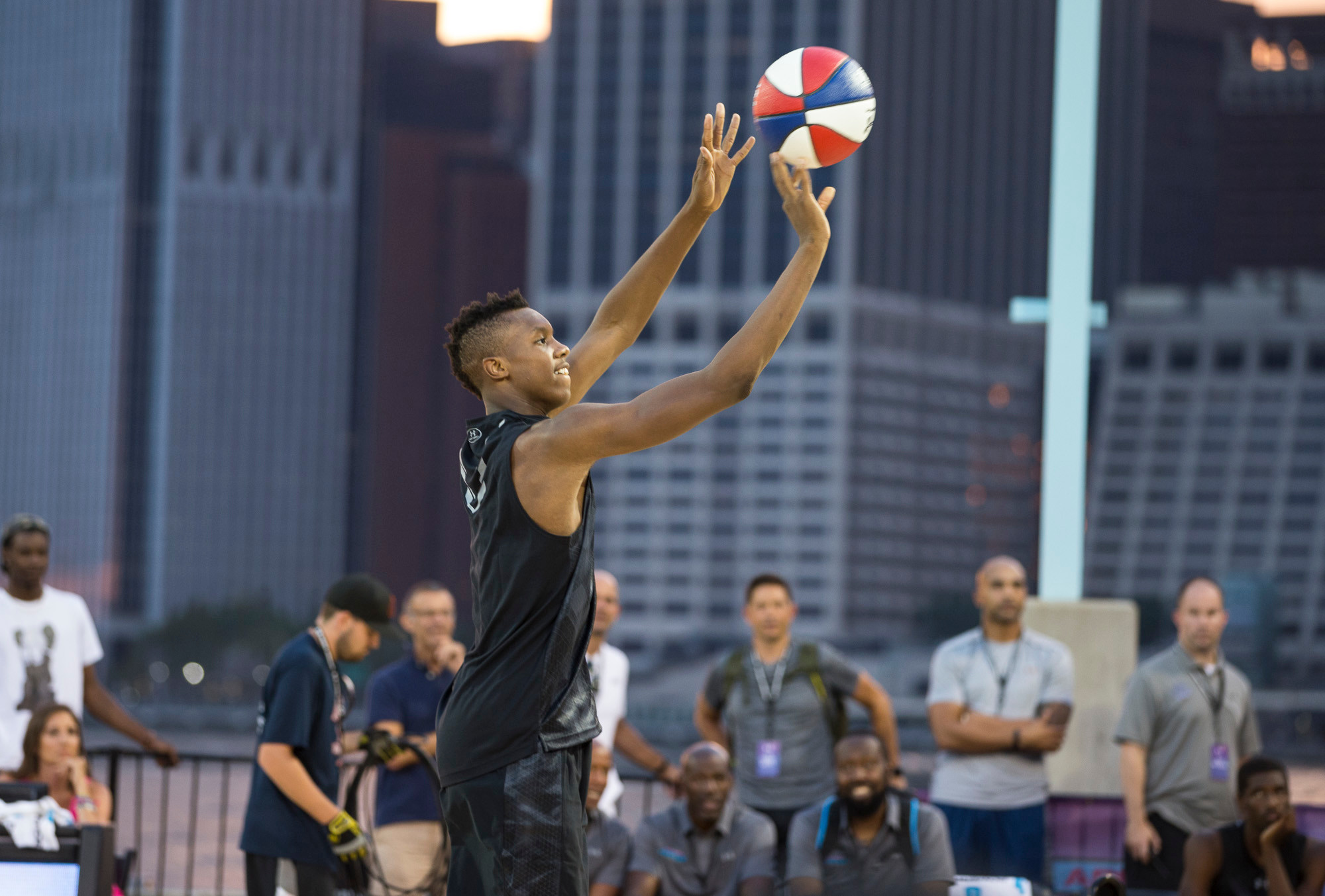 By JOSH RATTRAY INDIANAPOLIS — One of the top-ranked players in the 2018 class, New Jersey’s Louis King had 19 points and 10 rebounds in front of Kentucky coach John Calipari at the EYBL Session 2 in Indianapolis, then talked about UK and his other suitors. King, a 6-foot-6 wing who plays for Hudson Catholic in New Jersey, mentioned this weekend he’s hearing a lot from Duke, Kentucky, Kansas, Oregon, UCLA, Syracuse and Indiana. King said has talked a lot with Kentucky assistant Joel Justus and said, “I know they get guys to The League. They had Isaiah Briscoe and Malik Monk and a lot of great players in that program. So going to that program is like a privilege.” While Kentucky hasn’t yet offered King, he would put a lot of stock in the opportunity to join the Wildcats. “It would mean a lot. Like I said before, it’s a privilege,” King said of a potential offer from Kentucky. King did say he wants to visit UCLA when the EYBL circuit goes to Los Angeles at the end of May. King started slow against a very solid California Supreme squad. With teammate and high-major target Cameron Reddish having an off night and then having his nose bloodied, Team Final lost 84-64. King came alive in the second half, highlighted by a spectacular sequence where he made a 3-pointer, then stole the ball and cruised in for a reverse dunk. On Saturday morning, the 2018 standout then followed that performance with a 29-point game in an 83-79 win over Nike Pro Skills. He shot 12-for-21 (5-for-7 from 3) and Reddish recovered nicely, going for 27 points and 10 rebounds. While most players talk about the coaching staff, facilities, exposure or shoe gear when they talk about potential schools, King had a different approach. “What matters to me first is education,” he said. “Other than that, no clue.” Follow Josh on Twitter Follow Adam Zagoria on Twitter