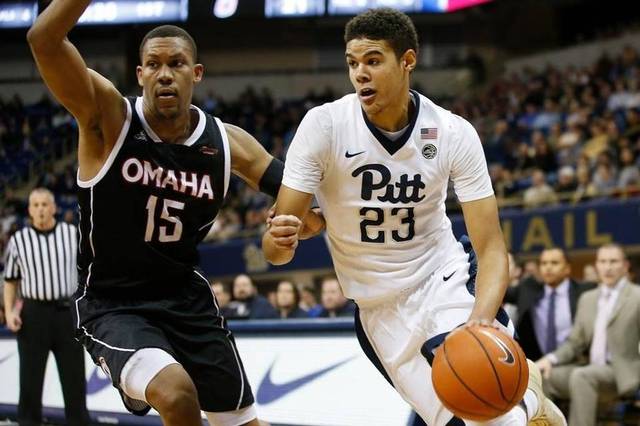 After hosting 2017 signee Jemarl Baker on an official visit earlier this week, Kentucky hosted Pittsburgh graduate transfer Cam Johnson Wednesday-Friday. “Just finished up, it was really good,” Johnson said Friday by text. The 6-foot-8 Johnson will have two years of eligibility after graduating this spring. He’s considering Kentucky, Arizona, Ohio State, Oregon, UCLA and Texas Christian. He is slated to visit Ohio State on Monday and Arizona next weekend, via ESPN. Johnson averaged 11.9 points, 4.5 rebounds and 2.3 assists last season. He comes from the same hometown as Kentucky coach John Calipari, Moon Township (PA). Kentucky is losing guards De’Aaron Fox, Malik Monk and Isaiah Briscoe after they all declared for the NBA Draft. Hamidou Diallo, who has yet to play a game for Kentucky, is also testing the NBA Draft waters and may not ever play for the school. Kentucky adds guards Baker, Quade Green and Shai Gilgeous-Alexander, and remains in the mix for small forward Kevin Knox.