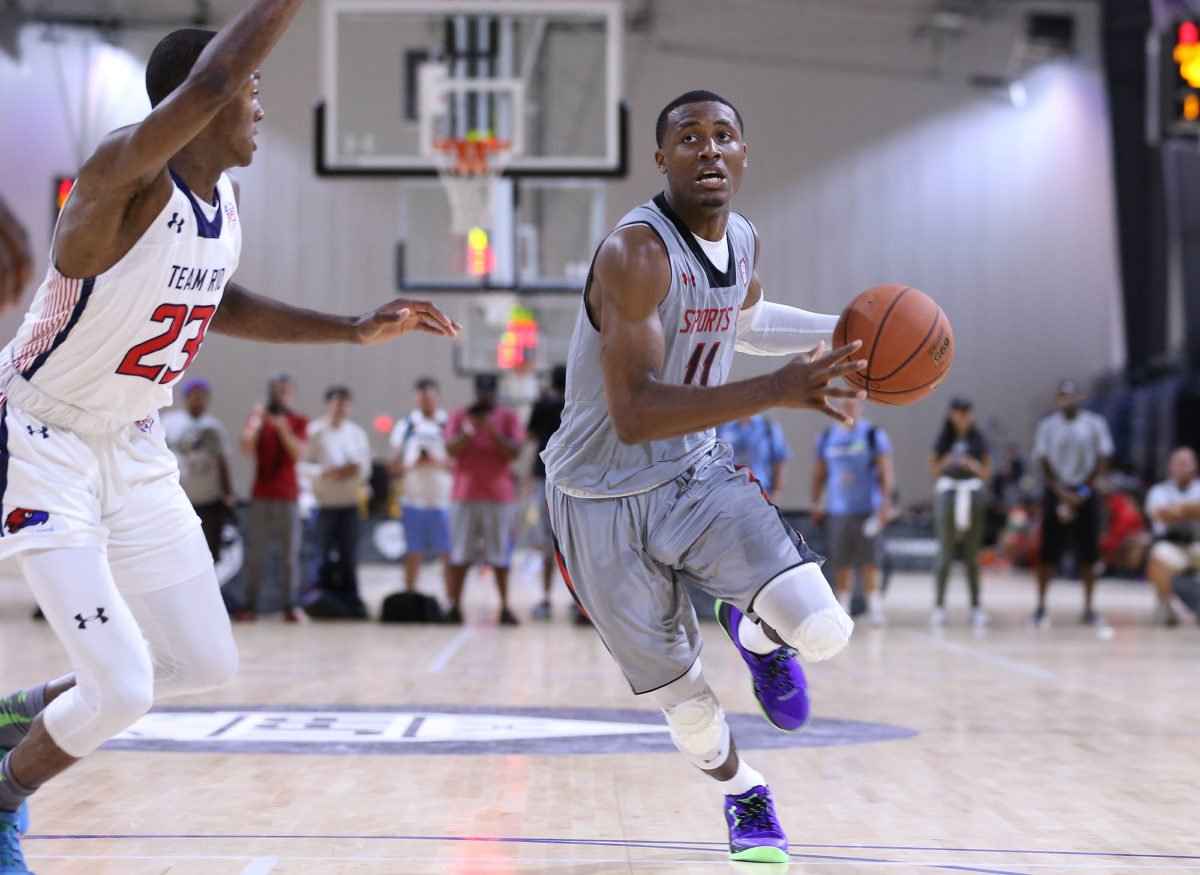 NEW YORK — Luther Muhammad and his Sports U teammates are going to be like The Beatles this spring and summer. Crowds wherever they go. The 6-foot-4 Muhammad had a slew of coaches watching him through the first two days of the Under Armour Association stop at Basketball City, including Notre Dame head man Mike Brey, Seton Hall head coach Kevin Willard and assistants from Butler, Cal, Cincinnati, Oregon and St. John’s. The Hudson Catholic guard will take a visit to Notre Dame next week before the Under Armor stop in Indianapolis. “Yeah, I’ll be out there,” he said. “I think I leave Thursday for it.” Brey and his staff are very high on Muhammad. “They basically break it down, like how the campus is, before football games, they out there playing pickup,” he said. “They were telling me they do sessions where if you’re majoring in engineering, you might have someone from Notre Dame come back and teach a class for one week on engineering. That’s awesome to have an alumni from you school teaching you. That’s basically someone you know in that industry if you want to be that.” He also said the ACC “is a great league, that plays a part.” Meantime, Butler Mike Schrage, Cal’s Tim O’Toole, Cincinnati’s Darren Savino , Oregon’s Kevin McKenna and St. John’s Matt Abdelmassih also watched him. Texas and Xavier are also involved. “I might cut [my list] somewhere in the summer,” he said, adding that he hopes to commit sometime next fall or early winter. Photo: Under Armor 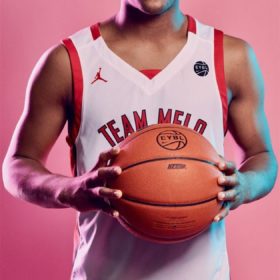