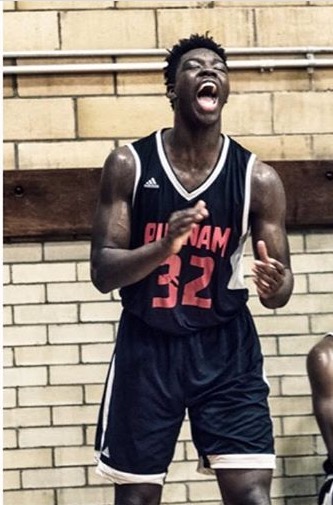 “I’ll bring versatility to wherever I go because I’m not a one-dimensional player,” he said recently.

Said Putnam Science coach Tom Espinosa: “Isaac can score the ball. He was our third-leading scorer on this year’s 34-7 team that finished fourth in the country. Isaac is very deceiving how athletic he is. “He’s coachable, hard-working and a great teammate. Isaac’s best basketball is ahead of him.”   RUTGERS VISITS WITH NAZ REID Rutgers head coach Steve Pikiell and assistants Jay Young and Brandin Knight had a home visit Wednesday with Class of 2018 forward Naz Reid of Roselle Catholic. “Rutgers thinks this is a great time for kids to stay home,” said RC coach Dave Boff, who was in attendance. “They have a new coach, new facilities and they hope a new pattern of local kids staying home and helping build something that New Jersey can be proud of.” Kansas and St. John’s both postponed their visits, while Seton Hall was in on Monday. Reid and his Sports U teammates will be on display this weekend at the Under Armour Association stop in New York.   FREE THROWS Oregon, Maryland and N.C. State are among those planning to watch 2018 Team Final forward Louis King this weekend…N.C. State had three coaches in on Wednesday to watch 2017 wing Brian Bowen, per Rivals.com…2017 Montverde (FL) Academy forward Sandro Mamukelashvili is enjoying his visit to Seton Hall, according to coach Kevin Boyle Jr. “He said, ‘It’s going great! I like everything.'”…USF transfer Malik Fitts is currently on a visit to Nevada…Oregon hosted New Mexico grad transfer Elijah Brown and forward Kenny Wooten the last few days…2018 Hudson Catholic wing Louis King had a home visit Wednesday night with Maryland, his mom says…Alexis Yetna, a 6-8 power forward from Putnam Science (CT), committed to South Florida.