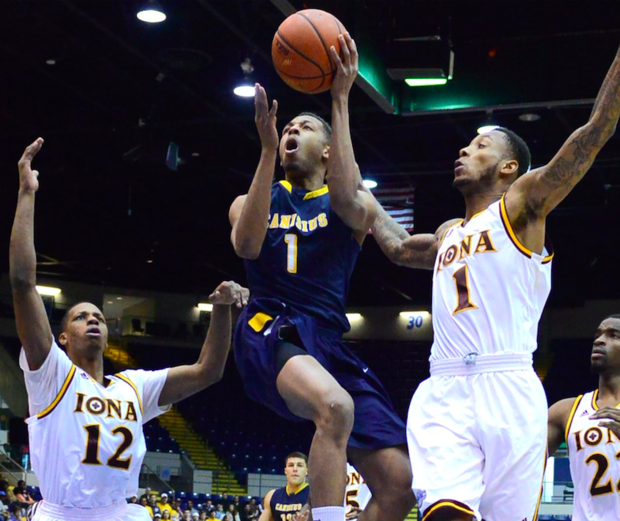 Zach Lewis, a 6-foot-3, 185-pound guard from Windsor, Conn., committed to Iona on Easter Sunday and will be immediately eligible in 2017-18. “What made me pick Iona was the great culture there, and the way they develop their players and grad transfers is unbelievable,” he said. Lewis has already scored 1,000 points in his college career, including two years at Canisius and one at UMass. He averaged 8.8 points and 1.6 rebounds last season at UMass after averaging 12.5 points and 2.6 rebounds in 2014-15 at Canisius. Lewis scored 37 points on La Salle in a game in February. “What I bring for them is someone who can create for myself as well as others, leadership, and a guy with a chip on his shoulder who is hungry to get better and compete at a high level,” he said. Iona (22-13) is coming off an NCAA Tournament appearance where they lost to Oregon in the first round.   TRAVIS ATSON TO QUINNIPIAC New Quinnipiac coach Baker Dunleavy landed transferring Tulsa forward Travis Atson. The 6-foot-5 Brooklyn native also visited Iona. He will sit one year to play three. He averaged 1.6 points and 1.0 rebounds last season at Tulsa. “I had trust in the coaching staff,” Atson said. “Coach Dunleavy is a very intelligent man and has a great agenda set up for both of us. I believe in his vision. I feel we will work together and win a lot of games. Also the campus and facilities were beautiful.” Photo: MassLive.com

With NCAA Tournament Loss, Cluess-Grasso Partnership Could End at Iona