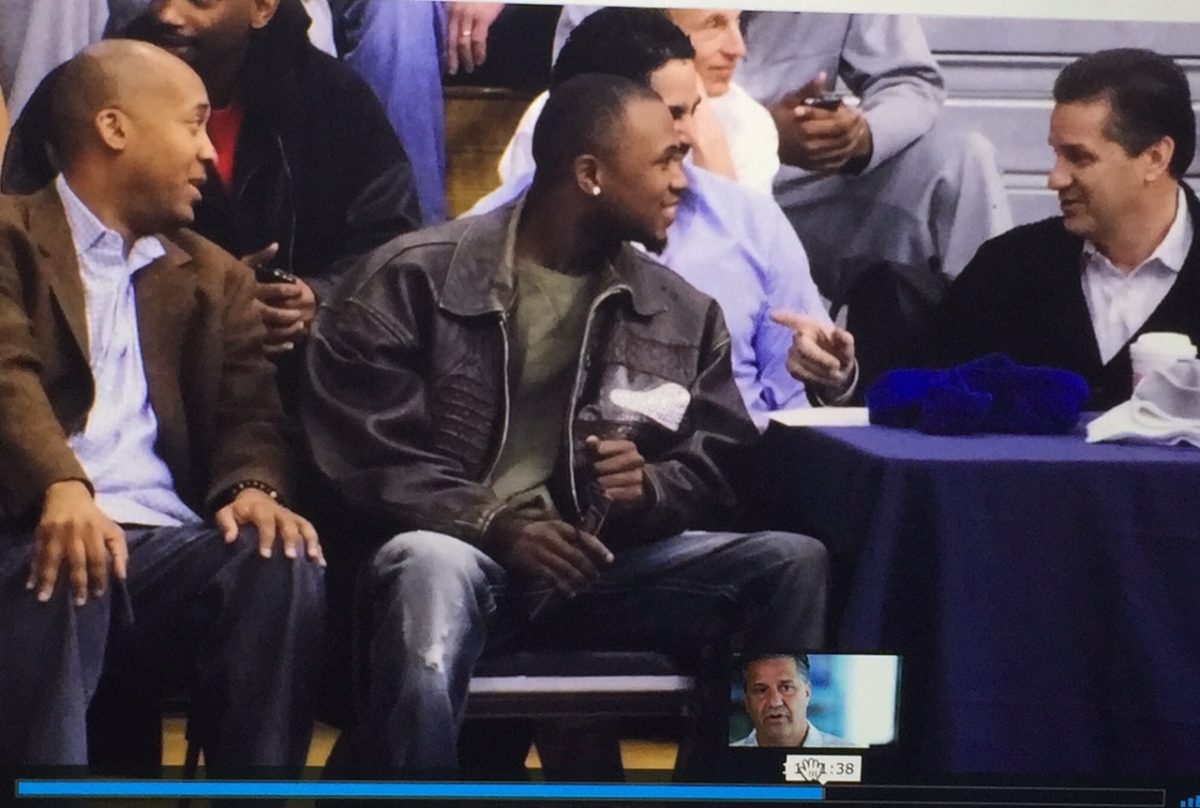 GLENDALE, Ariz. — One of the most fascinating themes of the new “30 for 30” on John Calipari — entitled “One and Not Done,” directed by Jonathan Hock and set to air on April 13 on ESPN — is the relationship between Calipari and William Wesley, aka “Worldwide Wes.” After Calipari took the Memphis job in 2000 following his firing by the Nets, he needed to recruit players to his new program. Wesley would end up helping Calipari get Dajuan Wagner and Derrick Rose at Memphis, and later Michael Kidd-Gilchrist at Kentucky. “He gets the Memphis job and whenever you get a new job, regardless of the level, you need players,” ESPN’s Andy Katz says in the film. “And how do you get players? You make contacts. Who are those contacts? Sometimes they are a high school coach, sometimes they’re an AAU coach, sometimes they’re just a middleman, whoever that might be.” Said Calipari in the film: “Now I go to Memphis, and again how it works. Fate intervened in my life. William Wesley calls a meeting with me, I said OK.” He adds: “The business has always been about relationships and you’re trying to create relationships that are beneficial to everybody. I’ll give you an example. William Wesley comes at me about Dajuan Wagner, OK. Now we benefited and how did they benefit? Dajuan made his money in the NBA [$7.4 million on his first contract]. That’s how this is supposed to work, someone helps you get a kid. “And when I say helping, there are many people in these kids’ ears, whether it’s the high school coach, an AAU coach, the uncle, someone is helping this young man make that decision. Now you create an ally because you coach one of their kids and you did right by them and that’s how this stuff rolls now.” Wesley, 52, is not interviewed for the film. His Wikipedia bio lists him as a consultant for CAA, while a 2007 GQ story asked of him, “Is this the most powerful man in sports?” Dan Wolken, now at USA Today, covered Memphis when Calipari was the coach. “If people saw William Wesley at a basketball game or at a practice, or sitting behind the Memphis bench, it would drive them nuts,” he says in the film. “They’d go, it’s dirty, it’s dirty, it’s dirty. Well what is? Do you know? How is he dirty? How is he dirty and what rule is he breaking?” Dave Didion, a former NCAA investigator, says in the film that “there have been instances in which Wes has spoken to the [NCAA] enforcement staff, they weren’t strangers to each other. I don’t think anybody in the enforcement staff would ever say Wes is a good guy or a bad guy, Wes is just Wes. Wes is everywhere.” After the one-and-done rule came into effect in 2005, Wesley also helped Calipari get Rose, who planned to be a one-and-done. “I was sitting in a gym in Las Vegas watching Derrick Rose play,” Katz recounts. “And I was next to a coach who said to me, ‘Hey, do you know who Worldwise Wes is?’ because he’s recruiting Derrick Rose. And I kind of jokingly said, ‘If you have to ask me who Worldwide Wes is, you’re not getting him.’ And that coach didn’t get him, John Calipari did.” Rose, of course, helped lead Memphis to the 2008 title game, where they lost to Kansas. Memphis’ victories that season and appearance in the title game were later vacated once the NCAA looked into Rose’s SAT score. That and Calipari’s history at UMass, which also had it’s Final Four appearance vacated over the Marcus Camby/agent deal, are covered in depth in the film. Several years ago, I was sitting courtside watching Kidd-Gilchrist play a game with St. Patrick’s at Kean University and there were four reserved seats next to press row. It turned out that those four seats were later filled by Calipari, Wagner, Wesley and a rapper. Kidd-Gilchrist, who is Wesley’s nephew, went on to sign with Kentucky and become the No. 2 pick in the 2012 NBA Draft behind fellow Kentucky product Anthony Davis. One thing that Calipari said he learned from the experience with Wagner, whose NBA career was short-lived because he developed colitis, was that kids should head to the NBA as soon as they can to make their money because you never know when something will change their lives. “It showed me at that time, you gotta let them go when they’re supposed to because that’s what could happen,” Calipari says in the film. “And after seeing that and what could have been, like nothing. He wouldn’t have made anything [had he stayed at Memphis], made me believe that we gotta do this different.”