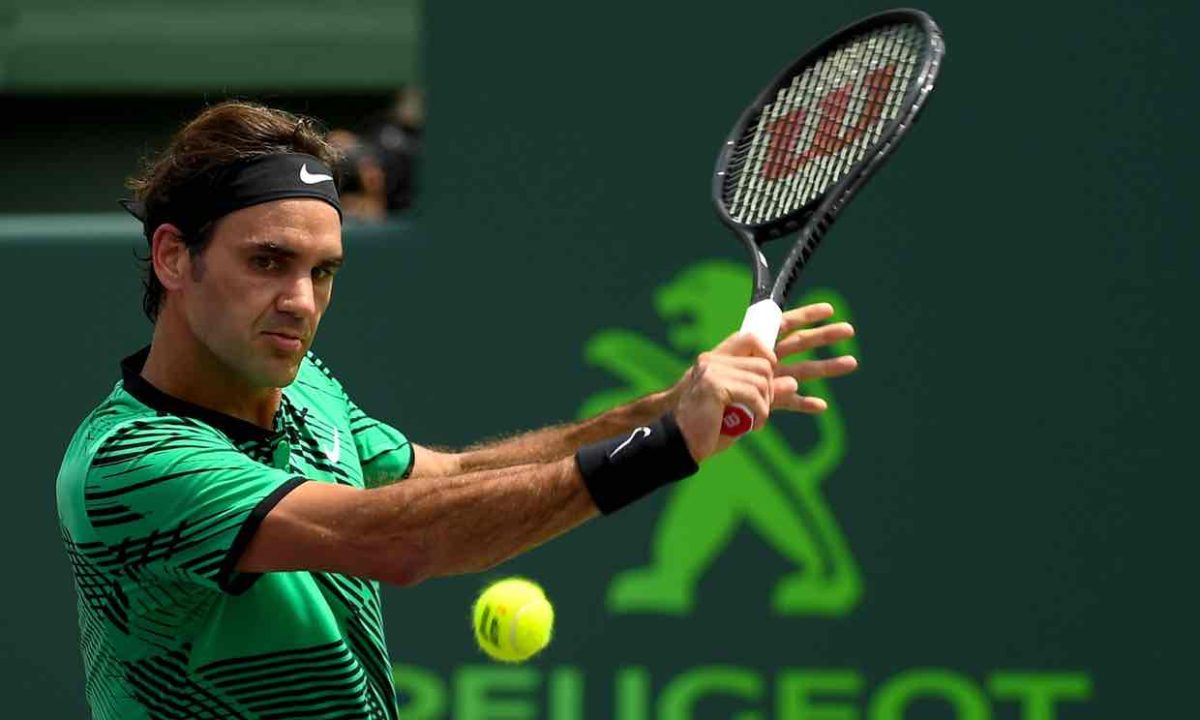 Roger Federer’s magical 2017 continues. The 35-year-old Swiss Maestro defeated his longtime rival Rafael Nadal, 6-3, 6-4, in steamy conditions on Sunday en route to his third Miami Open title and first since 2006. Federer improved to 19-1 in 2017 with the win and now owns championships at the Australian Open and the two premier outdoor hardcourt tournaments in the spring, Indian Wells and Miami. “For me, the dream continues,” Federer said. “It’s been a fabulous couple of weeks here in Miami. Indian Wells was beautiful as well. But the atmosphere here is very special.” Federer has now beaten Nadal four straight times, including in the Australian Open championship in January where he won his 18th career Grand Slam championship. Nadal leads the all-time head-to-head 23-14.

“Amazing start to the season, I think one of the best comebacks ever on the tour after a long injury,” Nadal told Federer in reference to him missing six months following Wimbledon. “I’m very happy for you, so well done.” Nadal dropped to 0-5 in Miami Open finals. He has also dropped eight consecutive hardcourt finals. The two met for the first time at Miami in 2004 with Nadal winning easily. Federer then topped Nadal in five sets in the 2005 final. “This is where it all started for us in 2004 when you were a little boy,” Federer said. “You grew into a big man and a strong man and we’ve had some epic matches over the years, which I didn’t always enjoy, but mostly. We’ve had some great battles over the years. “I truly believe you are going to still win this tournament. You’re too good not to win this one, so all the best for the coming years, of course.”

Nadal will be seeking his 10th French Open title later this spring. “The clay court [season] is around the corner and I’m sure you’re going to tear it to pieces over there,” Federer said to Nadal. Meantime, Federer indicated he will likely won’t play any claycourt events before the French Open, which he won for the only time in 2009 after Nadal was upset by Robin Söderling in the fourth round. “You’ll probably see me at the French again,” Federer told ESPN’s Brad Gilbert. With his strong start to 2017, Federer is in position to regain the world No. 1 ranking, something which is important to him. “At the end I want to stay healthy and I want to enjoy myself because when I’m healthy and when I’m feeling good, I can produce tennis like this,” he said. “If I’m not feeling this good there’s no chance I’ll be in the finals, competing against Rafa. So I think that’s why this break coming forward and focusing everything on the clay court season and the French, the grass and then the hardcourts after that, I think it’s going to be the key for me. “If things happen for world No. 1, that would be great, but I still think I’m a long way away.”

Federer has a huge lead now in the ATP rankings. pic.twitter.com/DMYEZw6s0E