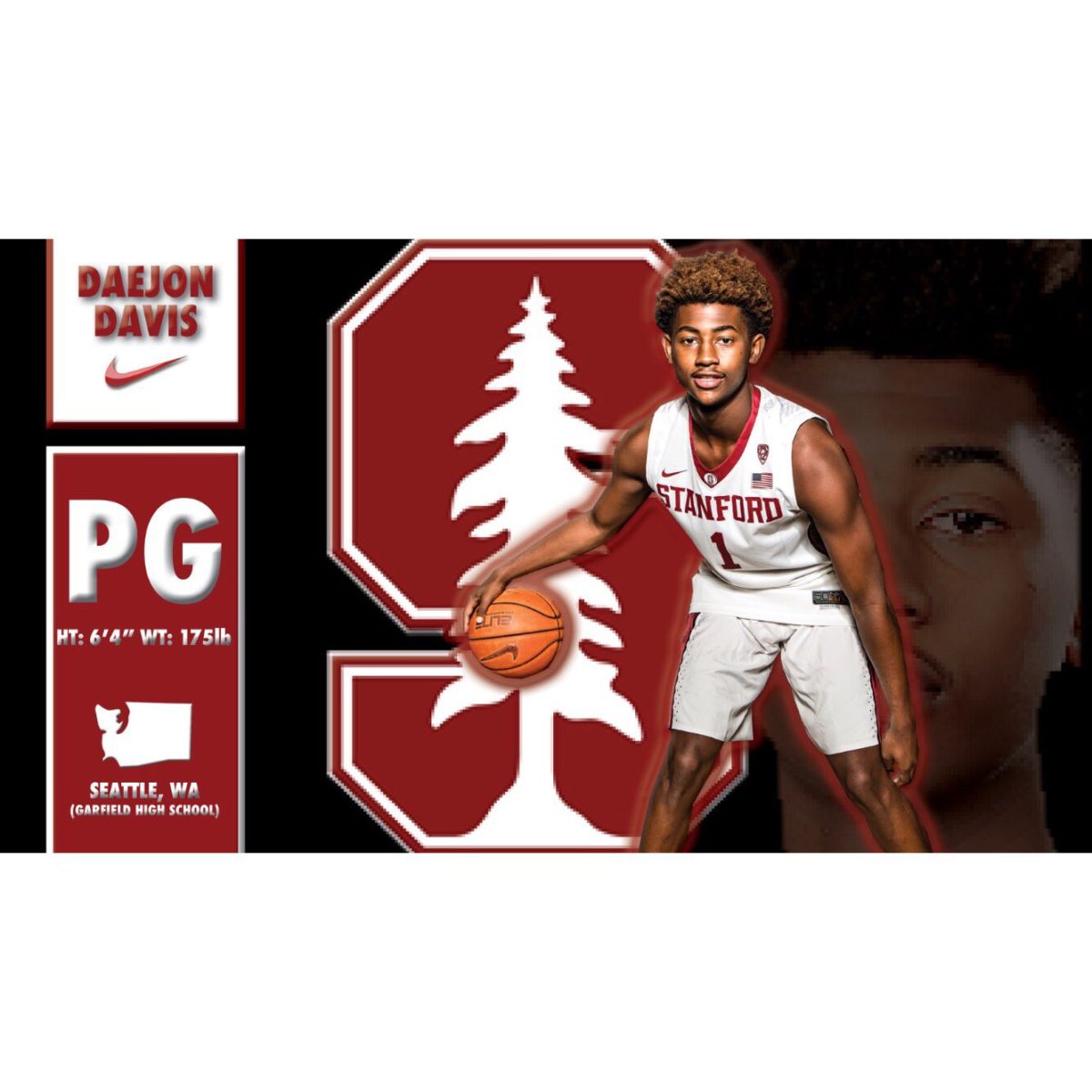 Daejon Davis, the 6-foot-3 combo guard from Garfield (WA) High School, announced his commitment to Stanford on Saturday via Twitter. Following his release from Washington last week, Davis chose Stanford over Washington, Gonzaga, and Oregon. Jaylen Nowell, Davis’ teammate at Garfield, has not asked for his release and is the only member of the five-player recruiting class not to make that request. Davis joins Kezie Okpala, Isaac White, and Oscar da Silva as the fourth commit in the Cardinal’s 2017 class. He is ranked by 247Sports as the #47 player in the Class of 2017. Follow Jacob on Twitter