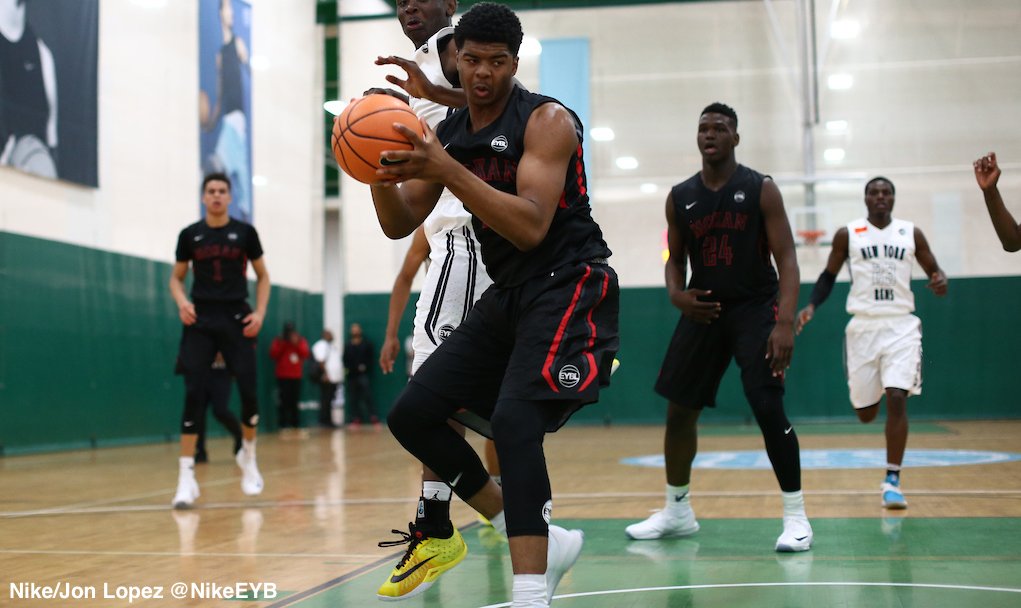 Following his unofficial visit to St. John’s this past weekend, uncommitted Class of 2017 forward Derrick Walker is closing in on a college decision. The 6-foot-8, 240-pound senior power forward from Sunrise Christian (KS) is considering St. John’s, Tennessee and Georgia and has now visited all three programs. “I’m going to meet with my people and hopefully make a decision soon,” he said Tuesday by phone. Asked if he could pull the trigger this week, he said, “Possibly.” He took his official to the Queens school and then was at Madison Square Garden Sunday night for the Red Storm’s 82-77 loss to Xavier. “It was pretty good,” he said. “The message was they pretty much need a big with size, a guy that can rebound, a guy they can throw the ball into, a guy who can have a post presence.” St. John’s lost big man Yankuba Sima to transfer (Oklahoma State) and opted to part ways with 7-foot-1 Class of 2017 big man Zach Brown after his string of legal troubles. That makes Walker a priority in the spring. “I got a chance to sit down with all of the coaches,” Walker said. “It was pretty nice. New York is always moving and it’s a little upscale, so it’s nice.” As for Georgia and Tennessee, he said, “Each school that’s recruiting me needs a post presence, a guy who can be a leader.” In terms of what factors will go into his decision, he said, “It just comes down to the people.” As for what skillset he brings, Walker said: “I’m very skilled at both offensive and defensive rebounding. I can score from the post. I think I have good footwork. I can be a floor general at times, meaning I’m a good vocal leader.” Said Sunrise Christian coach Luke Barnwell: “He is a tough defender and rebounder who is skilled with both hands around the basket. His upside will depend on his perimeter skillset due to being a little under-sized. If he can develop a perimeter jump shot he can be very dangerous.” Photo: Jon Lopez/ Nike