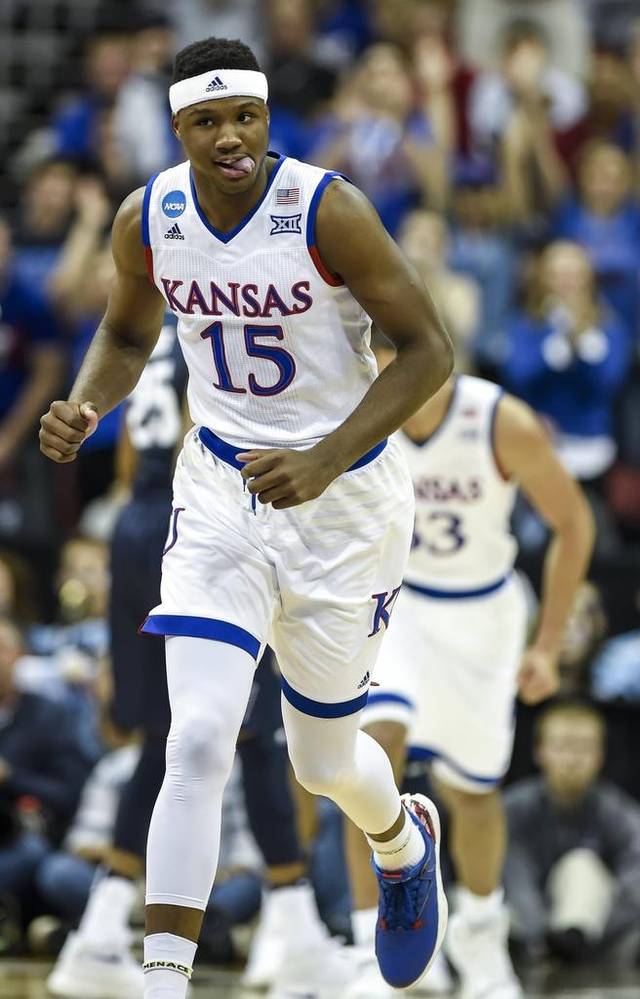 By MIKE McCURRY Kansas forward Carlton Bragg has been charged with possession of drug paraphernalia and will appear in municipal court on February 14th, according to Jayhawks’ beat reporter Jesse Newell of the Kansas City Star. Bragg, who was suspended on Thursday by head coach Bill Self and subsequently missed Kansas’ win at Kentucky on Saturday, had two glass smoking devices with residue seized by Kansas University police, who at the time were carrying out their investigation of an alleged rape at McCarthy Hall—where the men’s basketball team happens to live. Self made it clear that Bragg’s suspension was unrelated to the rape case. This is Bragg’s second suspension in a two-month span. The 6-foot-10 sophomore sat out KU’s December 10th victory over Nebraska after being arrested for an altercation with his girlfriend. He was reinstated after the misdemeanor battery charge was dropped. Bragg is averaging 6.1 points and 4.8 rebounds per game this season for Kansas (19-2), which hosts Baylor on Wednesday. Photo: Kansas City Star

No. 1 Villanova Beats No. 12 Virginia on Donte DiVincenzo's Tip-In at The Buzzer