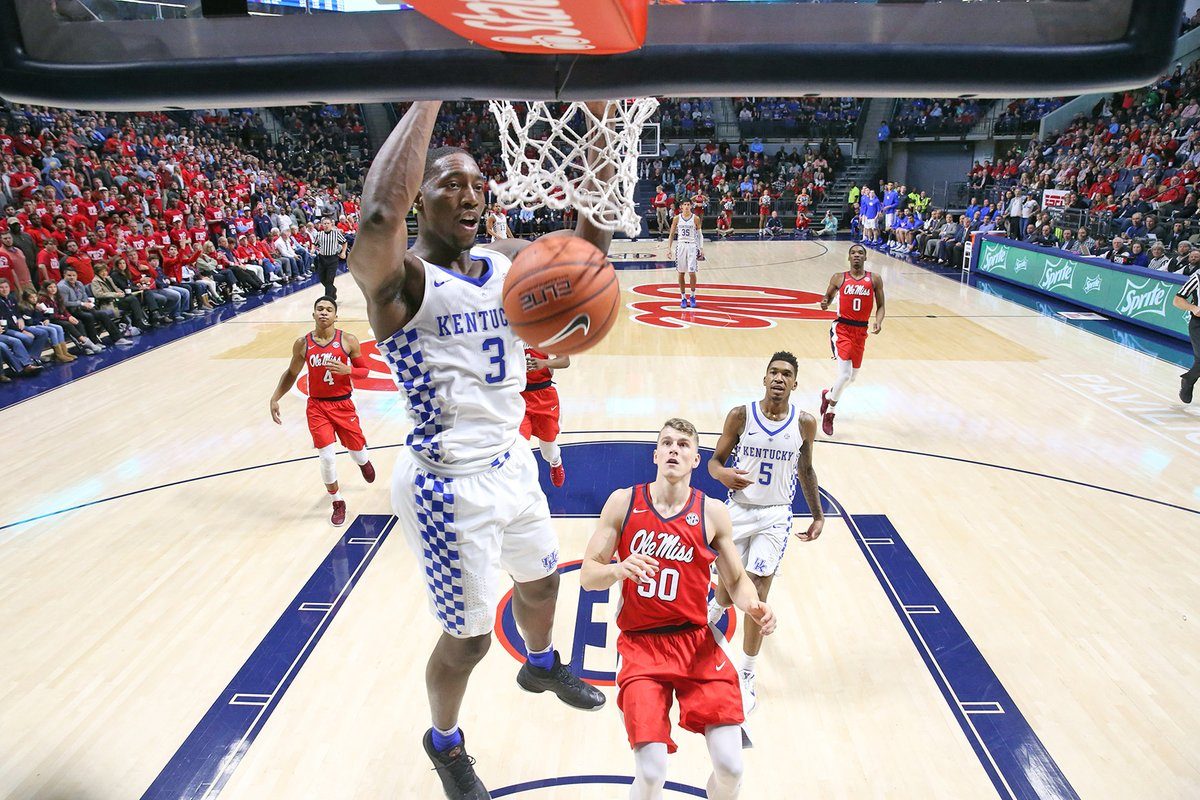 By MIKE McCURRY Entering this season, the only Kentucky player to have a triple-double in program history was Chris Mills back in 1988. After Isaiah Briscoe’s 19-point, 10-rebound, 11-assist performance in Thursday’s 99-76 win over Ole Miss, two additional Wildcats have joined Mills in the triple-double annals in about a month’s span. De’Aaron Fox went for 14, 11 and 10 back in late November versus Arizona State. His came with some serious controversy, however. Briscoe’s triple-double was much less dubious–and his career-high 11 dimes were four better than his previous best–though the 6-foot-3 guard did require some help from teammate Derek Willis. With 2:45 remaining, Briscoe was one rebound shy of sealing the triple-double when Willis, a career 85 percent free throw shooter, purposely bricked a foul shot toward Briscoe’s area. “I needed one more rebound,” Briscoe said. “Shout out to Derek for real.”

Watch Derek Willis give Isaiah Briscoe the "look", before intentionally missing this free throw on his side to give him the triple-double. pic.twitter.com/KBPHnyPK1r

Whether or not Briscoe would make history was the biggest concern for Kentucky, who showed no visible spillover effects from last Wednesday’s loss to Louisville. The Wildcats’ 60-point first half versus Ole Miss—the most in the John Calipari era—consisted of a whopping 18 fast break points. Malik Monk, held in check by Louisville (16 points, 1-of-9 shooting from deep), went off for 34 points against the Rebels. That’s the highest total a Kentucky freshman has ever scored in an SEC road game.

Bam Adebayo scored a career-high 25 points, with eight of his 12 converted field goals coming on dunks.

Bullet pass from De'Aaron Fox to Bam Adebayo for the slam. #BBN pic.twitter.com/MCtT0FJkie

Hamidou Diallo Finishes Up 'Great' Official to Kentucky, Arizona Could Be Next