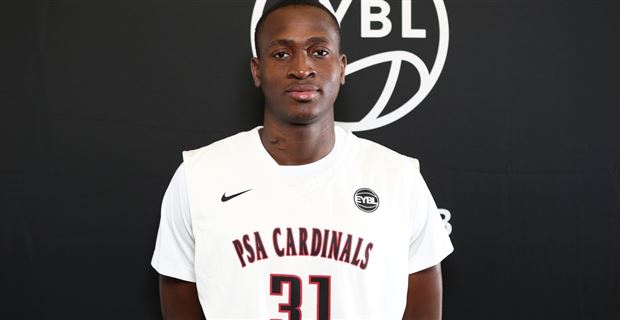 Mamadou Doucore, a 6-foot-9 junior forward from Our Savior New American and the PSA Cardinals AAU program, has committed to Rutgers, according to Andrew Slater of 247Sports.com. Doucoure, who also considered Oregon, Seton Hall, St. John’s, Miami, Providence, Creighton, Minnesota, Georgia Tech and USF, is Rutgers’ first pledge in the Class of 2018. “I am so excited to become a Scarlet Knight,” he told Slater. “Coach [Steve] Pikiell showed me the most love. Out of all the schools which recruited me, he made sure I knew I was their main recruit.” A native of Mali nown as “Duke,” he is averaging about 14 points, 12 rebounds, and 3 blocks for OSNA this season. “The sky is the limit because he works so hard,” Our Savior coach Eric Jaklitsch told ZAGSBLOG. “He is tough and wants to be great and listens to his coaches.” He added: “I have been doing this for 15-plus years and there has never been a better recruiting job than what Rutgers and coach [Brandin] Knight did with Duke. The kid is on Cloud Nine right now. He is so happy. And coach Knight deserves credit for that. He developed the trust. The kid believes Rutgers is a perfect home.” Said PSA Cardinals coach Mark Carter: “Mamadou is truly a blue-collar ball player. He brings toughness, work ethic and heart to wherever he plays. Rutgers will get a guy who will improve each season. He rebounds, defends and leaves it all on the court. His toughness fits the rugged Big 10 Conference. Once he puts it all together offensively he has the potential to be an all-league player.” Photo: Jon Lopez/Nike. Follow Adam Zagoria on Twitter And like ZAGS on Facebook