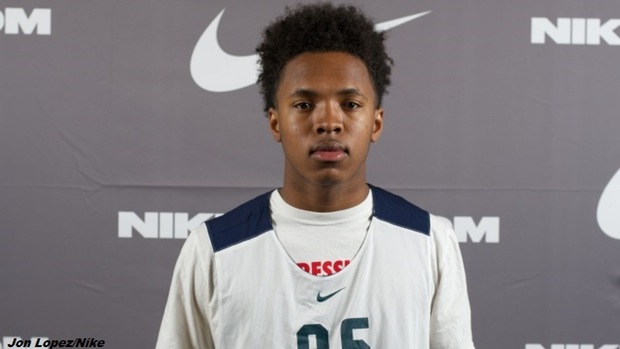 Kimani Lawrence, the 6-foot-7, 200 pound small forward from New Hampton (N.H.) School, committed to Arizona State on Saturday. The No. 10 small forward in the Class of 2017 according to 247Sports.com, he also considered Florida and USC. He had taken officials to each school. “I did want to get away from home so the warm weather is a plus,” Lawrence told reporters. “Bobby Hurley and his experience in the game is exciting to me. I trusted everyone on the staff and got friendly with all the players there.” The Providence native joins point guard Remy Martin in Hurley’s 2017 class. “Coach Hurley recruited me but he knew I wanted to go away from home,” Lawrence said. “I grew up a PC fan but it was just bad timing. They have some good guards on the roster already. No hard feelings.” “Kimani is a big wing with a high IQ who can score the ball in many ways,” said Todd Quarles, director of Expressions Elite. “He can shoot the 3 ball, is a tremendous slasher that plays above the rim and has a very good mid-range game. His ceiling is very high and that is why so many colleges were after him He’s a tremendous person who is a great student and very coachable and he wants to win.”

Mohamed Bamba to Sign Late, No Other Visits Currently Planned