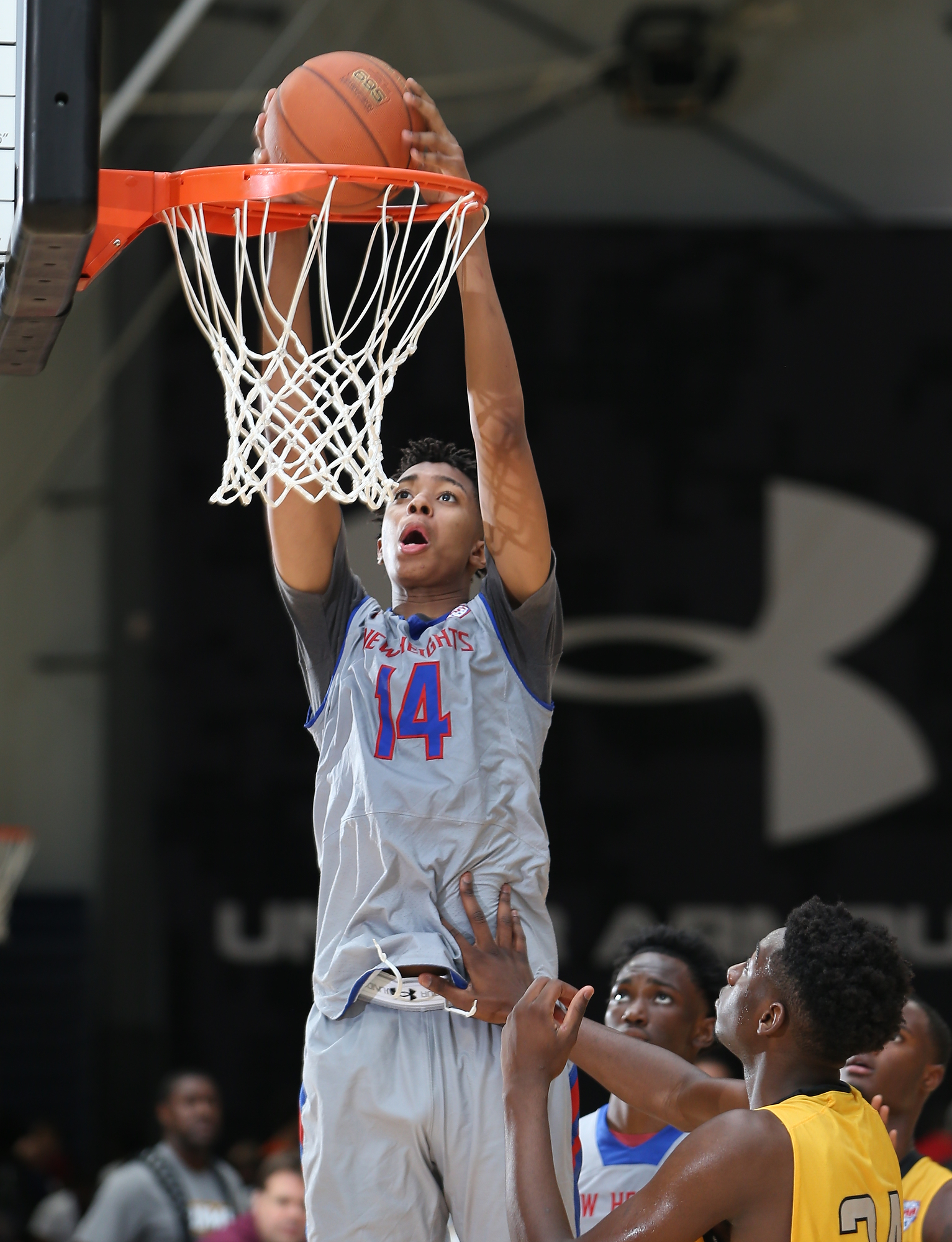 With college coaches now out visiting high school players, Moses Brown has been a must-see for many high-major programs. “They’ve been coming all last week,” Malcolm Brown, the player’s father, said by phone. “You had Kansas, you had Georgetown, you had Villanova, St. John’s, Georgia Tech and Duke.” The 7-foot-1 center from the New Heights AAU program and Archbishop Molloy High School in Briarwood, N.Y., is ranked 19th on ESPN’s Top 60 for the Class of 2018. Kansas, UConn, Arizona, Florida, Louisville, Maryland, Michigan, Minnesota, Oklahoma State, Seton Hall, St. John’s, UCLA and USC have all offered. “He likes Duke, his grandmother likes St. John’s to keep him close to home and I like Georgetown,” Malcolm said. “So we just gotta sit down and work it out. But it’s still early.” Duke has not offered but associate head coach Jeff Capel last week saw both Brown and 2019 point guard Cole Anthony, the son of former NBA point guard Greg Anthony. “I know they have interest,” Malcolm said. “[Capel] gave me his number the last time they had open gym.” As for St. John’s, Brown recently visited the Queens school, which has made him a priority in 2018. “He’s been real tight with coach Matt [Abdelmassih], Chris Mullin,” Malcolm said. “They’ve been keeping up with him last year, this year.” Malcolm said “his grandmother likes it, I kind of like it, but he wants to get away, so I don’t want to be the one if something don’t go right and he says, ‘I told you so,’ so it’s something we gotta work on.” Meantime, Malcolm likes Georgetown because of its history of big men, including Patrick Ewing, Dikembe Mutombo and Alonzo Mourning. They are planning to visit the school next month. “I love Georgetown, it’s a big-man school,” he said. “They basically said they were trying to build a team around him. They didn’t realize he has the post skills that he has.” Malcolm also mentioned Louisville and Maryland among those involved. “We visited Maryland and we loved it,” Malcolm said. Follow Adam Zagoria on Twitter And like ZAGS on Facebook