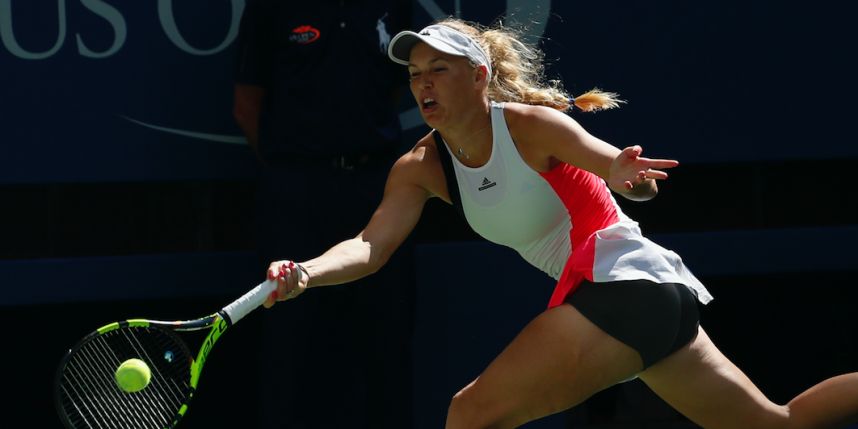 NEW YORK — Caroline Wozniacki was born in Denmark, lives in Monte Carlo and owns a pair of two-bedroom apartments off Union Square West for which she paid close to $9 million. So when she plays the US Open every year, she feels right at home in the Big Apple. Her mother cooks and does laundry for Wozniacki while she’s here, too. “It’s nice to have mom around,” the 26-year-old Dane said. “Usually I have to do all that myself. It’s nice just being able to sleep in your own bed. It’s a more relaxed feeling. Also, I have so many friends here, so every day I have been going out for lunch or dinners and just kind of enjoyed the city, as well. I think that’s kind of recharged my batteries.” The former world No. 1 has fallen to No. 74 in the rankings but is making at run at this US Open. After using her steady play to knock out the more erratic Madison Keys in straight sets on Sunday, Wozniacki will face Anastasija Sevastova of Latvia in the quarterfinals on Tuesday. If she gets through that, she would face the winner between No. 2 Angelique Kerber and No. 7 Roberta Vinci in the semifinals on Thursday. Click here for the full story on Metro. Follow Adam Zagoria on Twitter And like ZAGS on Facebook

Is the Nadal-Federer Era Officially Over?