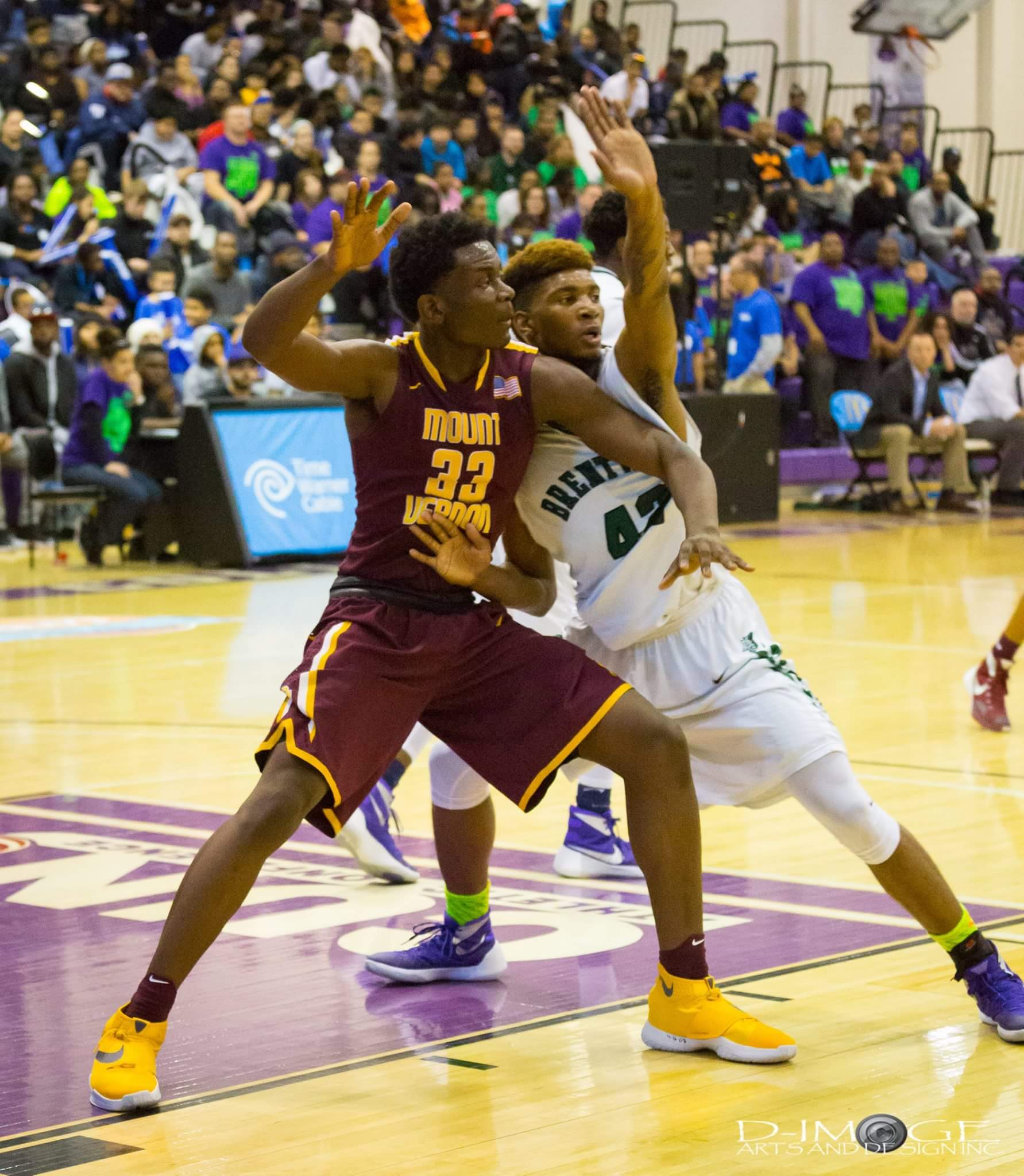 Greg Calixte, a 6-foot-9, 230-pound big man from famed Mount Vernon (N.Y.) High School and the NY Rens AAU program, visited Temple unofficially on Thursday and has more trips planned. “Temple was great. Their message was they watched me briefly [this summer] and they’d like the opportunity to watch me more in workouts and open gym,” Calixte said. No offer was made and Temple may come back to see him during an open gym later this month. Calixte holds offers from DePaul, La Salle, Hostra and Iona, among others. Calixte, who played AAU ball this summer with high-major prospects Hamidou Diallo, Jordan Tucker, Jordan Nwora and Jose Alvarado, has officials slated for Quinnipiac (Sept. 23) and DePaul (Sept. 30). “Every year I’ve been fortunate to coach him since seventh grade in the Junior Knights and he’s made tremendous improvement,” Rens coach Dwayne Murray said. “He has explosively quick footwork with his post moves, and he runs the court very well for his size. He stays in the weight room. He’s a good passer out of the post. But his best attribute is he’s listens. He’s so coachable. “He played on a NY Rens team where our perimeter players were ball dominant. But watch his tape against Nick Richards [of Expressions Elite] and Dhamir Cosby-Roundree of Team Final in Peach Jam and that’ll tell you how good he can be. Some team is gonna get a diamond in the rough.” Follow Adam Zagoria on Twitter And like ZAGS on Facebook