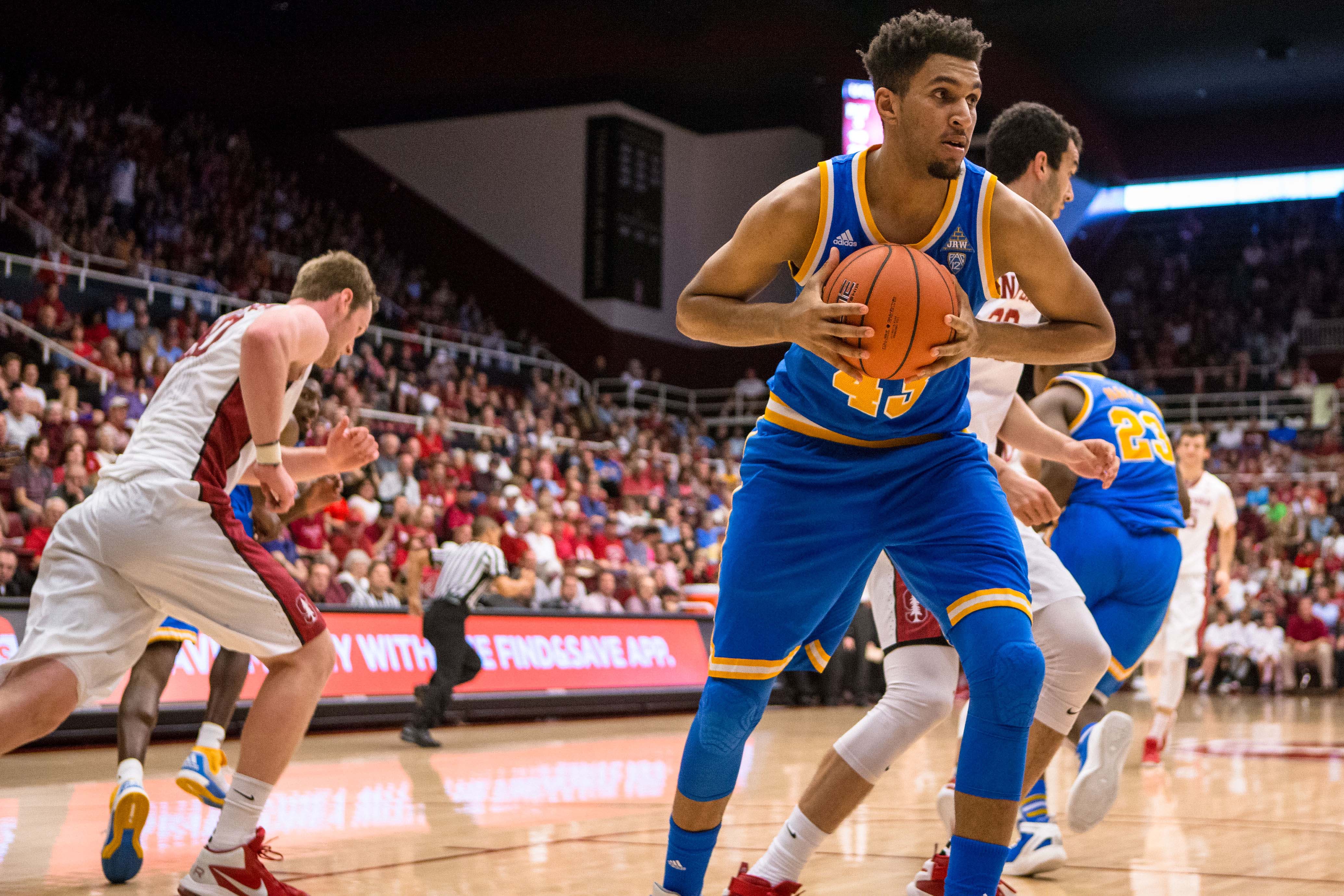 UCLA is preparing to take a trip to Australia next month, and it is doing so without two key pieces. The school announced Tuesday that junior wing Jonah Bolden would forego his final two years of eligibility and turn professional and play in Europe. The news of Bolden leaving comes less than two weeks after sophomore guard Prince Ali underwent surgery to repair a torn left meniscus. That injury occurred on July 8 during a pickup game. Wednesday on the 4 Quarters Podcast, Bruins assistant coach David Grace addressed Bolden, Ali, and several other topics. “Jonah came to us and expressed his desire to play professionally, and obviously, there are some other issues that went along with that, but I’m not allowed to talk about that due to the privacy of the young man,” said Grace, referencing Bolden’s well-documented NCAA eligibility issues. “That was his decision, and we were saddened to hear that. “That was a heartbreaker, he was working really, really hard,” Grace said of Ali, a Bronx native who spent his high school years in Florida. “He had a great attitude, great kid. It’s a tragedy, but he’ll probably be better around January, and yes, we expect big things from him.” A third player, freshman guard Kobe Paras, withdrew from UCLA after failing to meet certain academic requirements. He had been conditionally admitted to UCLA but has since enrolled at Creighton. Grace noted on Wednesday that the Bruins cannot replace departed players with junior college or graduate transfers due to the academic requirements being so rigorous. With that, minus Paras, UCLA’s freshman class is still loaded. Ranked the No. 5 class in the country by Rivals.com, point guard Lonzo Ball, last season’s Naismith High School Player of the Year, power forward T.J. Leaf and center Ike Anigbogu were all five-star, top-25 recruits coming out of high school. Ball, especially, can be electric. The 6-foot-4 18-year-old is projected as the No. 14 in the 2017 NBA Draft according to DraftExpress. “Lonzo Ball, what can you say about him?” Grace said. “He won every award, went to a public high school (Chino Hills High School), went 35-0 playing some of the best teams in America. Beat Montverde in Florida, just a sensational player and just another great academic kid. “They compare him to Jason Kidd. He can do it all, the best passer I’ve been around at the high school level.” No matter the youth UCLA employs, expectations at one of the nation’s blueblood programs are always through the roof. Fourth-year head coach Steve Alford steered the Bruins to the Sweet 16 in 2014 and 2015, but took a step back by going 15-17 with no postseason in 2016. Maybe defections to the NBA across Alford’s first three seasons, including Zach LaVine, Kyle Anderson, Jordan Adams and Kevon Looney, finally caught up to the program, but those high expectations aren’t going anywhere. “Here at UCLA, there’s always pressure,” Grace said. “There’s pressure every day to perform. This is a school of champions. We had two very good seasons the first two years, then there was a drop-off. We have to hit the mark on freshmen, and replace one-and-done freshmen with other one-and-done freshmen. With that, there will come a year like last season. “We had talent, we just couldn’t put it together at the end to get enough to get into the NCAA Tournament. This year’s team is way more experienced with some senior guards, and they’ve been through the ringer. With the heralded freshman class, I think we’ll be able to make an NCAA run, and a deep run.” Follow Josh Newman on Twitter And like ZAGS on Facebook