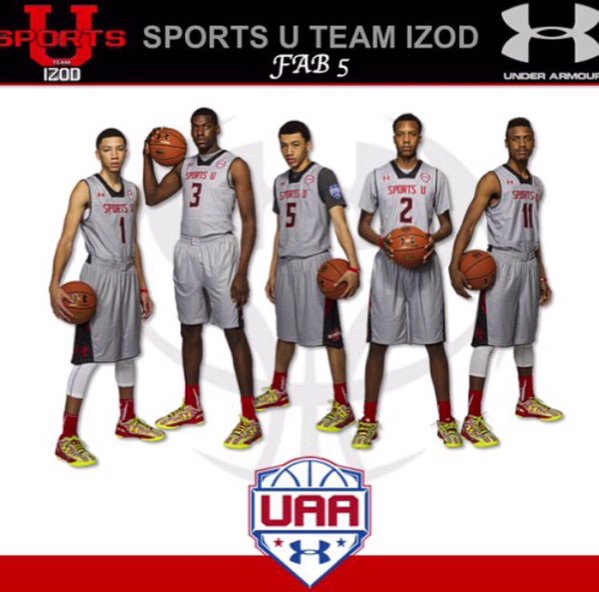 JERSEY CITY, N.J. — Jahvon Quinerly wasn’t born when the original Fab Five took the Michigan Wolverines to back-to-back NCAA championship games in the early 1990s. But he’s seen the ESPN “30 for 30” film and knows the storyline. Seton Hall associate head coach Shaheen Holloway created some buzz this week by offering scholarships to a new Fab Five: the 6-foot Quinerly, 6-3 shooting guard Luther Muhammad, 6-6 small forward Louis King, 6-3 point guard Atiba Taylor and 6-9 power forward Naz Reid — all Class of 2018 prospects from the Sports U Team Izod AAU program. “They want to try to get all five guys,” Sports U coach Brian Coleman told SNY.tv. “They feel like if they could get these guys that play together to stay home, it would be great for their state, it would be great for their team because they’d have a group of guys that are familiar with each other and they’re kind of looking at them as kind of like the next Michigan Fab Five.” Quinerly was thrilled at the group offer. “That was exciting,” he told me Thursday at Hudson Catholic High School. “Just thinking about how we could all go to the same college together, that’s pretty amazing.” How good could this group be if they teamed up together at the next level? “That would be crazy, that would be pretty crazy,” Quinerly said with a laugh. “That’s some W’s.” Is it realistic? 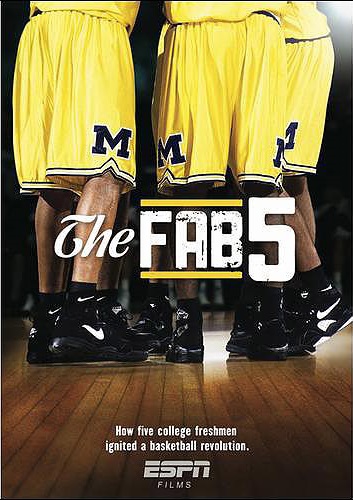 “We’ve talked about it before so I know that there’s a possibility that it could happen,” Quinerly said. “We just talk about playing together. Me and Luther came to the same high school together. Originally, Louis, Atiba and Nazi were all going to go to Roselle Catholic together, so we paired up with each other. We talk about it all the time.” Now Quinerly and Muhammad are at Hudson Catholic, King and Taylor are at Pope John XXIII and Reid plays for Roselle Catholic. “We’ve probably talked about it [playing together in college] about twice, but that would be something big if that happened,” the 6-3 Muhammad said. “We’d be real good.” What would they be looking for in such a package? “If the school is explaining to us how it would be and what would be our value to the school and to the team, like would we all be able to start and things like that,” Muhammad said. “All that stuff that would determine if we call go to the same school or not because we all love playing together.” Said Coleman: “Those kids, they love each other, they’ve been together since the sixth grade and they’ve had a lot of success together so it’s not as far-fetched as you might think.” Package deals are tough to bring to fruition for two guys (see Jahlil Okafor and Tyus Jones, much less three, four or five, yet it has long been argued that for Seton Hall or Rutgers to get things going, they need to attract a core of young New Jersey players who want to play together and grow as a group on campus. 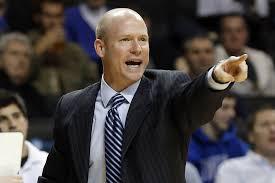 In that regard, Seton Hall made a shrewd move here, one that is consistent with head coach Kevin Willard’s philosophy on targeting local kids who may want to stay home. “I think this is a good play by Seton Hall,” said Roselle Catholic coach Dave Boff, whose team has won two New Jersey Tournament of Champions titles in the last three years. “All of these kids are high-major players and due to their history together maybe you could get a few of them and build a class with them.” Hudson Catholic coach Nick Mariniello agrees. “I think it’s positive that Seton Hall’s in aggressively with these guys right now, absolutely,” he said. “That [Sports U] team is extremely talented,” Mariniello added. “If they put a package together and they can get those five guys, great, but if you can get three of them it’s fantastic.” Jason Hasson, who coaches King and Taylor at Pope John XXIII, also likes what Seton Hall did here. “I think it was a very smart move on their part to announce the team offer together,” Hasson said. “It has generated a considerable amount of buzz. They would, obviously, make a great class because you have been good players at multiple positions who have played together and won together. I think if this would happen, Seton Hall would become trailblazers and you would begin to see other schools offer entire teams together. “Even though there is some overlap as far as positions they have been able to have a great deal of success playing together and I think Seton Hall is looking to replicate that success. Positionless basketball is becoming a big trend and many teams are simply putting the best five players on the court together and it seems to be working with great success.” Still, it could be difficult because each of the five guys will have to end up doing what’s right for him — and they may not necessarily mean going where the others go.

Reid, for example, may have the highest upside of the group and already holds offers from Kansas, Maryland, Villanova, St. John’s, Georgetown Syracuse, Louisville and UConn, among others, with interest from Kentucky. Quinerly holds offers from Villanova, St. John’s, Penn State and others (and will visit Villanova on Friday for Midnight Madness). Taylor so far has offers from Temple, Manhattan and Rider. “I’m sure a few of them are going to get looks from big-time schools,” Coleman said. “It’s going to depend on [Reid] and his mom and what’s important to him, and being close to home and having his family come watch him play. It’s really going to be what’s important for them. One thing will be important for all of them, they all would like to have a career after college. They’re all going to look for the best situation that’s going to help them reach those goals.” “They all need their own attention, they all have different needs and they gotta make sure it’s a fit,” Mariniello said. “I always tell Jahvon, at the end of the day he’s gotta do what’s best for him. And the same for Luther, he’s gotta do what’s best for him. And the other kids gotta do what’s best for them because they all have different needs. Style of play comes into it. There’s no perfect situation so they’re all going to have to give something up.” For example, both Taylor and Quinerly play the point, so could they both go to the same school in the same class? “Well, it’s like [Shabazz] Napier and [Ryan] Boatright,” Coleman said. “To have two young guys on the floor that can really handle and make good decisions, is that better. I know for us it’s been a place, and there’s no negative with it. With Atiba being 6-3, he can guard bigger guards, Jahvon can guard little guards. So defensively, they bring a different skill set. Offensively, it’s been a plus for us having two point guards on the floor.” While Seton Hall made the move of offering all five, Coleman said the state University has yet to make a similar offer to the Fab Five (although Mariniello said they’ve been in to recruit Quinerly and Muhammad). “They haven’t,” Coleman said of Rutgers making a group offer. “I can’t say, should they do it? I don’t really know the needs of their team. They got a couple of young guards that they signed….I think it would be good for them to try to recruit some of these players because they’re really good guys and they’re young players.”