Seton Hall's Willard Says NCAA Tournament is a 'Realistic Goal,' Aim is to 'Do Some Damage' in Big Dance | Zagsblog
Follow @adamzagoria

Seton Hall’s Willard Says NCAA Tournament is a ‘Realistic Goal,’ Aim is to ‘Do Some Damage’ in Big Dance 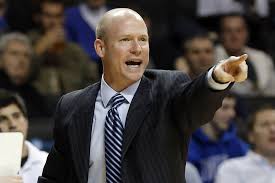 Armed with a healthy Isaiah Whitehead, an improving Angelo Delgado and several key new additions like Braeden Anderson and Veer Singh, Seton Hall Kevin Willard says it’s a “realistic goal” for his team to make the NCAA Tournament in 2016 and the ultimate goal is to “do some damage” once there. “I think it’s very important, I think it’s a realistic goal for this team now,” Willard said Friday on The 4 Quarters Podcast. “Last year, I didn’t think it was a realistic goal just because of how young we were; we were very inexperienced. “I think even though we’re still kind of young, we have much greater experience this year, so I think this team, it’s goal is not only to get to the [NCAA] Tournament but do some damage  in there.” Willard is entering his sixth season as the head coach at Seton Hall and is still seeking his first NCAA Tournament appearance. During his five years in South Orange, he is 82-80, 30-60 in the Big East and has one NIT appearance on his résumé. After starting 13-3 a year ago, Seton Hall went 3-12 the rest of the way. “I think the ups we had last year, the really good wins and getting ranked, helped us, and I think the way the season ended, I think it really helped us, too, so I think this team has kind of developed and matured to be able to make a run at that goal,” Willard said. COACH SAYS PIRATES MUST BE REALISTIC IN RECRUITING

After losing out on St. Patrick point guard Bryce Aiken on Thursday when he chose Harvard over Seton Hall and Miami, Willard also said it’s important for the Pirates to be realistic about recruiting. “You’re just never going to keep everybody home,” said Willard, speaking generally because he cannot comment on specific recruits. “So you really gotta target the guys that wanna stay in Jersey, that wanna stay close, that wanna be close to their families, and have a special experience playing in the best conference in the country [the Big East]. “But you have to kind of realize who you can get and who you can’t get.” As I recently wrote, St. Pat’s, St. Anthony and Roselle Catholic have 24 players with Division 1 offers — and that doesn’t even include other Jersey powers like St. Benedict’s Prep, Hudson Catholic, Seton Hall Prep and others. If Seton Hall (and Rutgers) could keep more of these guys home, their teams would stand to benefit. Unfortunately for them (as I’ve been writing for a decade it seems), the Kentuckys, Louisvilles, Syracuses and UConns continually drain these players from the Garden State. “The tough thing about some of the schools you mentioned is, not all of the kids with offers are from New Jersey,” Willard said. “You have a lot of kids that come from international, you have a lot of kids that come from out of state, they’re coming to these schools because they’re so well-coached at those schools, so it’s just not Jersey-born kids. “So it’s kind of a weird balance that you have to understand who can you get, who you have to go after, who put somebody at a school, so it’s not just Jersey kids.”   Photo: NJ.com

Defiant Pitino: Resigning is 'the cowardly way out'