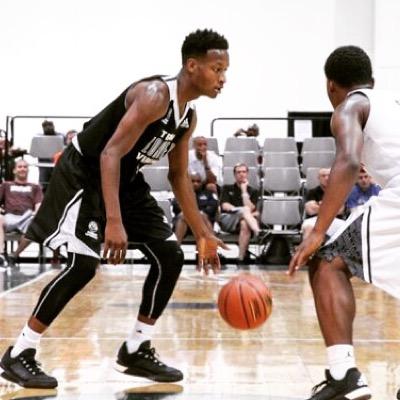 Justice Kithcart, a 6-foot-2, 180-pound combo guard from Team Loaded and Lynchburg (VA) Virginia Episcopal School, committed to Pittsburgh on Sunday. Ranked the No. 15 combo guard in the Class of 2016 by 247Sports.com, he also strongly considered TCU and Memphis. “The entire coaching staff was great,” James Kithcart, the player’s father, said. “Justice wanted to play for a great coach [in Jamie Dixon] and assistant Coach Brandin Knight was a great point guard. His story sold Justice. “Justice’s speed, toughness and playmaking ability makes him a great fit for Pitt. Pitt’s a blue collar town, with a blue collar team and Justice is that kind of guy as well.” Ty White, Kithcart’s AAU coach, added: “He’s a relentless point guard with great ball skills and the ability to touch the paint at will.” He is Pitt’s second 2016 commit following Corey Manigault, a 6-8 power forward from Fairfield (VA) Paul VI.