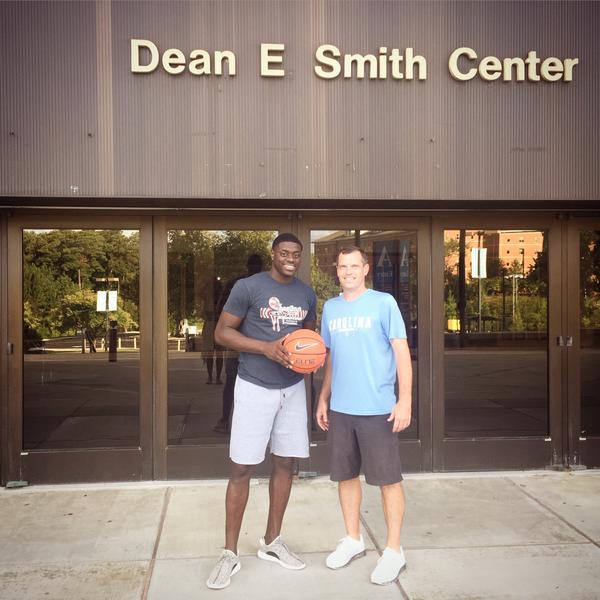 Rawle Alkins is making the most of his new location now that he’s transferred to Word of God Academy in Raleigh (N.C.) On Sunday, the 6-foot-5 Alkins took an unofficial visit to North Carolina and Tweeted, “UNC Wassup ?I Think I Would Look Good In Blue What Do You Think ?” Alkins was pictured with assistant C.B. McGrath. Kentucky, Indiana and St. John’s have been working the hardest for Alkins, who cut his list to 10 and then added Arizona. He said last month at the Under Armour Elite 24 Game that he planned to visit every school on his list. North Carolina and N.C. State were both on his list of 10. He visited St. John’s before leaving for Word of God, and has also had assistant coaches from N.C. State and West Virginia watch him at his new school. He has said he plans to pick a college in the spring.