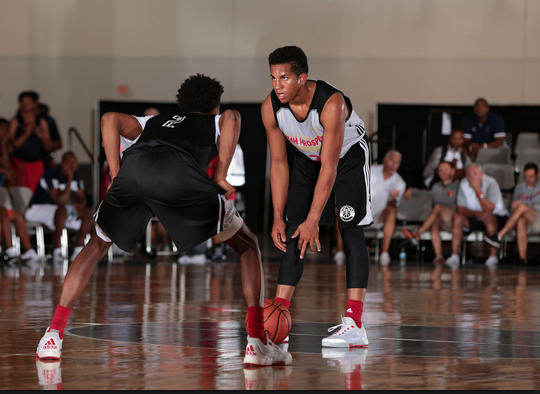 By JACK LeGWIN Frank Jackson will announce his college decision on Tuesday, with Duke the presumptive favorite. One of the top point guards in the Class of 2016, Jackson averaged 24 points, 4 rebounds, 2.7 assists in 10 games for the Utah Prospects on the Adidas Gauntlet. Jackson, ranked No. 13 in the class of 2016 by 247 Sports, has been predicted to go to Duke by 100 percent of experts.  Jackson told SNY.tv in New York at the Elite 24 that Duke has been in touch with him a lot recently. “At least three or four times a week,” Jackson said. Jackson said that the success of past point guards that have gone to Duke, including Tyus Jones and Quinn Cook has factored into his decision. “Oh yeah, you go to Duke you’re going to be successful, so definitely appealing,” he said over the summer. Jackson is also considering Stanford, Utah, Arizona, BYU and UCLA. Scott Phillips of NBC was first to report the news.   Follow Jack on Twitter