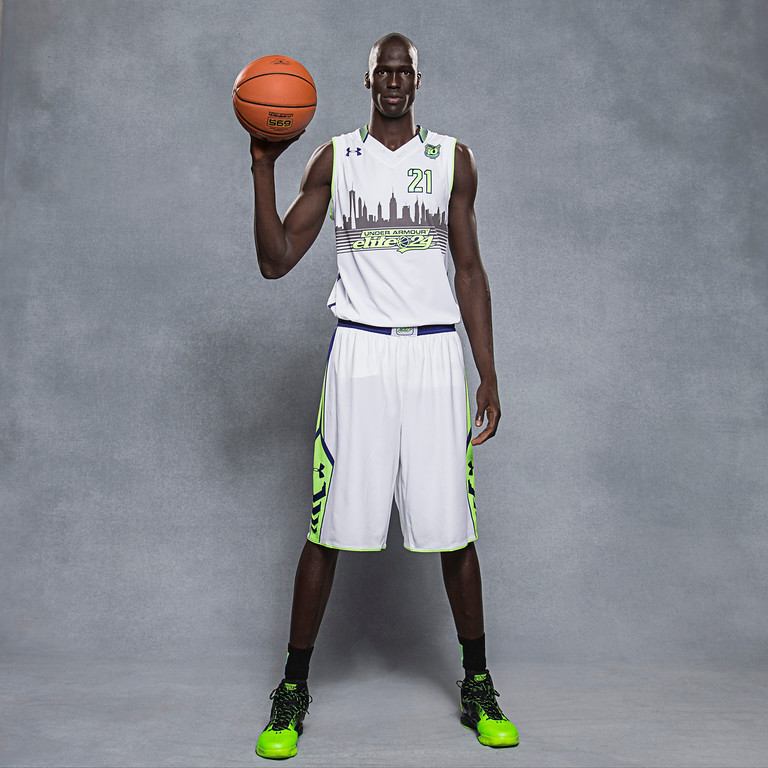 NEW YORK — Arizona State and Indiana now have some company in the pursuit of Thon Maker. Notre Dame is the latest school to get involved with the 7-foot 2016 athlete from Canada’s Orangeville Prep who went for 11 points, 7 rebounds and 2 blocks Saturday night in the Under Armour Elite 24 Game in Brooklyn. “Mike Brey is a DMV guy who cut his teeth at DeMatha [Catholic] and then at Duke before becoming a head coach,” Ed Smith, Maker’s guardian, told SNY.tv. “I’m from the DMV and he actually was my camp coach when I was in high school. He is big on development and exploiting mismatches. “He feels that Notre Dame’s academics, style of play, offensive efficiency, and player development will assist Thon in achieving all of his goals. He has not had an opportunity to work with an elite level player like Thon, at Notre Dame, but he has developed players who were not considered elite level talent into NBA lottery picks at Notre Dame. Furthermore he has worked with elite level players, such as Thon, at both DeMatha and Duke who stretched the floor before the term stretch 4.” Arizona State and Indiana, and to a lesser degree, Kentucky, have been in the mix for Maker, who opted to spend all of the 2015-16 season at Orangeville Prep and is now planning fall visits. “We are working on a possible visit [to Notre Dame] in the fall,” Smith said.