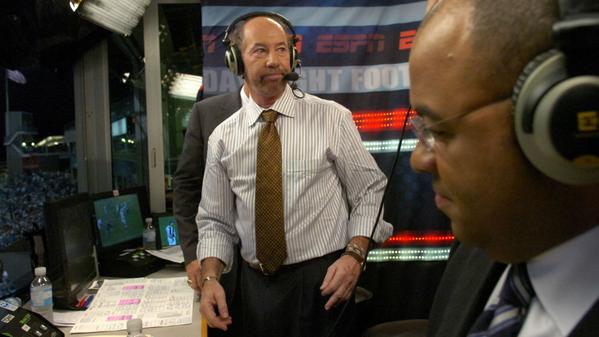 Tony Kornheiser checked in on “Pardon the Interruption” on Thursday by calling Kentucky’s John Calipari a “gangster.” “I loved Calipari until today,” Kornheiser said, according to The Sporting News. “I love him 10 times more now because he’s established that he is a gangster. He thrives in it. He wants to be in it. He’s at the alpha dog school in Kentucky. He’s the alpha dog coach and he’s, he’s Sonny Corleone.” OK, so Kornheiser also compared Calipari to a member of perhaps the most infamous (fictitious) crime family of all time. Kornheiser’s partner, Jason Whitlock, did not concur. “You’re giving him credit for what he’s supposed to do,” Whitlock said. “He’s at Kentucky. He’s got the best program. He’s been doing this for years and now you want to give him extra credit because he’s bragging about what he’s supposed to do when you’re at Kentucky?” The comments came in the wake of a Gary Parrish report that Calipari got into a confrontation three years ago over a recruit. At least one report indicates the coach is Cincinnati’s Mick Cronin and the recruit was Marquis Teague. Photo: The Sporting News