DeAndre Ayton, Consensus No. 1 in 2017, Wide Open on Schools

ARDSLEY, NY – DeAndre Ayton is the consensus No. 1 player in the Class of 2017. (Photo by Kelly Kline/Under Armour)”

ARDSLEY, N.Y. — At 7-feet, 235 pounds with a game that resembles a young Kevin Garnett, it’s not hard to see why DeAndre Ayton is the consensus No. 1 player in the Class of 2017.

Ayton has the body of a future NBA big man, but is still working his way back into shape after suffering a broken patella in his right leg during his high school season.

He went for 28 points and 13 rebounds on Saturday afternoon in an 83-77 win over Louisiana Elite, but managed just 5 points and 7 rebounds Saturday night in a 67-51 loss to Sports U.

“[I compare] myself to Kevin Garnett, Hakeem Olajuwon and David Robinson,” Ayton told SNY.tv at the Under Armour Association stop here. “I always study [their videos] and practice them on the court, too.”

ARDSLEY, N.Y. — Markelle Fultz is planning an upcoming official visit to Arizona and has recently taken unofficials to various other powerhouses.

“I have one official to Arizona June 6-8,” he told SNY.tv at the Under Armour Association stop here.

“I’ve already been on unofficials to Louisville, Kentucky and Xavier.” Kentucky has yet to offer.

As for Arizona, the 6-foot-4 Fultz out of Hyattsville (MD) DeMatha Catholic said, “It’s a great fit, they let their guards play. The have a couple bigs that can play. And I have a good relationship with Coach [Book] Richardson and Sean Miller.”

Rysheed Jordan Expected to be Ruled Academically Ineligible, May be Done at St. John’s 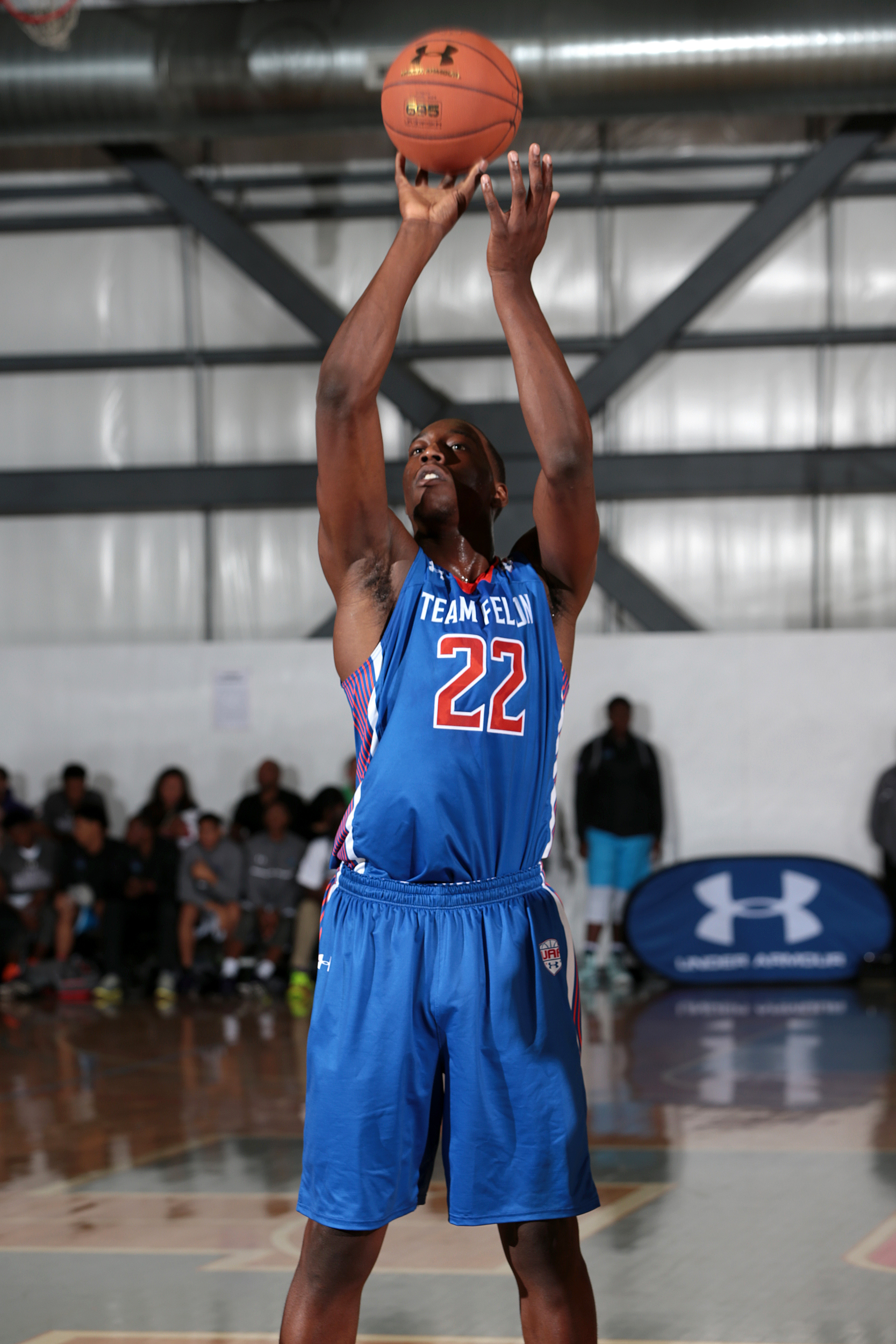 ARDSLEY, N.Y. — Edrice “Bam” Adebayo is making a cameo appearance this weekend with Team Felton on the Under Armour Association circuit after normally playing with Team Loaded on the Adidas circuit.

“It comes back to family. We all started out young together so we just gotta come back together once in a while,” the 6-foot-10 power forward from Pinetown (N.C.) Northside High told SNY.tv of his AAU switcharoo.

His mentor, Eric Peartree, said he hoped that Adebayo would get the respect he deserves by playing Under Armour in addition to Nike. 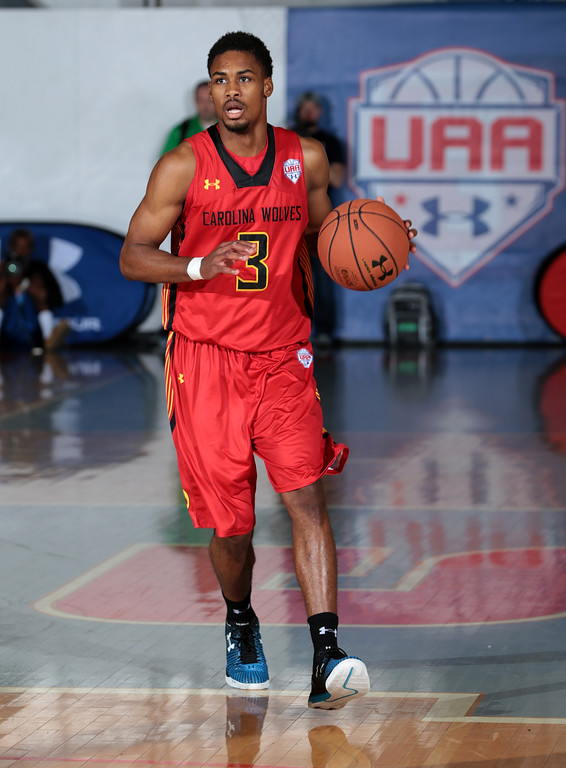 ARDSLEY, N.Y. — Seventh Woods, the 6-foot-2 point guard from the Columbia (S.C.) Hammond School, threw down a massive open-floor dunk en route to 31 points on Saturday afternoon at the Under Armour Association stop here, but his Carolina Wolves team ended up losing to Terrance Ferguson and Mo Williams Elite.

“I felt we played half a game, honestly, we just played one half and came out second half strong and we just kind of relaxed at the end,” Woods, the No. 5-ranked point guard in the Class of 2016 according to 247Sports.com, told SNY.tv after adding 4 rebounds and 3 assists.

This is not a live period so no coaches were on hand at House of Sports, but Wood said three schools are working the hardest for his services. 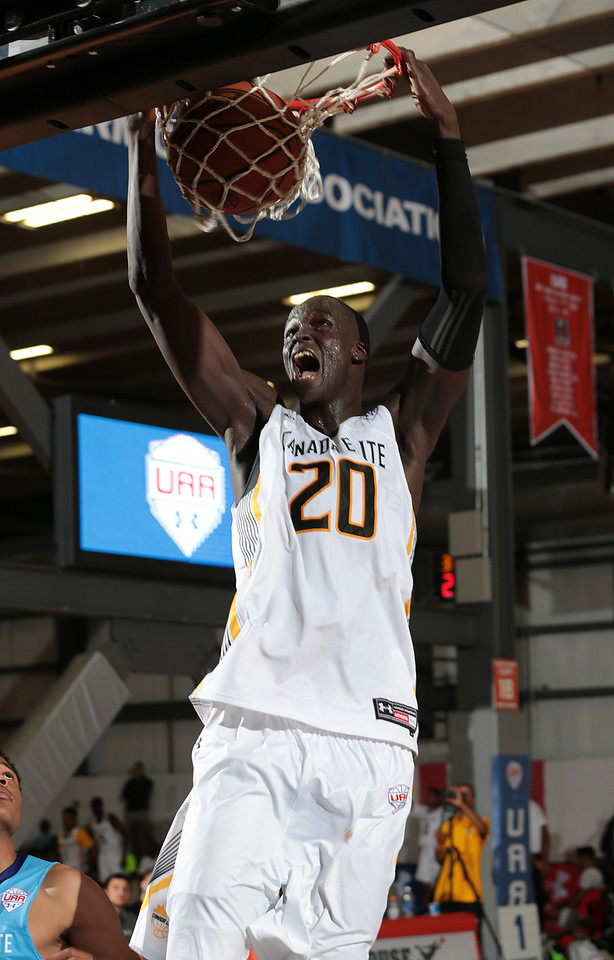 ARDSLEY, N.Y. — Indiana and Arizona State talk the most with Thon Maker’s guardian and say they have a one-and-a-half-year plan for the 7-footer if he were to arrive on campus in December.

Kentucky is also in touch with Ed Smith, who said he hasn’t heard from Kansas “for a while.”

As of now, the plan is for Maker to complete his schoolwork in the fall and then head to college at the semester break between the 2015-16 season. He is currently projected as the No. 28 pick in the 2016 NBA Draft by DraftExpress.com, but Smith said Maker could possibly wait until 2017 for the NBA.

“I don’t want to put a one-and-done on it. You finish high school, step one,” Smith said. “When you’re ready and your body is ready for the pro game, step two.”

Jamal Murray Planning More Visits, Wants to Be No. 1 Pick in 2016

After taking an official visit to Kentucky last weekend, Canadian point guard Jamal Murray plans to take more visits and is still undecided about whether to remain in the Class of 2016 or reclass to 2015.

“I like what [Kentucky] has to offer,” the 6-foot-5 Murray out of Athlete Institute (Ontario) told SNY.tv by phone on Friday evening. “They get guys to the NBA quick and they really develop each individual to the best of their abilities.”

Asked how Kentucky would manage three point guards, Murray said, “We didn’t really discuss that. We’ll be good in the backcourt. I would complement them. We’ll complement each other.”