The 6-foot-7 UNLV-bound wing from Archbishop Carroll (Pa.) won the dunk contest at last year’s Under Armour Elite 24 Game and has even impressed Dominique Wilkins with his dunking exploits.

But on Saturday night at the Mary Kline Classic at West Orange High School, Jones pulled out a truly special slam, jumping over four players, including 7-footer Josh Sharma, to win the Dunk Contest at the event. (Check out the video from Dan Exter.)

“I did it before so I just said I’m going to do it again,” Jones, who was also named Co-MVP of the Senior Game after pouring in 36 points, told SNY.tv, adding that he did a similar dunk in Indiana to win a dunk contest.

Suwannee, Ga.– No one stood out more in the 15U division at the Nike Memorial Day Classic than Ian Steere.

At 6-foot-8 225 pounds, Steere has freakish athleticism. But he says that over the course of the past couple months, he has worked hard to show that he is more than just an athlete.

“When people saw me when I first got out there, they thought that I was a true big man,” Steere told SNY.tv. “I’m trying to show that I can be more versatile and I can do more than just dunk the ball. I’m trying to be that all around player.” 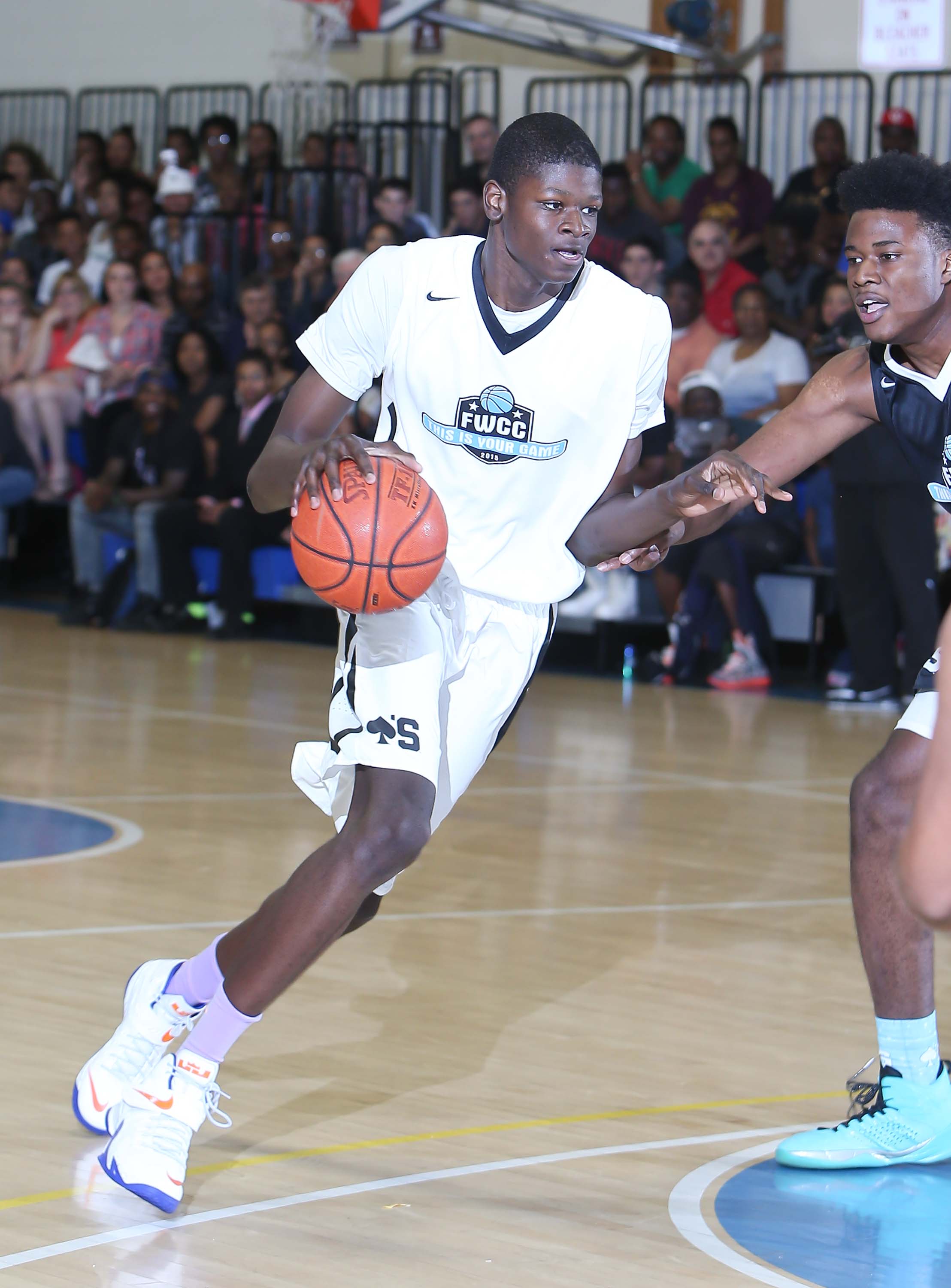 GREENBURGH, N.Y. — Bryce Aiken is a play-making point guard who is generously listed at 6-feet, 165 pounds, while Mohamed Bamba is a 3-point shooting, ball-handling, dunking machine who is 6-foot-11, 205 pounds and still growing.

Yet the two players combined to lead Team Aces to a  dramatic 123-121 victory over Team Action Friday night in the 6th Annual Frankie Williams Charity Classic at the Theodore D. Young Community Center.

Bamba went for 25 points, 12 rebounds and 7 blocks, including the game-winning dunk, while Aiken scored 28 points en route to MVP honors.

“I’m trying, I’m trying,” Bamba told SNY.tv with a smile. “I’m just exploring what I can do on the floor right now.”

Projected No. 1 Pick Towns Will Interview With Wolves, Lakers, Won’t Do Workouts

Projected No. 1 draft pick Karl-Anthony Towns will interview with the top two teams in the NBA Draft lottery — the Minnesota Timberwolves and Los Angeles Lakers — but won’t workout for any teams, sources told SNY.tv.

The Timberwolves own the No. 1 pick in the June 25 NBA Draft and have the right to select the 6-foot-11 Towns or 6-11 Duke big man Jahlil Okafor with the No. 1 pick. The Lakers pick second.

DraftExpress.com projects that Towns, who is repped by Leon Rose of CAA, will go No. 1 to the Wolves.

“It would be a blessing and an honor to even have a chance to play for Minnesota and be able to have the chance to play for a great organization and learn from a great mentor like Kevin Garnett,” Towns told SNY.tv at the lottery.

The Las Vegas Dealers semipro basketball team has offered up to $1.2 million for at least one 2015 McDonald’s All-American and has garnered interest in having several play for the fledgling team, a source close to the team told SNY.tv.

Brown recently told SNY’s The 4 Quarters Podcast that he had $10 million in startup money and would be willing to pay up to $1 million to land a McDonald’s All-American and that his team was “shooting for five” such players. He was not immediately available Friday to comment on the $1.2 million figure.

UPDATE: Maverick Rowan Tweeted on Monday that his top six consists of UCLA, St. John’s, North Carolina, N.C. State, Louisville and Wisconsin. It remains unclear if he will go to college in 2015 or ’16.

MINNEAPOLIS – After competing last year with Ohio Basketball Club on the Adidas Gauntlet and City Rocks in EYBL, Maverick Rowan is now playing for Each 1 Teach 1, based out of Florida.

The Class of 2016 lacks a lot of elite three-point shooters, but Rowan has cemented himself as one of the top shooters in the class. Don’t try telling him that he’s just a shooter, however.

“I can do other things besides shooting,” he told SNY.tv. “I can score off the dribble, I can create for others. I can do a lot of other things others than shoot.”