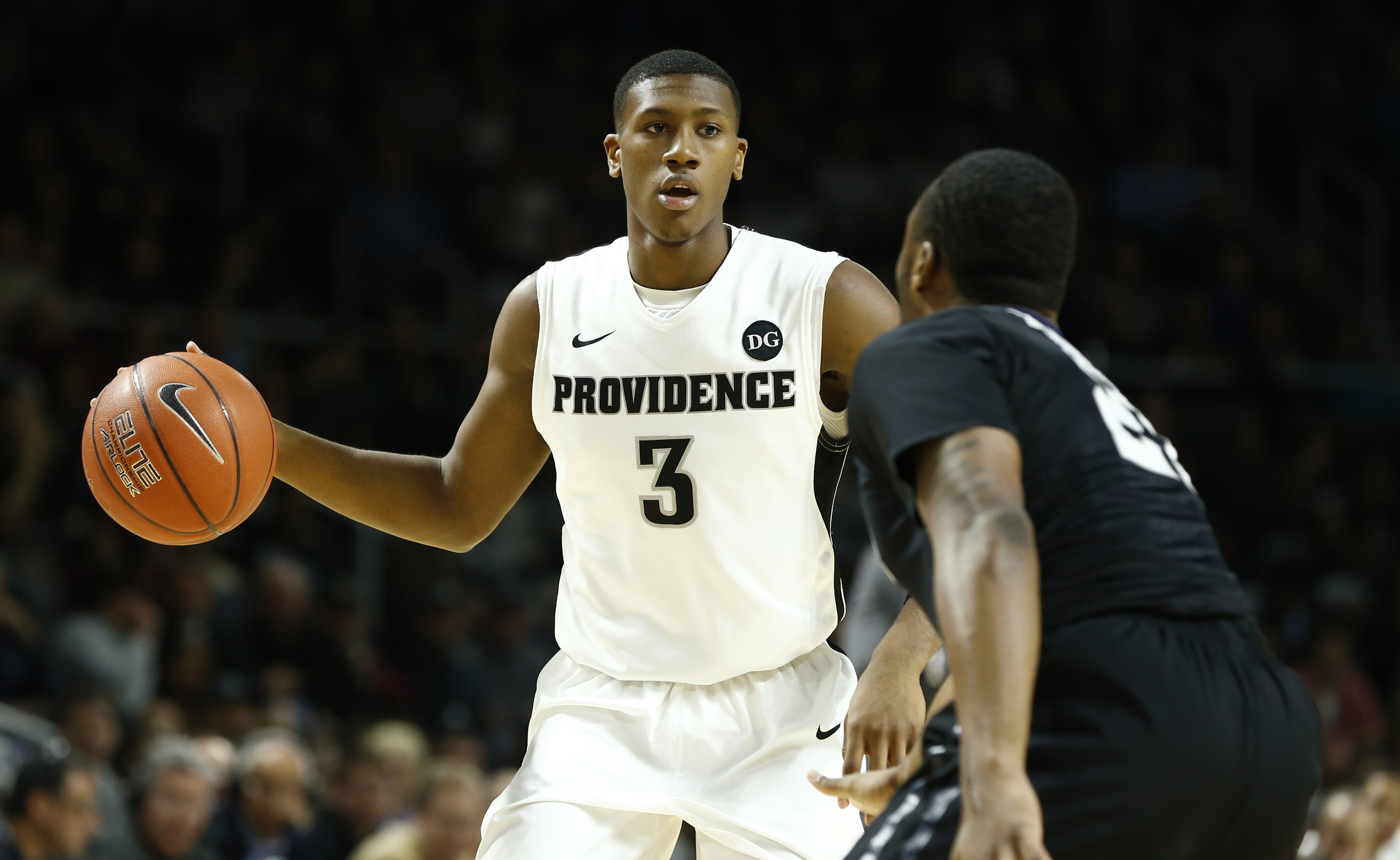 By JOSH NEWMAN Another projected lottery pick in the 2015 NBA Draft will return to school for at least one more season. Providence College redshirt sophomore point guard Kris Dunn announced Friday he will return for a fourth year next season. This, after the New London, Conn. native shot up draft boards this winter with his strong play, culminating with his being named Big East Co-Player of the Year. “I am excited about next season,” Dunn said in a statement Friday after Yahoo! Sports first reported the news earlier in the week. “I have seen this program accomplish a lot over the last three seasons and I would like to be part of some more success. I really enjoy being around my teammates, coaches and all the friends and family I have in Friartown. Lastly, I am looking forward to continuing my growth, improving as a basketball player and earning my diploma.” A 2012 McDonald’s All-American, Dunn’s career has been marred by shoulder injuries. Dunn tore his labrum and had surgery to repair it in June 2012 before he ever played a game for the Friars. He made his collegiate debut in Dec. and played in 25 games. More surgery was needed in Dec. 2013 and he ended up playing in just four games before taking a medical redshirt last season. Now healthy, Dunn flourished for the Friars last season, averaging 15.6 points, 7.5 assists and 5.5 rebounds, but also 4.2 turnovers per game. DraftExpress had Dunn projected as the No. 13 overall pick in 2015, but now has him as No. 12 in 2016. “Most kids would jump at the chance [to play in the NBA]. It’s their dream,” John Seldon, Dunn’s father, told the Providence Journal. “But Kris doesn’t want to just go to the NBA. He wants to play in the NBA.” “Smart move, scouts want to see him have back-to-back solid seasons and remain healthy,” one NBA scout told SNY.tv. “Give him the summer to develop a consistent jump shot, plus the 2016 Draft is a little weaker.” The 2016 draft has been strengthened lately with 2015 prospects opting for more school. This week alone, Utah 7-footer Jakob Poeltl and Michigan combo guard Caris LeVert both announced their intentions to return to school. Poeltl is now DraftExpress No. 7 in 2016, while LeVert is No. 17. Photo: USA Today Sports Follow Josh Newman on Twitter