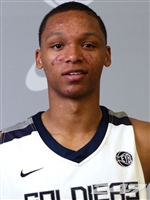 By JOSH NEWMAN NEW YORK – New California commit Ivan Rabb won’t get the chance to play with Caleb Swanigan next season, but that doesn’t mean the Oakland native isn’t recruiting this week at the Jordan Brand Classic. “I have been talking to Jaylen [Brown], especially since I committed, but at the end of the day, nobody’s going to follow me just because,” Rabb told SNY.tv on Wednesday morning at Terminal 23 in Manhattan. “It has to be the best fit for them and the best decision. I’m not going to pressure him, but I would definitely like to team up with him. “He’s a game-changer, it’s as simple as that. He’s not selfish and he’s great person off the court as well.” Brown is one of four uncommitted five-star prospects (Malik Newman, Stephen Zimmerman, Cheick Diallo) in New York for the Jordan Brand Classic, but Brown is arguably the most coveted. The No. 1 overall recruit in the Class of 2015 according to Scout.com, Brown is an explosive 6-foot-7 wing who is considering Cal, Kentucky, Kansas, UCLA, Georgia, Georgia Tech, North Carolina and Michigan. Brown is currently slotted as the No. 2 overall pick in the 2016 NBA Draft by DraftExpress.com. Rabb is a landmark recruit for Bears head coach Cuonzo Martin and assistant coach Yanni Hufnagel. Adding a player like Brown, plus retaining junior combo guard Tyrone Wallace, could go a long way to Cal being a factor in the Pac-12 and on the West Coast. Wallace is projected as the 37th overall pick in 2015, but there has been no announcement on his future. “I think as long as I go there, handle my business and play well, I think I can help change the program around,” Rabb said. “I think I can be a big piece of the puzzle.” Rabb also told SNY.tv he wasn’t sure if he would sign a National Letter of Intent or not, and would have to talk it over with his mother. The DraftExpress mock draft for 2016 is top-heavy with high school seniors, but Rabb is not one of them. In fact, he doesn’t appear anywhere on the 2016 draft board despite being a consensus top-7 national recruit. “I wasn’t impressed with Ivan Rabb,” Jonathan Givony of DraftExpress told SNY on the 4 Quarters Podcast Wednesday afternoon. “I’m not sure if he’s a one-and-done guy. I think he’s got a long way to go. We keep waiting for him to turn into this tantalizing prospect that we thought he would be two years ago when everyone had him No. 1 in his class, but it just hasn’t materialized. “He runs kind of funny, he’s not super-athletic. He has some nice skills around the basket, but I don’t see him being a devastating back-to-the-basket guy like Jahlil Okafor.” “You never know what could happen, but if I get the right development at the next level and stay humble, anything can happen,” Rabb said. “I think I have the potential to do that, we’ll see what happens this year.” Follow Josh Newman on Twitter