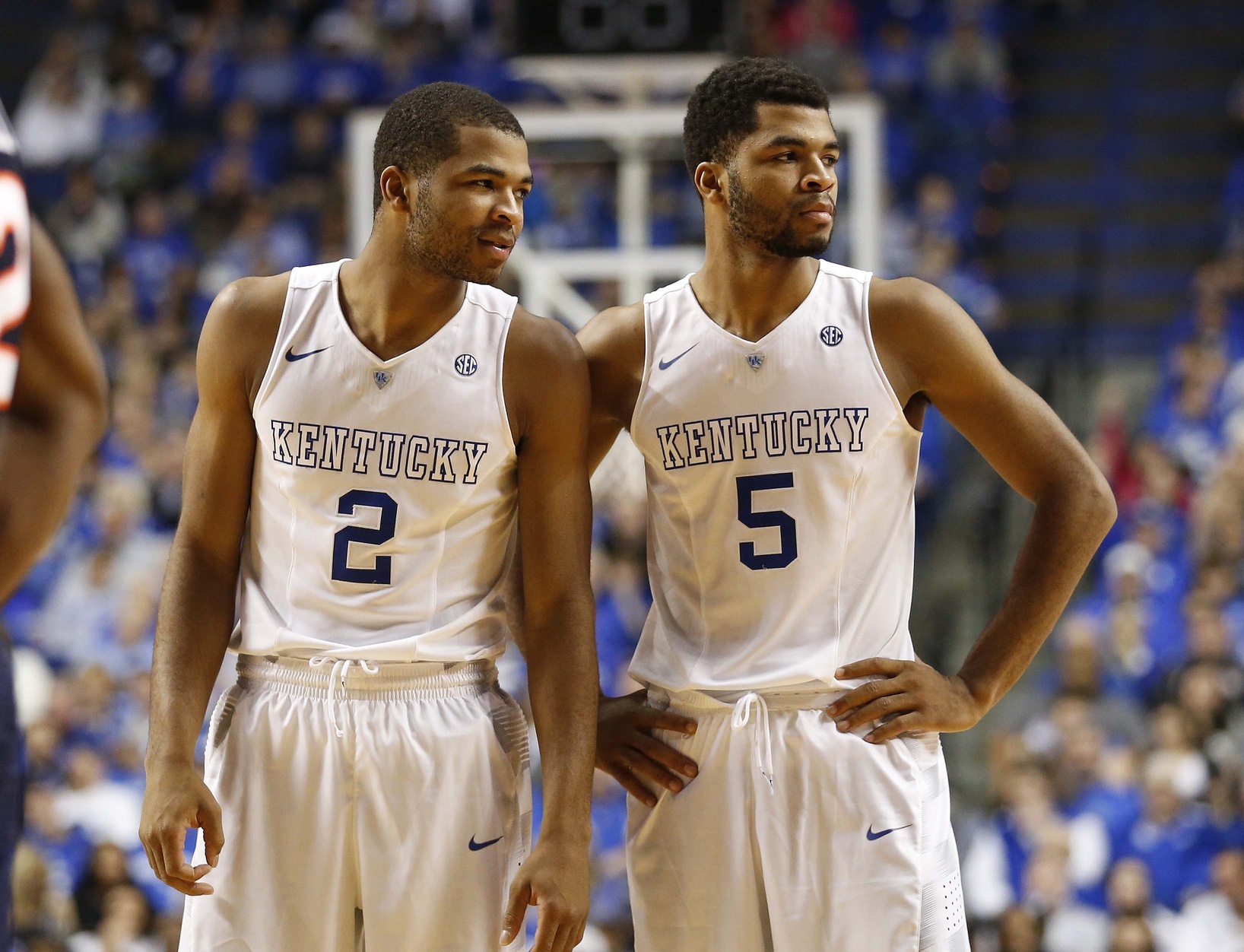 University of Kentucky sophomore twins Aaron Harrison and Andrew Harrison will both enter the NBA Draft, according to CBS Sports’s Gary Parrish. Parrish wrote that the twins will formally announce their intentions soon. “They came close last year,” Craig Brownson, who coached the twins at Travis (TX) High School, told Jerry Tipton. “I was glad they came back. “It wouldn’t surprise me at all if they decided to come out.” Andrew is projected to be the No. 53 pick in the draft, according to Draft Express. Aaron is not projected to be drafted, Draft Express said. According to an NBA scout, Aaron is the better NBA prospect than Andrew. One NBA scout tells SNY.tv they are among a group of at least five Kentucky players who “are gone” to the NBA. “I think I gotta take some time,” Aaron said after Kentucky’s 71-64 loss to Wisconsin, according to the Louisville Courier-Journal, “because you can’t make the right decision with emotion on you.” Kentucky announced a press conference for Thursday at 2:30 p.m. that “will include UK players who are ready to announce their NBA Draft decisions, as well as head coach John Calipari.” Calipari previously said he expected Karl-Anthony Towns, Willie Cauley-Stein, Trey Lyles and the twins to announce. Dakari Johnson and Devin Booker are still gathering information. Follow Adam Zagoria on Twitter And Like Zags on Facebook