With McCullough Departure, Syracuse Has Bigger Need for Bryant 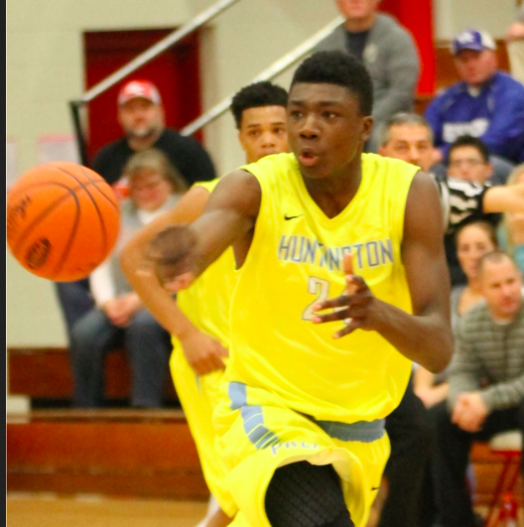 By KHADRICE ROLLINS & ADAM ZAGORIA INDIANAPOLIS — With Chris McCullough’s departure to the NBA Draft, Syracuse has an even bigger need now for Thomas Bryant. The 6-foot-10 forward from Huntington (W.V.) Prep went for 27 points, 19 rebounds and 3 blocks Thursday to lead his team to a 73-70 quarterfinal victory over Jaylen Brown and Marietta (GA) Wheeler in the Dick’s Sporting Goods High School Nationals at Christ the King High School in Queens, N.Y. The 6-7 Brown went for 29 points and 15 rebounds. Bryant is considering Syracuse, Kentucky, Indiana and Missouri, but said this week at the McDonald’s All-American Game that he hadn’t heard from Syracuse or Kentucky since January. Bryant has said that Indiana has been pursuing him hard, but he also said that Missouri is making a strong case. The two schools are appealing to Bryant for very different reasons, but it seems that both will have a good chance at landing the 240-pound big man. “Indiana, just having those veterans there, and having those guys that want you to come play with them, and would love for you to come play with them,” Bryant said at the McDonald’s Game. “And just not limiting anything you could do.” “And Missouri, having coach Rob [Fulford] there, who was my old high school coach, and having Montaque Gill-Caesar, who was my old teammate last year. Him and me have so much chemistry together. We love playing with each other.” Bryant also added that although Syracuse is still in the mix. They have an even huger need up front now without McCullough. Dajuan Coleman is expected back from knee surgery, and Syracuse will also add forwards Moustapha Diagne and Tyler Lydon. Bryant told Steve Jones of the Louisville Courier-Journal he could announce after Huntington Prep plays this weekend in the Dick’s Sporting Goods National Tournament in New York. Bryant said he could also announce after the event at some point. Follow Khadrice on Twitter Follow Adam Zagoria on Twitter And Like Zags on Facebook