By JOSH NEWMAN Jahlil Okafor has been the 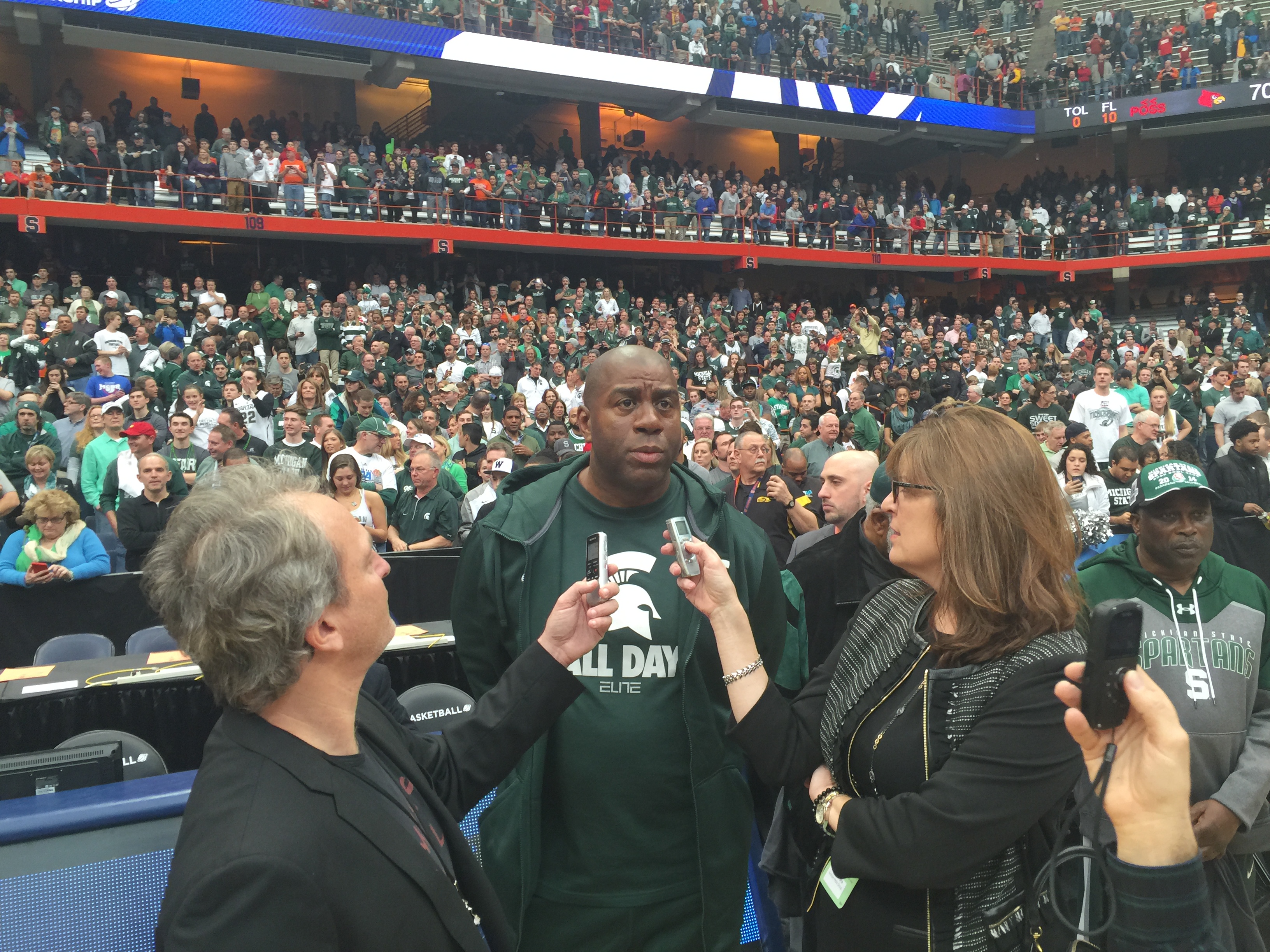 SYRACUSE — When it was over, Magic Johnson was all smiles.

Standing in front of the Michigan State bench, the Spartans legend was shaking hands, patting backs and offering encouraging words to the players who had just beaten Louisville 76-70 in overtime in the East Region final in the Carrier Dome to advance to the Final Four.

Mostly, though, the NBA legend offered still more support for Spartans coach Tom Izzo, who is headed to his seventh Final Four with a team that has 11 losses.

SYRACUSE — Former St. John’s legend Chris Mullin has been offered the St. John’s job and is expected to become the next head coach at his alma mater, a source confirmed to SNY.tv Sunday evening.

“He’s been offered the job and I’m 99 percent sure he’s going to take it,” the source said.

Jon Rothstein of CBSSports.com first reported the news, adding that a press conference could take place Tuesday or Wednesday on the eve of the Final Four.

The 51-year-old Naismith Hall of Famer has no head coaching experience and is currently an advisor to the Sacramento Kings. He would succeed Steve Lavin, who parted ways with the program on Friday after five years. Multiple sources said the Mullin-to-St. John’s hire was in the works before Lavin departed.

Earlier Sunday, Dan Hurley, who was considered another major candidate, agreed to a six-year extension with Rhode Island.

Adam Zagoria talks St. John’s tabbing Chris Mullin to be their next head coach and which assistants he could hire to round out his staff.

DePaul Dips Into Its Past to Hire Dave Leitao

SYRACUSE — DePaul dipped into its past to forge a path toward the future.

The school has hired former coach Dave Leitao as its new coach. He will be introduced at a press conference on Monday afternoon.

Loiter went 58-34 at DePaul from 2002-05, making two NITs and one NCAA Tournament. He then spent four years at Virginia, going 143-129 before serving as an assistant at Missouri and Tulsa under Frank Haith.

“This is a special day for my family and me,” said Leitao. “I underestimated what a special place DePaul University and the city of Chicago are when I left here in 2005. The dedication and support here to the growth of student success is second to none, not only for a basketball program but also for the entire student body. I’m proud and our team will be proud to represent this great institution in one of the world’s great cities. We will exude the work ethic that drives Chicago and the region every day and look forward to everyone joining us next season.”

Dan Hurley to Sign Extension at Rhode Island, No Longer a Candidate at St. John’s

SYRACUSE — Rhode Island coach Danny Hurley this week will sign a six-year extension that takes him through the 2020-21 season at the school and is no longer a candidate at St. John’s or any other school, a source told SNY.tv on Sunday.

Hurley had been considered a leading candidate to replace Steve Lavin at St. John’s, but later Sunday it came out that legendary former St. John’s player Chris Mullin is expected to take the job.

SYRACUSE — As Fordham continues to search for a replacement for Tom Pecora, several new names have surfaced.

Engles has guided NJIT into the CIT semifinals, where they will play at Northern Arizona Tuesday night.

Sources said Fordham is only offering about $500,000 which has turned away several high-profile coaches. Robert Morris coach Andy Toole already turned the job down. 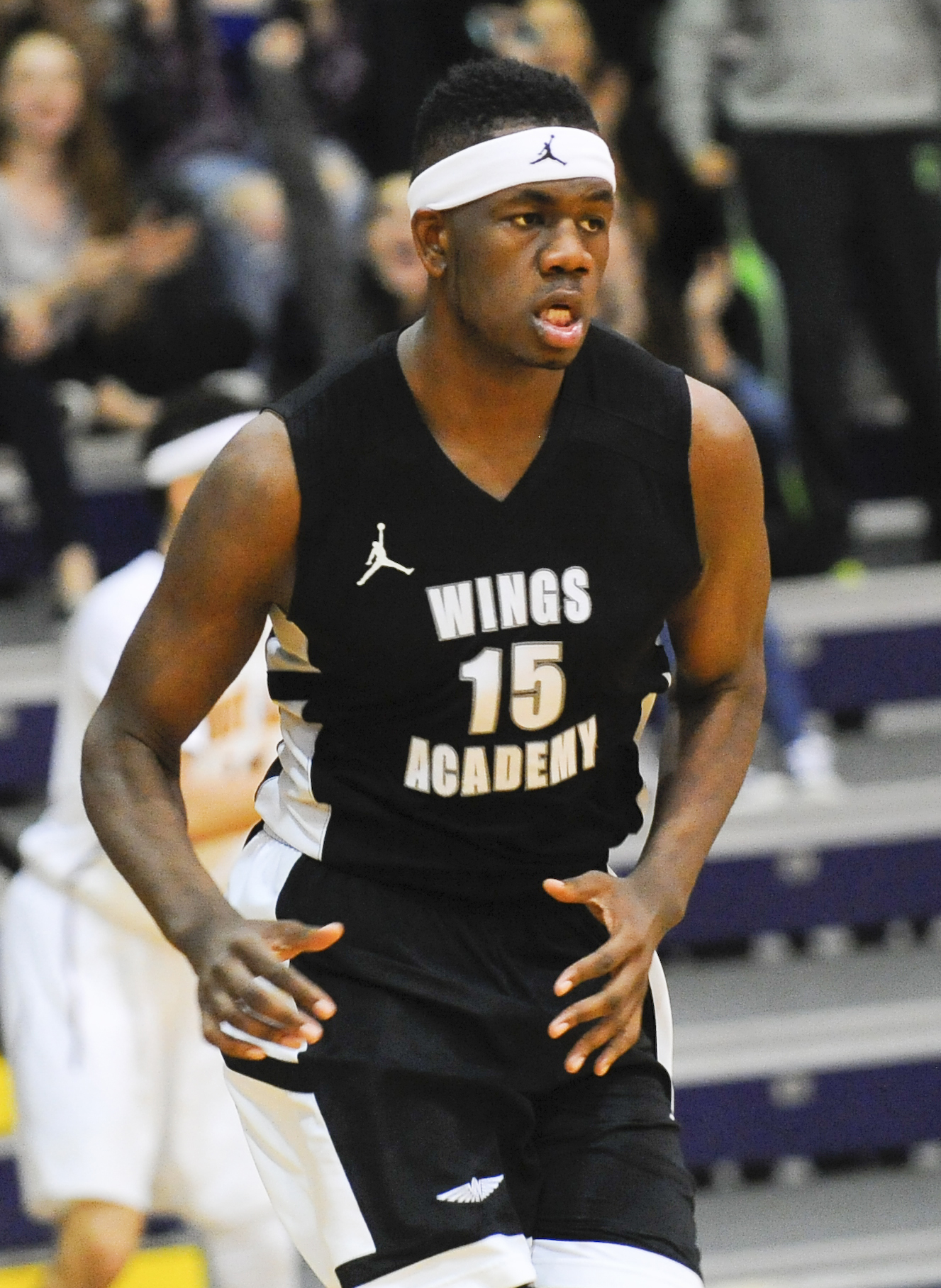 SYRACUSE — Given Wings Academy’s last three games, there is little doubt who the best team in New York State is.

Down 11 to Christ The King at the start of the fourth quarter, the Wings ripped off an 18-2 run to take charge on their way to a 79-73 win and the New York State Federation Class AA championship late Saturday night at the University of Albany.

“We just dug down deep,” Govan told the Daily News. “We didn’t want to go home the last loser.”