Rick Pitino: ‘St. John’s has to hire a great recruiter’ 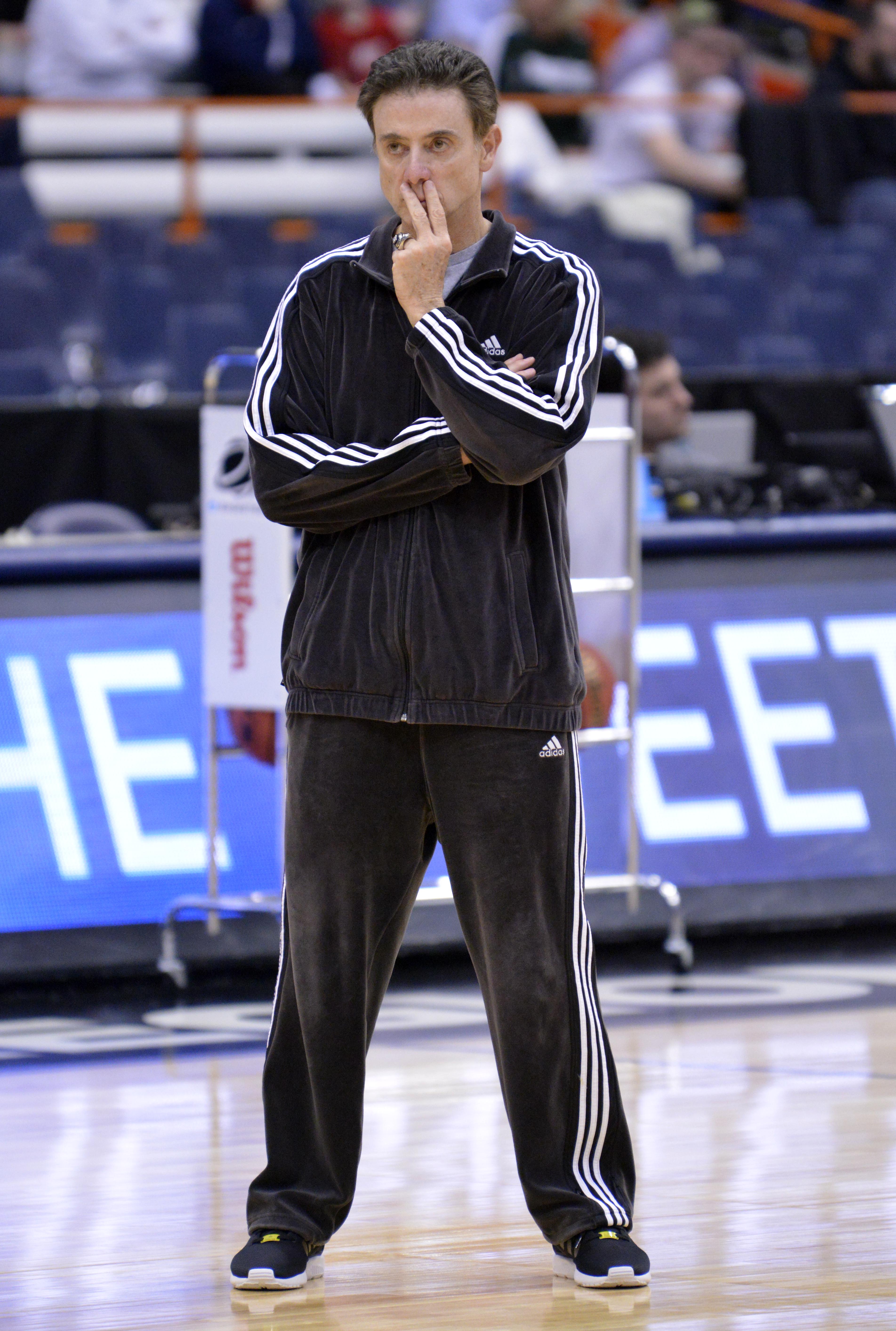 SYRACUSE — Rick Pitino was born in Manhattan and raised on Long Island. He knows New York City and what it takes to succeed in the Big Apple about as well as anyone. And even though Pitino is the Hall of Fame coach at Louisville — which meets Michigan State here on Sunday with the winner going to the Final Four — part of him always wants to see New York City basketball thrive. Now that St. John’s has a coaching opening in the wake of parting ways with Steve Lavin, the school is at a crossroads. There are some within the administration who want to hire Chris Mullin, the star of St. John’s last truly great team, the 1985 team that reached the Final Four. Some people will tell you it’s as good as done that the 51-year-old Mullin — who has never coached at the college or pro level — will be the next St. John’s coach. Other voices in and around St. John’s would love to see them hire a younger, more proven coach and recruiter, with Dan Hurley of Rhode Island and Steve Masiello of Manhattan the leading candidates. Minnesota coach Richard Pitino is not interested, sources told SNY.tv. “I’m sure Stevie Mas would want it,” Rick Pitino told SNY.tv. The elder Pitino said he has no horse in the race but knows that St. John’s needs to hire someone who can recruit and build a program to be successful in the long run. “College coaching is a lot different than pro coaching,” Pitino said here when I asked his thoughts on the matter. “Pat Riley leaving the booth, going into coaching, Steve Kerr, it’s a little different. College coaching is all about recruiting. It starts with recruiting. So whoever they hire, if he has the potential to be a great recruiter, regardless of how much he knows about basketball — because you’ve got to be on the phone with AAU coaches. You’ve got to get in at 6:30. You’ve got to work until late at night. So you’ve got to understand the dynamics of it.” 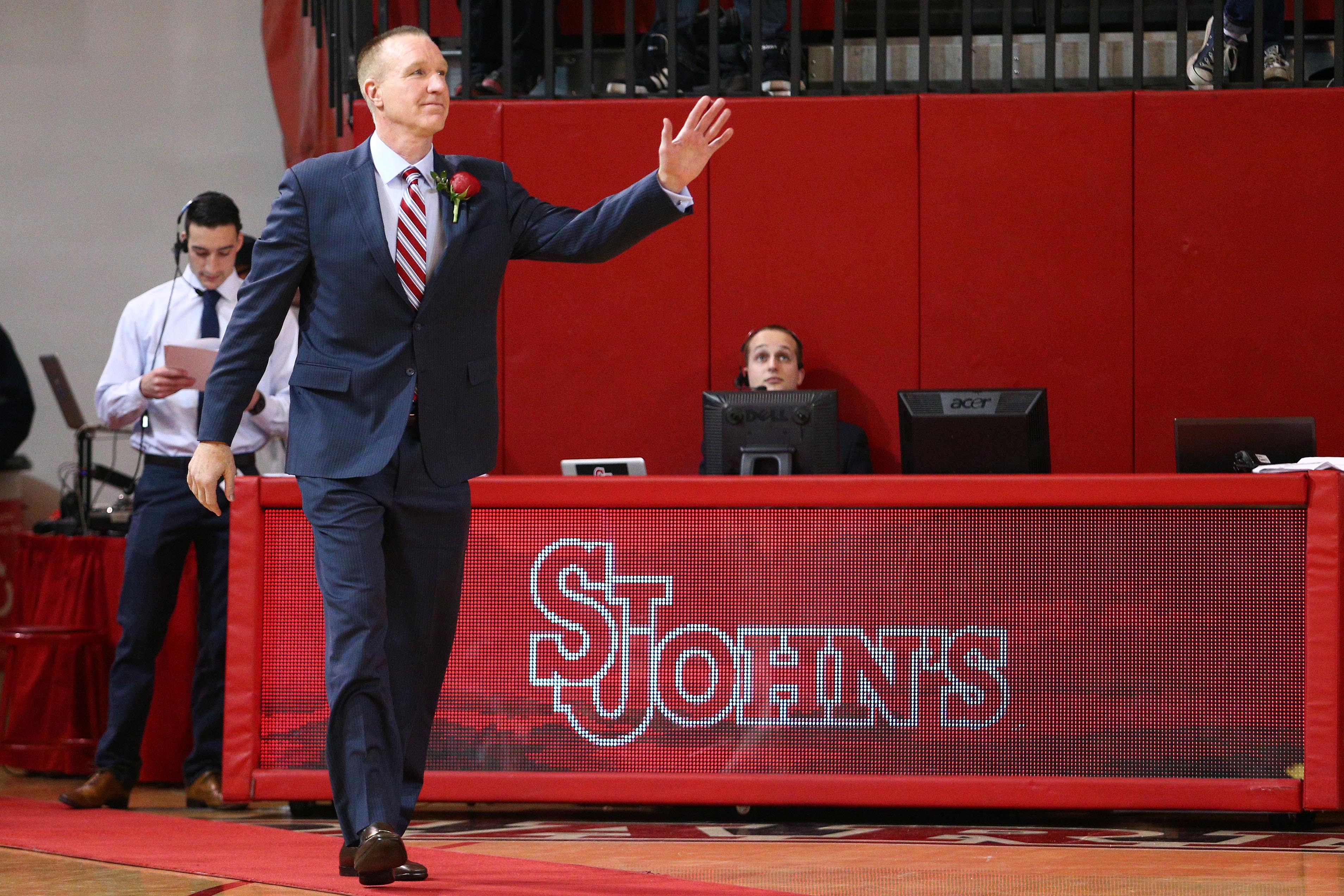 No one doubts that Chris Mullin knows the game of basketball, but does he really want to leave his job as a consultant with the Sacramento Kings to get in to the St. John’s offices at 6:30 and work until late at night? Does he really want to spend all of July out on the road recruiting, sitting on hard stands in hot gyms in places like Las Vegas, Milwaukee, Atlantic City and North Augusta, S.C.? Does he really want to battle sharks like Pitino, John Calipari, Jim Boeheim and Coach K for the best players in New York and New Jersey — many of whom have been flocking to Kentucky, Louisville, Syracuse and Duke for years now? Those guys love to not only win on the court, but they love to beat each other for players, too. Any basketball fan over a certain age knows Chris Mullin, but these 16-, 17- and 18-year-old kids probably have no idea who he is. Heck, they never saw Michael Jordan play live, either. If Mullin does get the job, he definitely needs to hire a killer staff that can recruit in New York and New Jersey as well as nationally. Trying to lure away his old friend Barry “Slice” Rohrssen — a fellow Brooklyn boy — from Kentucky would be a brilliant move. Rohrssen helped Kentucky beat St. John’s for Isaiah Briscoe and has also been involved in recruiting Cheick Diallo, who remains uncommitted for 2015. “College is so different than the pros,” Pitino said. “You’ve got to understand the game. The recruiting game is what it’s all about. There’s a reason why Kentucky’s Kentucky. Not only are they well coached, recruiting is a big part of that, and they get the best players. You’ve got to go out there, and it’s a whole different animal. I’ve coached at both levels. You’re dealing with a different animal all together.” 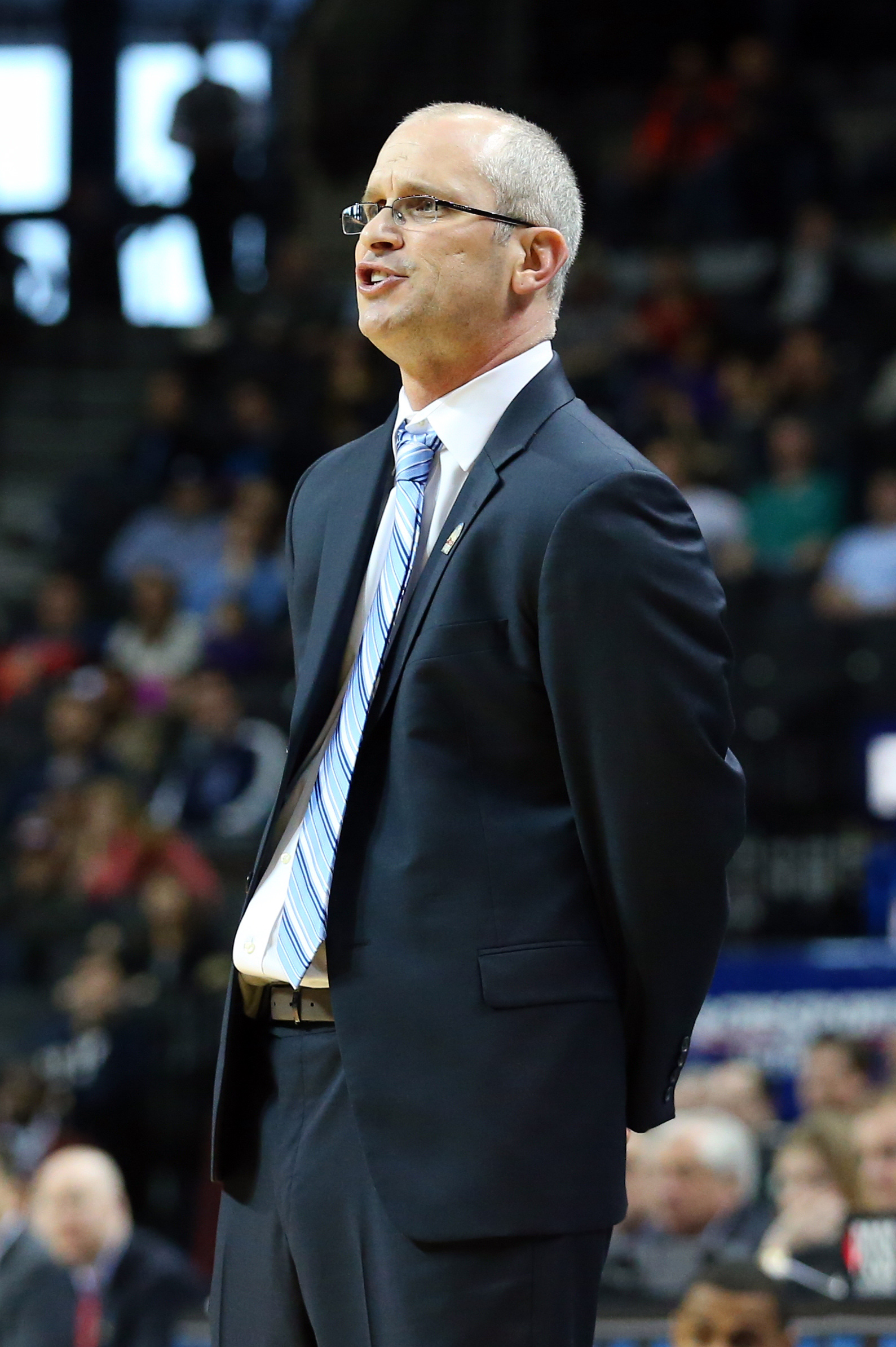 Hurley, 43, has an excitable personality and has yet to take a team to the NCAA Tournament, but the guy’s a proven recruiter and his coaching career is on the ascent. He comes from basketball bloodlines, with his father Bob Hurley Sr. a Hall of Fame coach who is more than 1,000 games over .500 for his career and his brother Bobby Hurley a two-time national champion at Duke who himself is in the mix for the DePaul and Arizona State jobs (but not St. John’s). He has turned around not one, but two, college programs in Wagner and Rhode Island and has the Rams poised to be perhaps the preseason No. 1 team in the Atlantic 10 with E.C. Matthews, Jared Terrell and Hassan Martin coming back and Kuran Iverson potentially getting a waiver. Before that, Hurley ran St. Benedict’s Prep for nine years, going 223-21 on a national schedule and coaching guys like J.R. Smith, Samardo Samuels, Greg Echenique, Tristan Thompson, Myck Kabongo and others. He knows all the AAU and high school coaches in the area, and knows what’s involved in navigating the complex world of recruiting. “Building a program is not just about fielding a winning team, it’s about building something that’s going to last,” Pitino told SNY.tv. “If I left Louisville right now, from a facilities standpoint, from a culture standpoint, this thing is built with the best brick in America. “[St. John’s] needs somebody not only to coach and scout and recruit but they need somebody to build the infrastructure of everything that goes into building a program.” Your move, St. John’s.   Photos: USA Today Sports