Kentucky, West Virginia Engage in War of Words Ahead of Sweet 16 Meeting 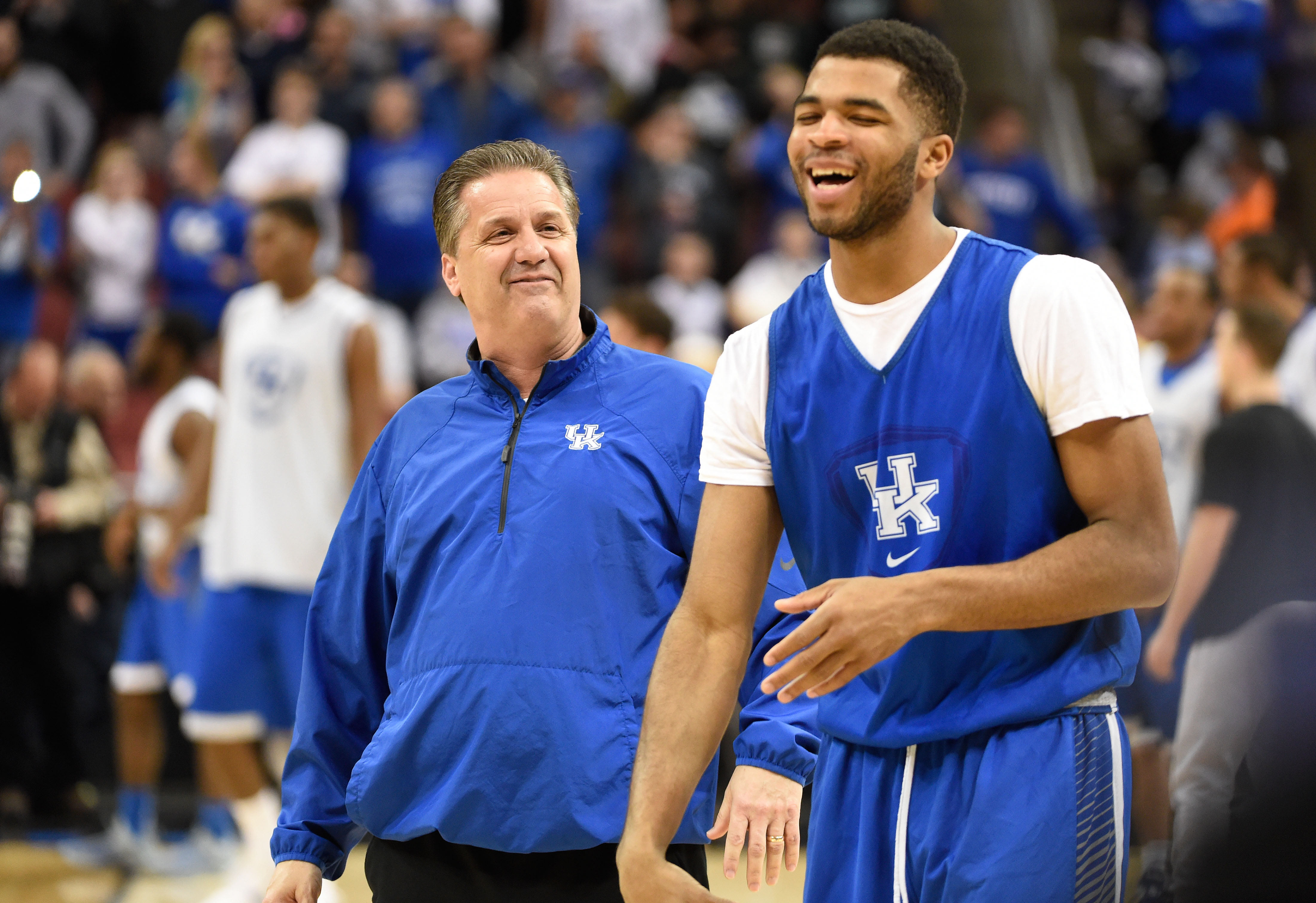 By JOSH NEWMAN With Kentucky at 36-0 going into a Midwest Regional semifinal on Thursday night against West Virginia, give Mountaineers freshman guard Daxter Miles Jr. credit for at least being confident. At the same time, given the Wildcats are four wins from the first-ever 40-0 season, it might have been a good idea to let sleeping dogs lie on the eve of the biggest game of the season. “I give them their props,” Miles Jr. told reporters on Wednesday at Quicken Loans Arena in Cleveland. “Salute them to getting to 36-0. But tomorrow they’re going to be 36-1.”. “No one’s invincible. Their time’s gonna come. We’re going to pull it out.” Predictably, once reporters were done with Miles, they took what he said to Kentucky’s nine McDonald’s All-Americans. The reaction was what you might expect. “That’s good,” 7-foot junior Willie Cauley-Stein said. “Adds fuel to the fire. It puts a different mindset in your head. You’re not just playing to win the game anymore.” “A lot of teams say things, but eventually you have to step in the ring,” Devin Booker said. “I don’t get it,” Aaron Harrison said. It motivates us.” With the jawing acting as a backdrop, the stage is now set for what was already shaping up as an intriguing game. Kentucky shot poorly and got crushed on the boards, but still managed to beat Cincinnati by 13 in the third round. West Virginia outlasted Buffalo and Maryland last weekend to advance to the Sweet 16 for the first time since 2010. In that 2010 NCAA Tournament, the second-seeded Mountaineers beat the top-seeded Wildcats, 73-66, in the East Regional final to advance to the Final Four. Kentucky featured a slew of future NBA players including John Wall and DeMarcus Cousins, but shot just 4-for-32 from 3-point range and 16-for-29 from the foul line in the loss. West Virginia head coach Bob Huggins is 8-2 in his career against his old friend, Kentucky head coach John Calipari, but most of that came when Huggins was at Cincinnati and Calipari was at Massachusetts. “Yeah, if Cal promises to miss his first 20 3’s like they did in 2010, that would help if we could get him to do that,” Huggins joked. “I’ve known John since he was in high school. I’ve played with one of John’s high school teammates, a guy named Joe Frizz. Joe was a freshman when I was a senior, and I think John looked up to Joe as a player so he was around a little bit, so that’s the first time I ever met him. I mean, we didn’t know each other great then. But then over the years we’ve got to be very close. We kind of grew up kind of the same way in the same area and a lot of things in common that way.” Follow Josh Newman on Twitter

Kentucky at Even Odds to Win NCAA Tournament, Arizona, Duke Next

Lavin, St. John's Have Had End-of-Year Talks, No Extension Discussed Yet