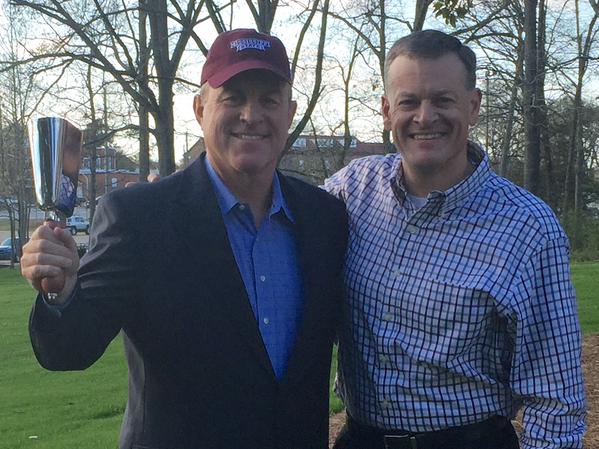 As had been reported, Ben Howland on Monday was officially named the 20th head men’s basketball coach at Mississippi State. His deal is reportedly for four years and worth a total of about $8.2 million. The job came open when Rick Ray was fired last week. A press conference to introduce Howland is set for 2:30 p.m. CT Tuesday on the floor of Humphrey Coliseum, and fans are invited to attend, the school announced. Howland is expected to hire former UCLA assistant Korey McCray to his staff, sources told SNY.tv. Howland, 57, comes to Mississippi State with an overall coaching record of 401-206 with stints at Northern Arizona (1995-99), Pittsburgh (2000-03) and UCLA (2004-13). “We have a coach who is a proven winner that’s taken three schools to the NCAA Tournament,” MSU AD Scott Stricklin said. “Ben is someone who is ready to invest in the people of Mississippi and Bulldogs everywhere, while bringing championship basketball back to the Hump. Mississippi State basketball can compete at the highest level, just as several of our other teams have done in recent years, and I’m excited to have coach Howland lead us back to that level.” In 10 seasons at UCLA, Howland led the Bruins to the NCAA Tournament seven times, highlighted by three-consecutive Final Four appearances (2006-08) in addition to four Pac-10 regular-season crowns (2006, 07, 08 and 13). He was the Bruins’ first coach since the late John Wooden to win three-straight conference titles (2006-08), and is the only head coach other than the legendary Wooden to have led UCLA to three consecutive NCAA Final Four appearances. “I’m just so humble and grateful to be the new basketball coach at Mississippi State university,” Howland said. “I’m elated and excited the opportunity build a consistent winner here at State. I know we have some of the greatest fans in the country and I look forward to making them proud of our team and our efforts. Hail State.” Howland was in the mix last year for the openings at Oregon State, Marquette, Tennessee and Missouri, but did not land any of those jobs. He spent this past year as an analyst at Fox Sports 1 after getting fired by UCLA in 2013. “What happened last year with him not getting Marquette, I know he ‘s not going to allow that to happen again this year,” one source said before the hire became official.   Follow Adam Zagoria on Twitter And like ZAGS on Facebook